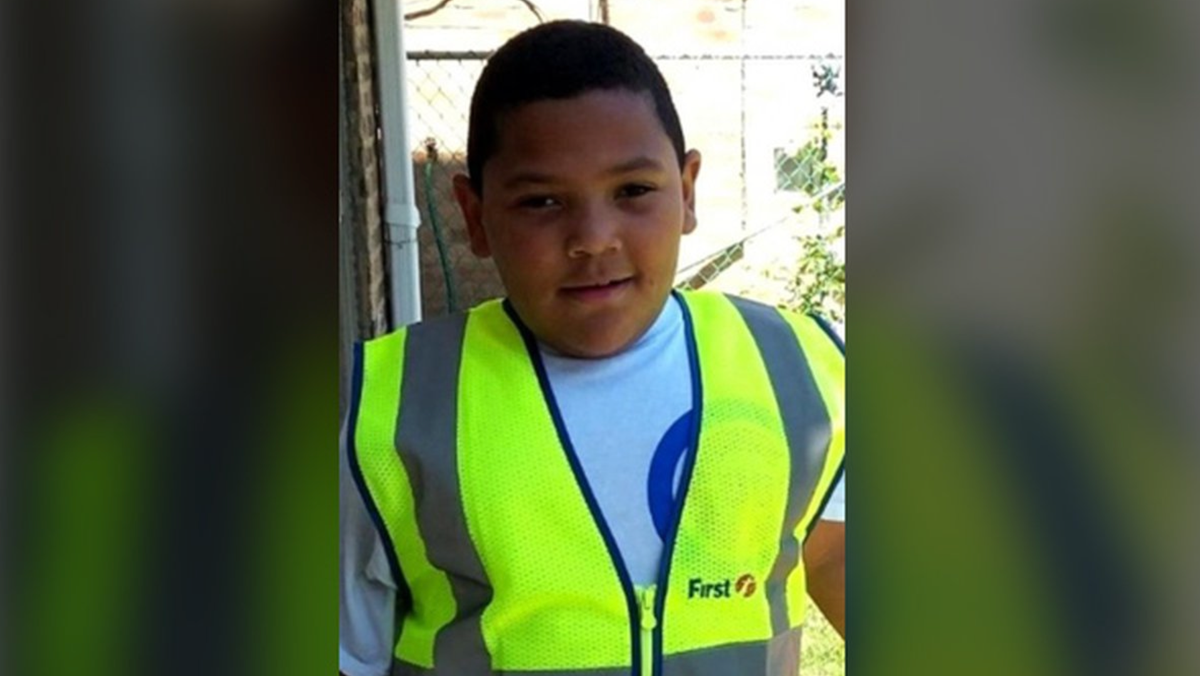 The mother of a 11-year-old boy who was killed at an Iowatheme park has spoken of the terrifying moment their raft flipped, trapping the family underneath the water.

Parents Sabrina and David Jaramillo had just boarded the Raging Raft ride at Adventureland Park when it appeared to malfunction, they told state investigators in videos obtained by the Des Moines Register.

The raft began filling with water and overturned within minutes, and continued to scrape along the bottom of the concrete course as six family members were held in the submerged raft by their seatbelts, the Jaramillos told investigators.

David Jaramillo suffered a broken shoulder when the raft collided with a concrete wall, and further aggravated the injury as he tried to push the raft to keep moving, he said.

Son Michael Jaramillo suffered sever injuries and was pronounced dead in hospital the next day. Another son, also called David, spent a month in hospital in a medical-induced coma as he recovered from his injuries.

Ms Jaramillo told state investigators that she knew something was wrong as soon as the family boarded the ride.

Their raft began bumping up against the concrete walls, as its air blades failed to keep it afloat.

“The water got my two boys.”

The raft submerged after turning a corner and wasn’t visible to the ride operators, Mr Jaramillo said.

The parents tried to get the four children out of the raft, and when Ms Jaramillo exited she thought she was the last one to be freed.

She then saw her husband screaming.

“He said ‘they’re still under’. So he went under to try to lift it up, and I tried to lift it up with him. But we couldn’t do it.”

When the ride finally stopped, nearby contractors pulled the boys out and performed CPR on them, the Des Moines Register reported.

Guy Cook, a lawyer for the family that owns Adventure Park, told The Independent that incident was “the result of unusual and unique factors coming together at once”.

He said safety was the number one priority at Adventureland Park, and had a long history of safe operation.

“The park has left no stone unturned in determining how this tragedy occurred and what appropriate measures should be taken in the future,” Mr Cook said.

The Independent did not immediately hear back to a request for comment from the Iowa Department of Public Safety.

White House memoir by Jared Kushner to be published in August