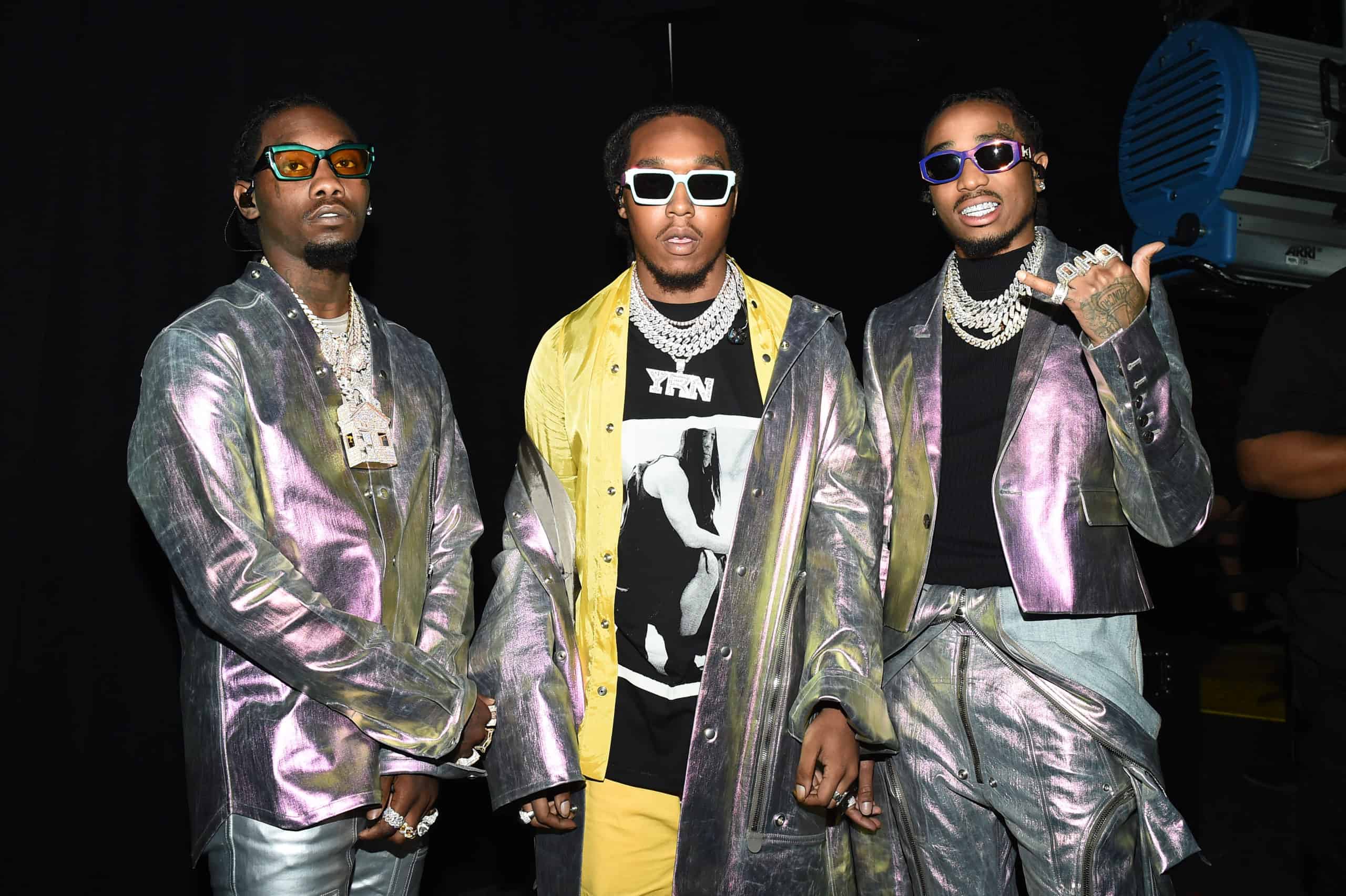 What’s a lit summer without the Migos?

Roomies, y’all know the Migos have always served us good ad libs and slappin’ hooks. From their lingo, fashions, and overall persona, the group has indeed been a great addition to our culture.

Y’all know whether it’s a brunch or a kickback, Migos will give us a lit soundtrack that highlights the summer.

With the release of their new album, ‘Culture 3,’ Migos stepped into The Shade Room and put us all the way in their business. From people stealing their flows to their drip, they explained why they should be included in the rap Mount Rushmore conversation.

Rocking the ‘Culture 3’ jeans and their own Migos fashions, Quavo, Takeoff, and Offset kept it 100 on various topics.

When asked about the online conversation about who should be included on the Mount Rushmore of rap, Offset stated, “They really count us out cuz we in a group. Just like ‘XXL Freshman,’ during the time we couldn’t be on there cuz we was a group and they don’t do groups. It’s should be a little circle with all three heads on the lil Mountain Rushmore cuz we don’t birth a lot of this.”

Quavo added, “Y’all gotta throw us in there. Y’all talking eras, the current era been around for the last five years. You gotta throw us in there.” It’s no secret that the Atlanta group is influential and some can argue that many artists after them have a similar delivery. During our interview, Quavo explained that you can’t speak about an era without mentioning the Migos.

“It ain’t necessarily about the sound. When you say “sound” people misunderstand that and think we mean voice sound. Nah, we’re saying your cadence is the same. It’s similar. It gets some similarities,” Quavo stated. He continued, “When you say somebody look like somebody, they may not look like that person but they favor a person.”

Letting us know that they must be included, he added, “I think y’all just took a bit of seasoning and try to make it your pot, but you can’t have the dish without that seasoning.”

The Migos continued to speak about being “great Black men,” and coming out with a dictionary for their lingo. They also expressed love for the fans and the Roommates.

Take a look at the interview below, Roomies. Get into it!

Want updates directly in your text inbox? Hit us up at 917-722-8057 orhttps://my.community.com/theshaderoom

Taraji P. Henson To Star in “Annie Live” this December