For chef Christine Ha, good food is more than a simple pleasure.

“I feel like cooking is a way of self-expression and of being able to share myself and my story with other people,” Ha says. “Cooking for someone else is also a way to show love.”

Learning to cook – and adapt

Love is what drew Ha to cooking in her early 20s. She didn’t grow up wanting to become a chef. But missing her late mother’s Vietnamese home cooking in college prompted her to “reverse engineer” her mom’s dishes from memory. In the process, Ha taught herself to cook – a skill she had to continually refine as her eyesight slowly faded.

Dr. Sanjay Gupta introduces you to people who have overcome medical challenges and, by following their passions, have made bold changes in their lives.

“This was happening simultaneously,” Ha recalls. “I would always have to find new ways to adapt and cook the same recipes again, but using different tools or different senses, or just upping my game.” 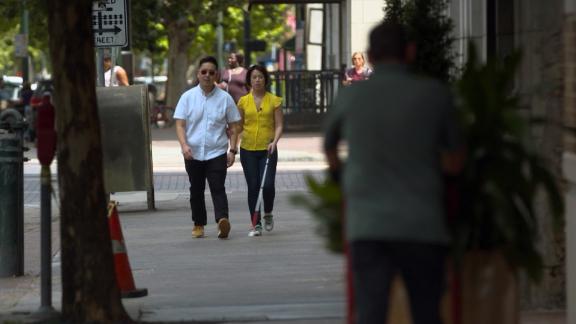 Ha met her husband, John Suh, while she was losing her vision. “I was honest with him from the beginning and he still stuck around, and he’s the kind of person that pushes me to still be independent,” she says.

After four years of tests, Ha was relieved to get a diagnosis: neuromyelitis optica, an autoimmune condition similar to multiple sclerosis that affects the optic nerves. Ha can still see some shadows, faint light, and contrasting colors – similar to a foggy mirror after a hot shower.

Ha learned how to navigate with a cane, read braille, and use screen-reader technology. She also adapted mentally.

“It was really about changing my mindset as well to feel like I’m not necessarily unable to do something, but just to think of creative solutions, to achieve the same goals in a different way.” 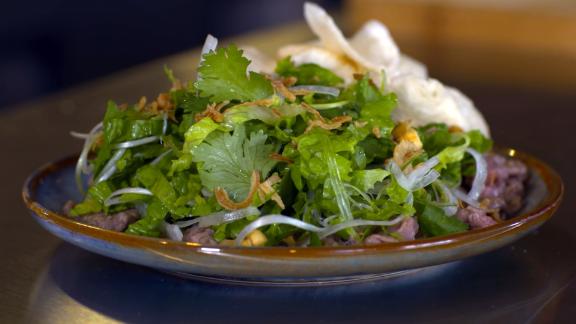 In Ha’s kitchen, that means everything is ultra-organized. All tools have their places. All spices are in order. Items are labeled in Braille, and the stove knobs have “bump dot stickers,” corresponding to heat level.

Beyond that, Ha navigates the kitchen with her other senses, which she’s “more in tune with” after losing her vision. “I have to use my hearing, my sense of touch, my smell, to kind of know what’s going on around me and orient me,” she adds. 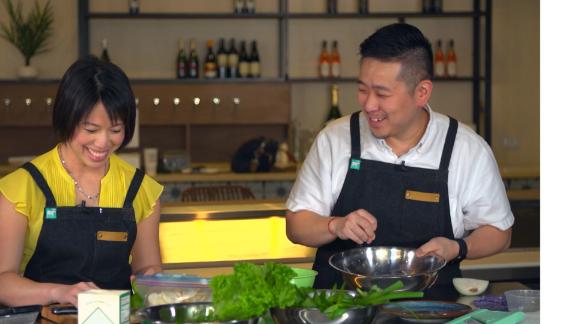 Ha and Suh are partners at The Blind Goat.

When Ha was in graduate school studying creative writing, friends and family encouraged her to audition for the competitive cooking TV show “MasterChef.” At the very least, Ha thought it would be something unique to write about. Instead, she wowed the famously tough judges.

Since winning the third season of “MasterChef” in 2012, Ha wrote a best-selling cookbook, “Recipes from My Home Kitchen.” She served as a judge on “MasterChef Vietnam,” hosted a Canadian TV show for cooks with visual disabilities, and worked with the United States government as a culinary envoy to the Middle East and Eastern Europe. In 2014, she became the first chef honored with the Helen Keller Personal Achievement Award from the American Foundation for the Blind. 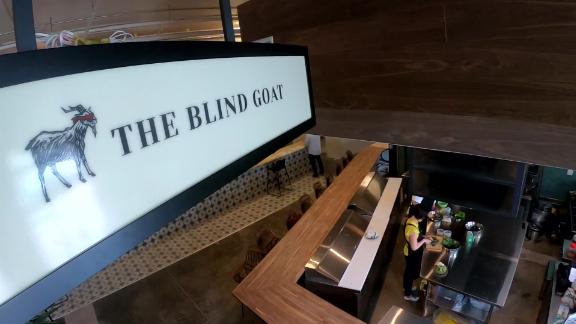 Ha imported specially made pans from Vietnam to offer one of her favorite street foods, bánh khọt (shrimp fritters), to customers.

Adding to her list of accomplishments, Ha opened her first restaurant, The Blind Goat, this summer. She describes the casual downtown Houston eatery as “a modern Vietnamese gastropub” with a menu inspired by street foods of Southeast Asia.

The restaurant’s name is a play on her moniker – ‘The Blind Cook’ – combined with her astrological sign in the Vietnamese zodiac. Ha later learned “GOAT,” or “G.O.A.T.,” is also popular Internet slang for the Greatest Of All Time. “I’ll take that!” she chuckles. 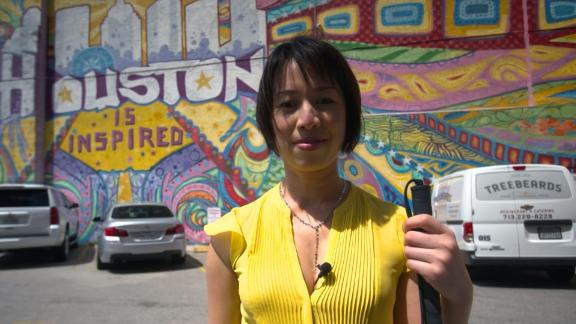 Ha says Houston, where she grew up, is known for its Vietnamese food scene, but she didn’t want to open another pho shop: “I want to put my own personal stamp on the menu and the dishes.”

In all seriousness, though, Ha fights to defy others’ expectations.

“As a woman, as an Asian American, as someone who is female and trying to work in a commercial kitchen, as someone who has a vision impairment – all of these things, I feel like can be viewed as a handicap, or as something that’s lesser. So sometimes I feel like people don’t expect as much from me,” she says.

“So I put 100% into everything I do. And that just proves to other people eventually that, ‘hey, she has the tenacity and the determination to keep challenging herself and other people’s perspectives.’”