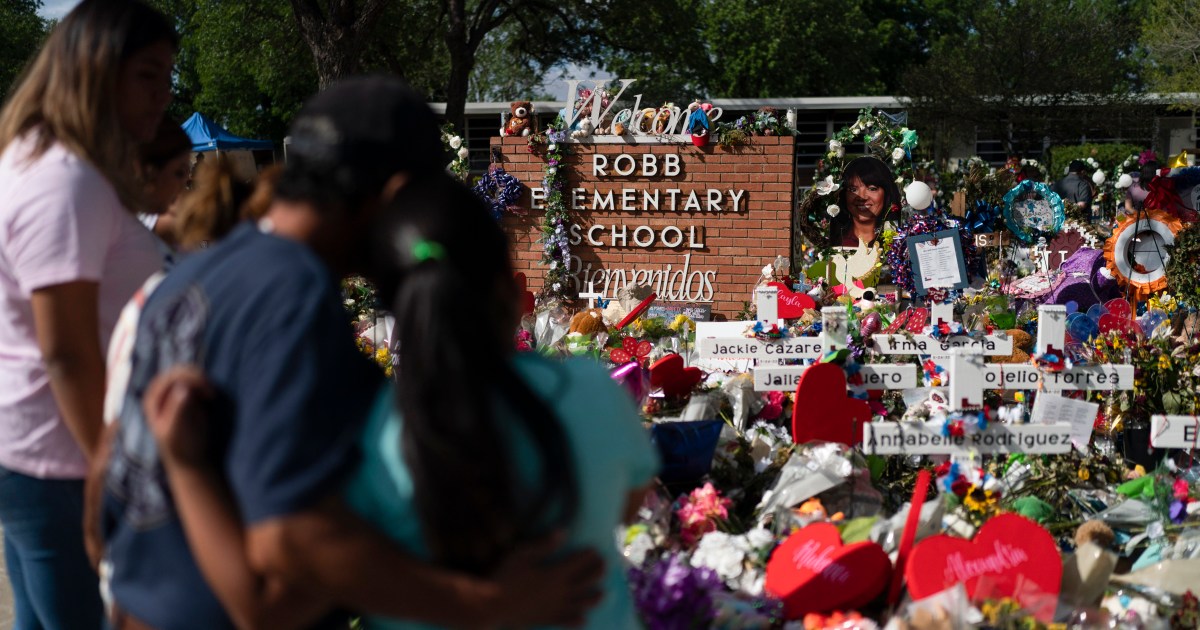 A gunman killed 19 children and two teachers in an attack at the Texas school in May.

The primary school in Uvalde, Texas where a gunman wielding a semi-automatic rifle fatally shot 19 students and two teachers will be demolished, the city’s mayor has said.

Uvalde Mayor Don McLaughlin did not give a timeline for when the school would be demolished.

“You can never ask a child to go back or teacher to go back in that school ever,” McLaughlin said at a council meeting on Tuesday.

The move echoed the decision to demolish the Sandy Hook Elementary in Newtown, Connecticut a year after a gunman killed 20 children and two staffers inside.

The mayor’s announcement came several hours after a senior Texas official said the law enforcement response to the shooting at Robb Elementary School was “an abject failure”.

Texas Department of Public Safety (DPS) Director Steven McCraw told a Texas Senate hearing that the onsite commander made “terrible decisions” during the May 24 attack and that officers at the scene lacked sufficient training, costing valuable time during which lives may have been saved.

“There is compelling evidence that the law enforcement response to the attack at Robb Elementary was an abject failure and antithetical to everything we’ve learned,” McCraw said.

Days after the shooting, the Texas DPS said as many as 19 officers waited for more than an hour in a hallway outside classrooms 111 and 112 before a US Border Patrol-led tactical team finally made entry.

McCraw detailed what he described as several needless delays in the response, including a search for a key for the door to the classroom where the gunman was attacking, even though the door was not locked, and could not be locked from the inside.

“Three minutes after the subject entered the west building, there was a sufficient number of armed officers wearing body armour to isolate, distract and neutralize the subject,” McCraw added.

“The only thing stopping a hallway of dedicated officers from entering Room 111, and 112, was the on-scene commander, who decided to place the lives of officers before the lives of children,” the director said in the hearing, referring to Uvalde Schools Police Chief Pete Arredondo.

Arredondo, who did not speak at the hearing, had previously said he did not consider himself the commander in charge at the scene of the attack and that he did not order officers not to breach the door. He said he left his radios outside of the school, snarling communication, in order to respond to the attack more quickly.

On Tuesday, the US Senate agreed to the first major federal gun-control legislation in decades, although the legislation does not include an assault weapons ban long sought by gun control advocates.