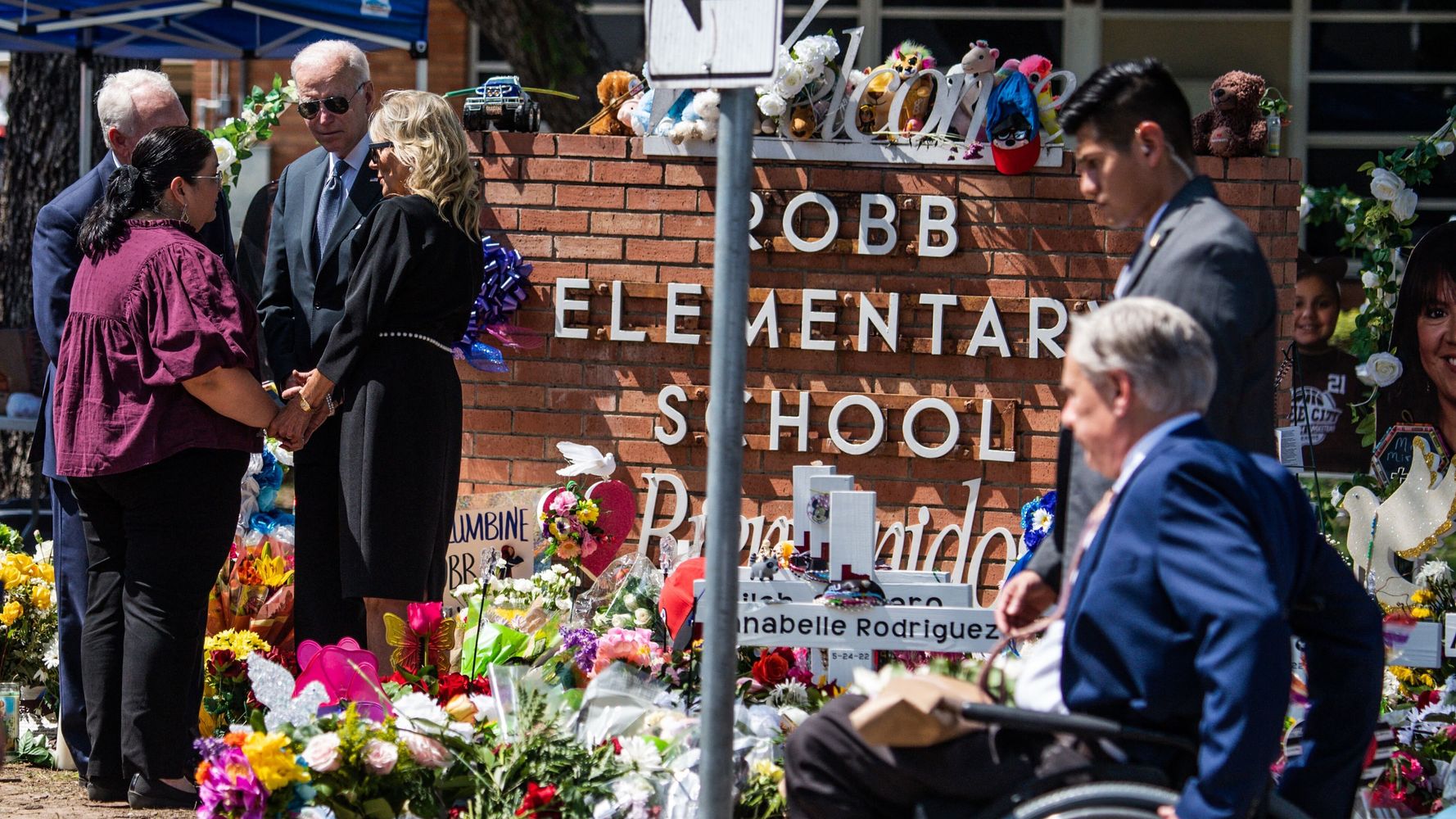 President Joe Biden was warmly greeted when he visited Uvalde Sunday, but Texas GOP Gov. Greg Abbott was loudly booed as he approached the makeshift memorial at the elementary school where 19 children and two teachers were killed last week in a mass shooting.

“Shame on you, Abbott!” a voice could be heard amid the boos and shouts from the crowd fenced off from officials visiting the site.

“Please, Governor, help Uvalde County! We need change! Our children don’t deserve this,” a man shouted. “Our children are under constant attack in this community. We need help.”

The community has become increasingly critical of the Republican governor’s stubborn defense of easy access to guns, including particularly devastating assault rifles like the kind used in the elementary school shooting after they were legally purchased by the 18-year-old gunman.

Abbott joined those gathered at the site seconds after Biden and First Lady Jill Biden, who arrived to applause and cheers. The Bidens, both tearful, could be seen talking to and hugging school officials.

After a Mass later, a crowd outside chanted: “Do something.” Biden responded as he exited the church: “We will.”

The Bidens spent several hours visiting victims’ families and survivors and also met with first responders. Uvalde was Biden’s third presidential trip to a mass shooting site, including one earlier this month to Buffalo, New York, where a white supremacist suspect killed 10 Black people at a supermarket.

I hope he can hear the boos from all over Texas and the country. https://t.co/X5LuFWxFDW

President Biden and the First Lady arrive at the memorial for the Uvalde victims at the Robb Elementary School.

The crowd cheered for them as they walked up. pic.twitter.com/pAXZDHpOCo

The horrific attack on the school children has sparked heated new protests in the face of politicians reluctant to modify lax gun laws and a powerful gun industry financing their campaigns.

Beyond Uvalde, a massive crowd of protesters clamoring for gun control gathered outside the National Rifle Association’s weekend convention in Houston.

Following his controversial speech at the NRA convention, Texas GOP Sen. Ted Cruz was confronted in a nearby restaurant by a constituent Saturday, who angrily told him: “Nineteen children died! That’s on your hands! Ted Cruz, that’s on your hands!”

Texas has been the site of eight mass shootings in the last 13 years as lawmakers have loosened gun restrictions.