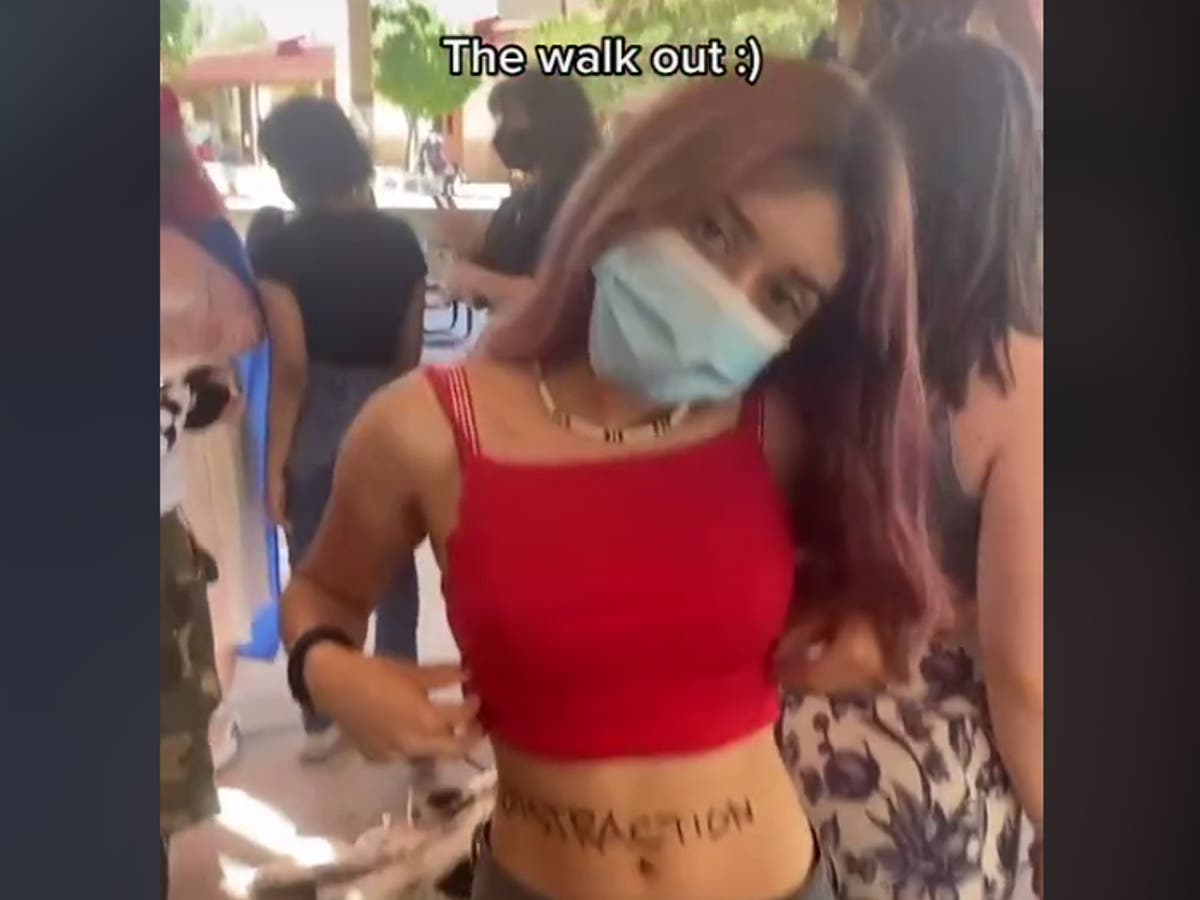 A group of high school students in California have gone viral after walking out of lessons in protest at a “sexist” dress code.

In a protest on 3 June, the students allegedly walked out of school after the principal called an assembly on dress code, and girls showing “too much midriff”.

It was put together by teenager Evita Frick-Hisaw, who shared images of the protest to TikTok and Instagram, where she discussed the issue in a series of videos.

The teen argued in a TikTok video her school’s dress code “is sexist towards women and perpetuates rape culture. It makes us very uncomfortable”.

“We as students feel like what we wear is not distracting towards others or affecting anyone’s learning environment, she continued, “we should not be kicked out of school for wearing a crop top”.

Students, who were filmed wearing crop-tops for the protest, also covered the school’s hallways with posters reading “If children’s midriff’s distract you, you shouldn’t be working with children”.

She wrote in a caption: “Our body our choice, it isn’t our fault they’re distracted. They can’t take away our confidence and self expression”.

All students were encouraged to take part in the walk out, with some male students seen in images wearing crop tops in protest at the “sexist” policy.

According to Newsweek, the students were from the performing arts academy of Natomas Charter School in Sacramento, California. The Independent has approached them for comment.

Over 3 million people have since watched Evitaa’s TikTok protest video.