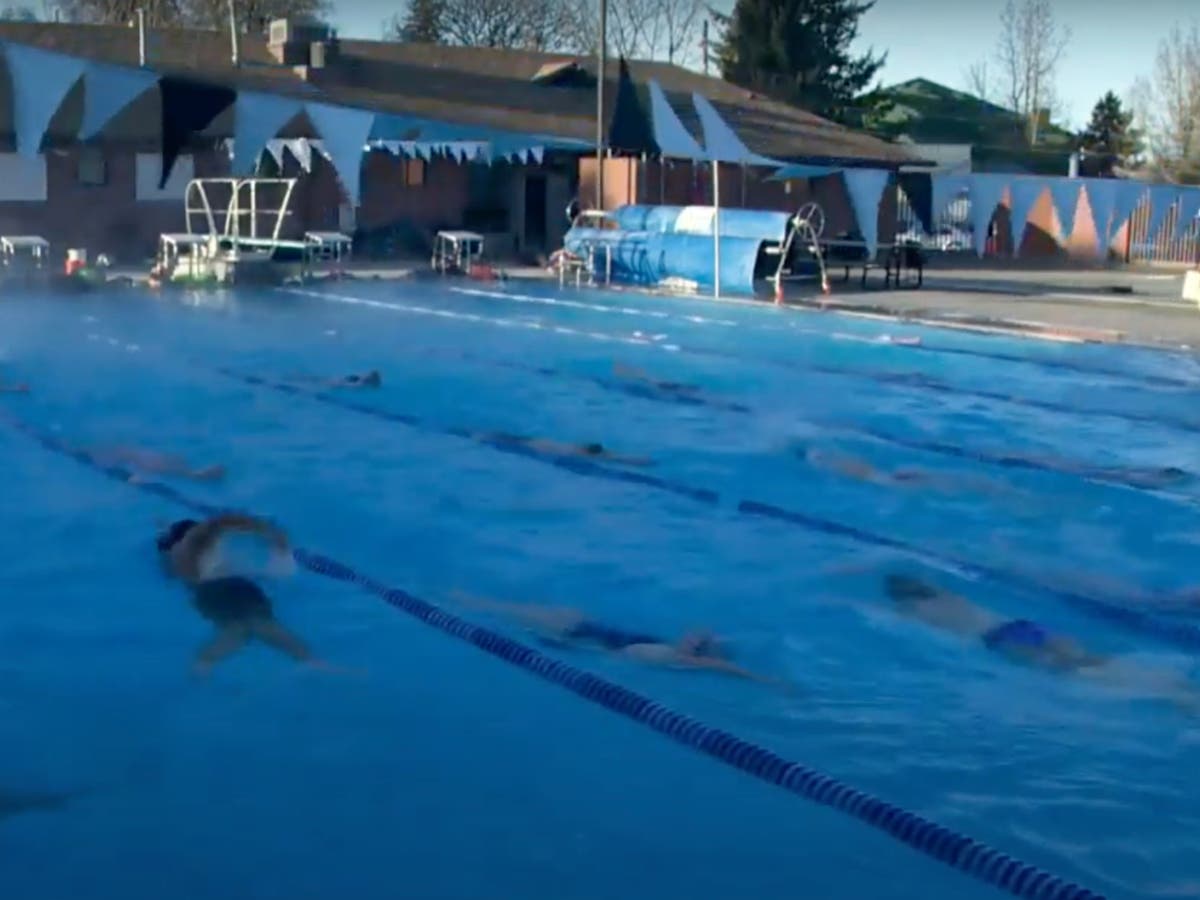 A lawsuit has claimed that a 14-year-old swimmer drowned after her teammates pulled a heavy plastic cover over the pool without noticing that she was still in the water.

Nabila Maazouz was found dead in the pool at the Hillsboro Shute Park Aquatic & Recreation Center in Oregon. She was discovered under the cover which she had been helping replace after the end of a practice.

The incident took place on 19 November 2019 and the family has now filed a $70m wrongful death lawsuit against the school district, the city, and the company behind the pool cover.

Nabila was a student at Oregon Episcopal School and a member of the Liberty High School swim team.

KOIN reported that on the night that she died, the swim coach instructed the team to unfurl the pool cover, which created suction into the water.

Nabila and other teammates were in the water when they took hold of the cover and pulled it towards the deep end of the pool, then swimming back to grab another cover and repeat the procedure. After the second over was pulled across, Nabila never came out of the water.

The lawsuit alleges that the teammates exited the pool and that the coach shut off the lights to end the practice, but that no one noticed that Nabila was missing.

Nabila’s mother Patricia Maazouz grew worried as she saw the team leave the facility without her daughter. A search was initiated after Ms Maazouz went inside to ask the coach and other staff about her daughter’s whereabouts. Nabila was found under the covers in the deep end of the pool 20 minutes later where she had been trapped.

The lawsuit claims that the ThermGard pool covers were “defective” and “unreasonably dangerous”.

The manufacturers, Universal Filtration Inc, stand accused of not providing proper warning labels, with the seller BK Reilly & Co also being named as a defendant. None of them has made comments on the legal action.

Hillsboro Parks & Recreation Department and Hillsboro School District are guilty of negligence, the lawsuit claims, for allowing the covers to be used and for swimmers to swim under them, failing to look after swimmers as they unfurled the covers, not providing proper training to staff, for not having a lifeguard on hand, and for missing that Nabila didn’t exit the water.

“Our hearts remain with the Maazouz family and everyone in our community who has been devastated by the tragic death of Nabila,” a city spokesperson told KOIN.

“The City of Hillsboro is committed to caring for the safety and well-being of all community members at all city facilities. Because this is pending litigation, we will not be issuing additional comments,” they added.

Ms Maazouz told the local station that while the lawsuit means they have to relive the tragedy, she hopes it will prevent similar deaths in the future.

“The thing that makes it so bad is that Nabila’s death was preventable,” she said.

“We hope this lawsuit will make changes in the aquatic industry to prevent further tragedy from happening,” she added.

“We continue living every parent’s worst nightmare,” she said. “Those responsible need to be held accountable, and we don’t ever want another family to go through what we are going through.”

Prisons, border wall: How GOP is looking to use COVID money

Israel carries out mass arrests of Palestinians after jailbreak