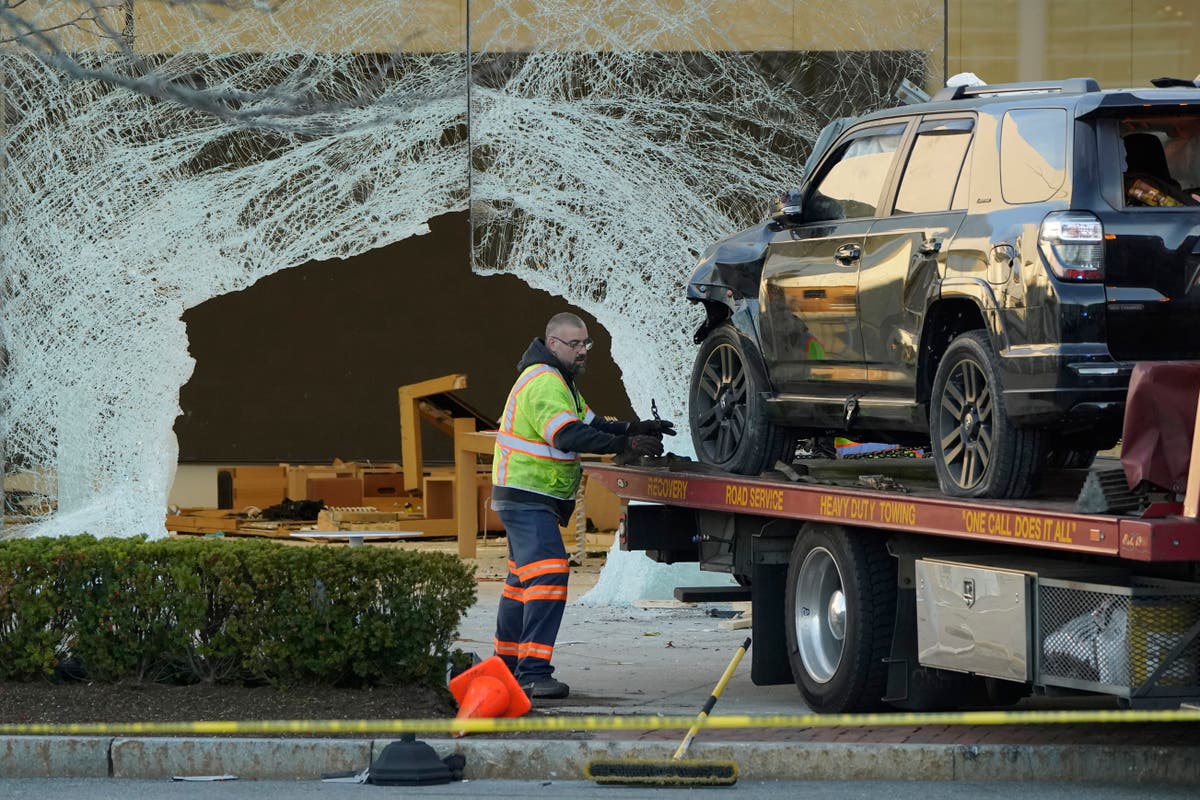 The driver of the SUV that crashed into an Apple store in Hingham, Massachusetts, has been identified and charged.

One person was killed at least 19 were injured during the incident in the Boston suburb on Monday morning.

Bradley Rein, 53, of Natick, has been arrested and charged with reckless homicide by motor vehicle, according to the Plymouth County district attorney’s office. He was arrested on Monday night and arraigned in Hingham District Court on Tuesday morning.

District Attorney Tim Cruz made the announcement in a tweet on Tuesday morning.

According to court documents, Mr Rein told investigators he was looking for an eyeglass store when his right foot became stuck on the accelerator of his Toyota 4Runner. He attempted to brake with his left foot but was unable to stop.

CBS Boston reports that Mr Rein told investigators he had no medical issues that would impair his ability to drive. A preliminary Breathalyzer test resulted in a reading of 0.00-per cent.

According to Vermont State Police, Mr Rein was issued a citation for drunk driving after a crash in Roxbury, Vermont on 19 December 2020.

On Monday, the district attorney’s office named the one fatality of the mass casualty incident as Kevin Bradley, 65, of New Jersey.

The crash took place at approximately 10.45am on Monday in the shopping centre on Derby Street in Hingham, a coastal town southeast of Boston.

The dark-coloured SUV smashed through the plate glass windows at the front of the store and plowed through knocking people out of the way and pinning some to the far wall.

Fourteen victims were taken to South Shore Hospital and two more were taken to facilities in Boston. There were also several walking wounded.

South Shore Health said at a press briefing that they treated everything from head trauma to limb damage. Multiple people were described as having life-threatening injuries.

The driver, Mr Rein, was in the presence of police officers after the crash and an active criminal investigation was launched.

There are no details on the circumstances surrounding how the crash occurred, nor what speed Mr Rein was driving.

Trump rebuked for call to suspend Constitution over election

Kody Brown often has trouble taking responsible, for, well… anything at all. The self-centered polygamist, for example, doesn’t want to