Five players from St Helens and four from League Leaders’ Shield winners Catalans Dragons have been named in this year’s Dream Team; Overall, six of the competition’s clubs are represented; Seven players have earned their first Dream Team selection

Super League have revealed the 13 players who will make up this year’s Dream Team, with five coming from St Helens and four coming from League Leaders’ Shield winners Catalans Dragons.

Man of Steel nominee Sam Tomkins earns his sixth appearance and first since 2013 after being named as full-back, with team-mates Tom Davies, Sam Kasiano and James Maloney all included for the first time too.

There is a first appearance for St Helens’ highly-talented 20-year-old Jack Welsby, who takes one of the centre berths alongside team-mate Mark Percival – included in the Dream Team for the third time.

Of the rest of the Saints contingent, Morgan Knowles is named at loose forward for the third year in a row, while Alex Walmsley and Jonny Lomax earn their third selections after the reigning champions finished second in the regular season.

“I have had the pleasure of watching these extraordinary athletes perform to the highest levels, week in, week out this season and it is a tremendous reward to see them recognised with a place in this year’s Betfred Super League Dream Team,” said Man of Steel panellist, Sky Sports rugby league pundit and four-time Dream Team member Terry O’Connor.

Along with the top two being well-represented, there are players from Hull Kingston Rovers, Leeds Rhinos, Salford Red Devils and Wigan Warriors included in the team. 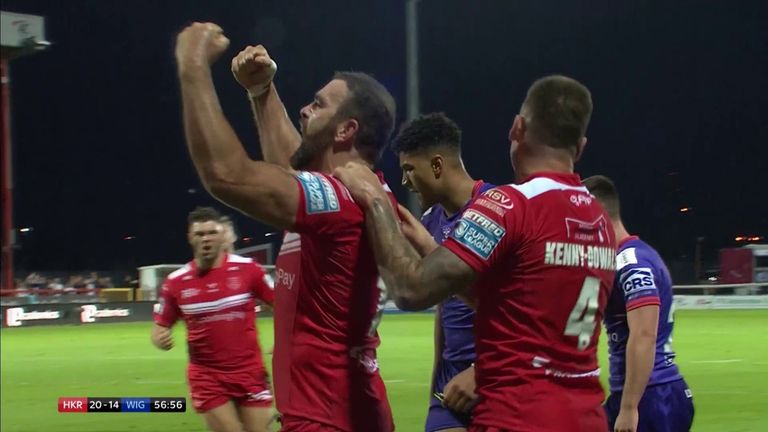 Kane Linnett’s efforts in helping Hull KR reach the play-offs for the first time since 2013 have seen ‘The Big Red Machine’ rewarded with his maiden Dream Team selection in the second row alongside returning Wigan man Liam Farrell, who makes his fourth appearance overall.

There is also a first Dream Team selection for Kruise Leeming, who gets the hooker role after starring there in 2021 but has also shown his versatility in a Leeds Rhinos shirt this year by putting in some strong displays as a stand-in half-back.

Salford winger Ken Sio, who finished as Super League’s leading try-scorer during the regular season with 19, is another newcomer in one of the wide positions.

“To see players from half of the teams in the competition I think shows the depth of talent currently on show in Super League, even more so when you consider some of the players who missed out on a spot in the Dream Team,” O’Connor said.

“It is always great to see new faces break into the Dream Team and the inclusion of the likes of Jack Welsby, Tom Davies and Kruise Leeming this year is fantastic.

“A special mention must go to Liam Farrell and Morgan Knowles who have retained their positions for a third year running – a fantastic example of their talent and consistency.”