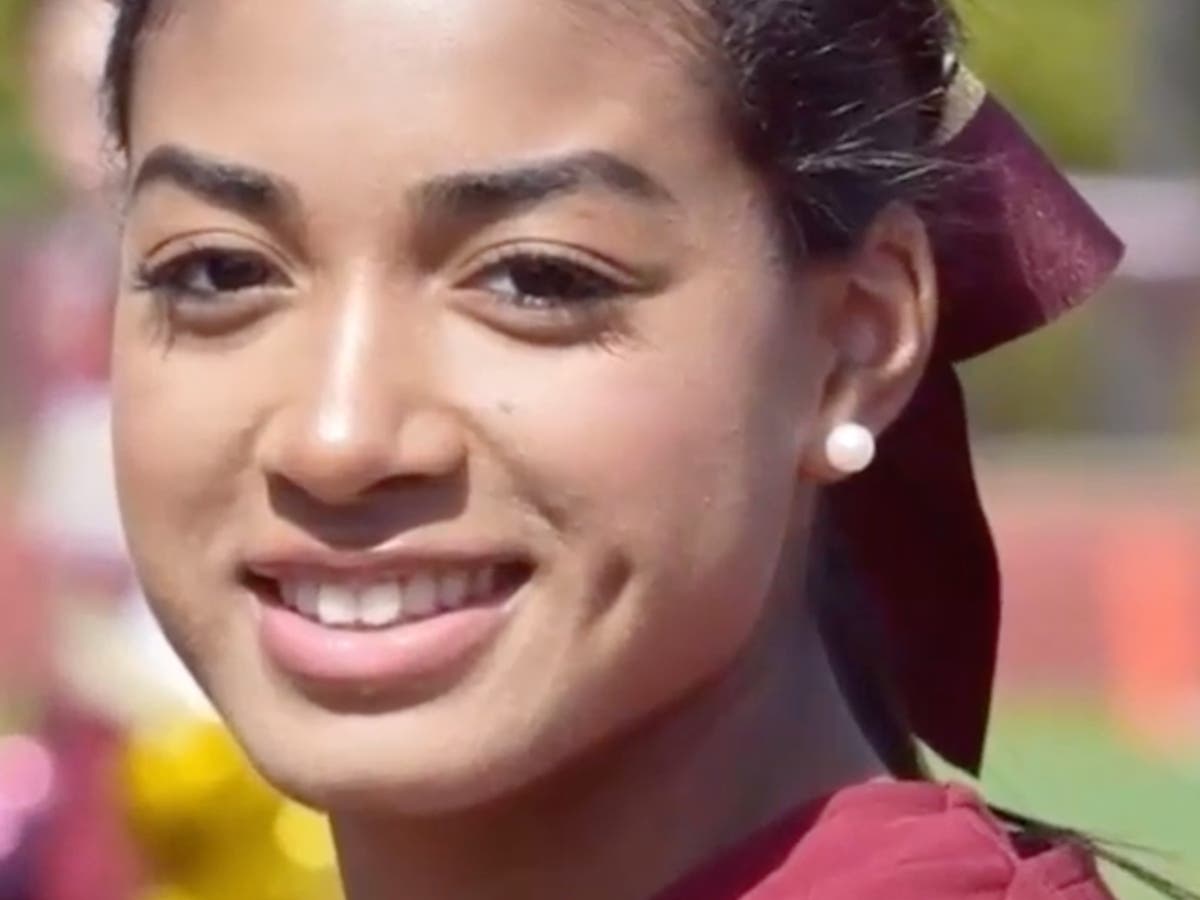 The mother of the student who fell 11 stories to her death down an apartment building’s trash chute, has vowed to get to the bottom of what happened to her daughter.

New Jersey college student Justine Gross was found dead by a trash hauler who was emptying a truck into landfill the day after she was reported missing.

Surveillance footage shows Justine Gross leaving her 10th-floor apartment on the evening of November 10, to meet a man on the seventh floor, her mother Francoise Gross told NJ Advance.

Justine Gross’s roommates told her mother she had gone to smoke marijuana at the man’s apartment.

Surveillance cameras caught her coming out of the man’s apartment with him and then later, apparently alone, running onto the 11th floor. She can then be seen on the footage getting in the trash chute, which was the last time she was seen alive.

While State College police have said the incident was “accidental in nature,” Francoise Gross suspects there is more to the story, and believes her daughter was being chased.

Francoise Gross said: “They want me to believe she walked into that chute. I believe someone was chasing her and she went into the chute, thinking it was a staircase.”

Francoise Gross said she spoke to the man her daughter was smoking with. “I said to him, “You’re the last one to see my daughter, what happened?” she said, continuing: “He said, kind of casually, like ‘She came down and I gave her a smoke.’”

The man told Francoise Gross her daughter had had “a really bad reaction, a panic, or whatever,” after smoking the marijuana, and that he was trying to take her back home, where her roommates were waiting.

Increasing her mother’s suspicions, at 11:22 pm, just before her tragic fall, Justine Gross messaged her friend on Snapchat saying: “Something just happened.”

Police have not released any details about the investigation, and claim that the family has requested they withhold information – but Francoise says this is not the case.

“They just want to move on,” she said.

A candlelight vigil will be held on Friday night on the football field of her high school in Summit, where she was an honors student and cheerleader and her funeral is set for November 20.

“I will bury her, but I want to know what happened to her,” said Francoise Gross.

This Expo pavilion makes its own water and energy