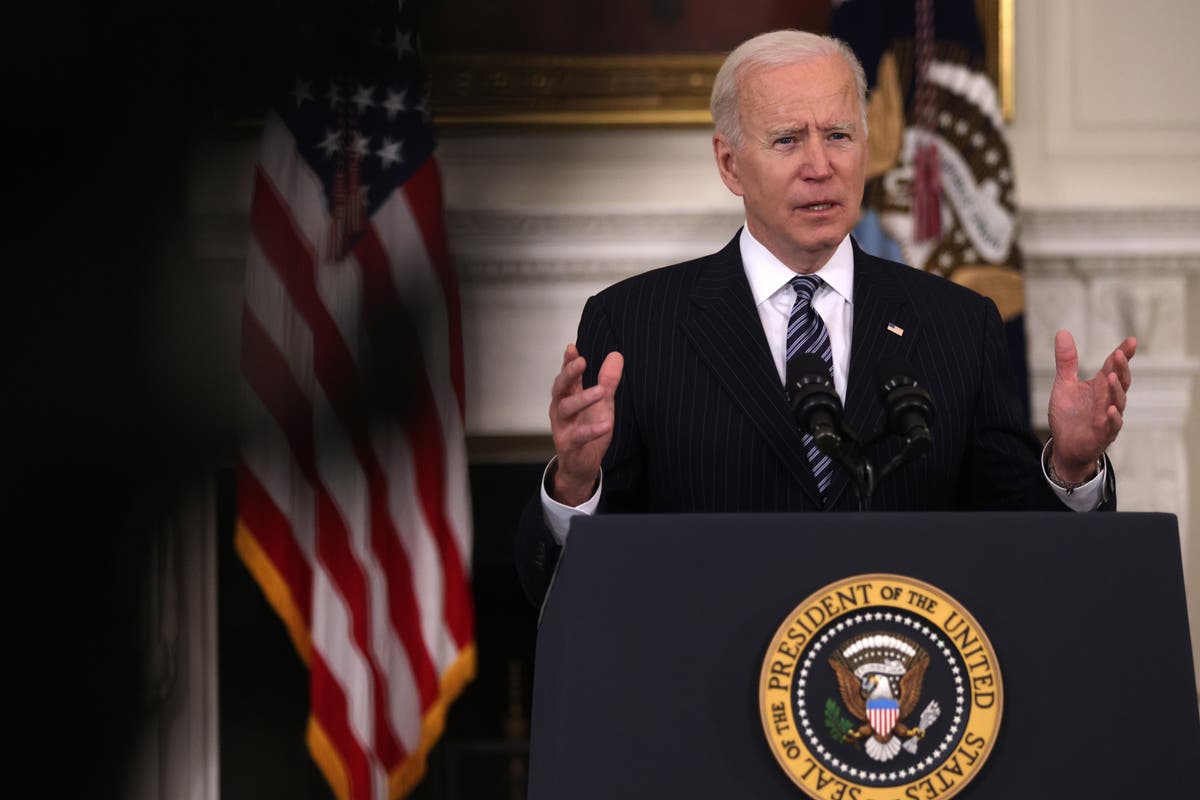 Following growing backlash against newly implemented voting restrictions in Georgia, including Major League Baseball withdrawing its All-Star Game from the state, President Joe Biden said it is “reassuring” to see the private sector speaking out.

“It is reassuring to see that for-profit operations and businesses are speaking up about how these new Jim Crow laws are just antithetical to who we are,” he told reporters on Tuesday.

“The other side to it too is when they do in fact move out of Georgia, the people making hourly wages sometimes get hurt the most,” he said. “But I respect when they make that judgment.”

He urged Republican lawmakers in Georgia – among at least 47 states mulling dozens of GOP-backed legislation to restrict access to the ballot – to “smarten up” and “stop it”.

The president was responding to a question over whether he believes the Masters Tournament, the annual professional golfing event in Augusta, Georgia, should also consider moving out of the state.

“I think that’s up the Masters,” he said. “I think it’s a very tough decision for a corporation, or a group, to make.”

At least 361 bills to restrict voting rights have been filed by Republican lawmakers in nearly every state, according to a new analysis from the Brennan Centre for Justice, which has tracked suppressive voting legislation across the US.

More than 100 of those bills were added to the centre’s list within the last month – a 43 per cent increase from February.

At least 55 bills in 24 states are moving through legislatures. Of those bills, 29 have passed at least one chamber of a state legislature, while 26 have been the subject of a committee hearing.

The proposals follow former president Donald Trump’s persistent lie that the election was stolen from him, with Republicans insisting voting “irregularities” plagued 2020 elections despite assurances from elections officials, the Justice Department and FBI.

Five bills have already been signed into law, including a sweeping measure in Georgia, where Governor Brian Kemp and Republican state lawmakers have reduced the number of places where people can vote, barred elections officials from oversight, and criminalised giving out food and water to people waiting in voting lines, among other measures that make it harder to vote in the state.

James Quincy, the CEO of Georgia-based Coca-Cola, called the law “unacceptable” and a “step backward”. Delta airlines CEO Ed Bastian called the measure “based on a lie”.

The CEOs of Dow, HP, Levi’s, Lyft, Salesforce and ViacomCBS, among dozens of others, also issued a joint statement against proposed restrictions on voting across the US.

Mr Trump has meanwhile raged at “woke companies that are interfering with Free and Fair Elections”.

Governor Kemp on Saturday held a press conference surrounded by state Republicans and staff to blame “cancel culture” and Democratic criticism for the blowback – not the consequences of the bill he signed into law – and announced that the GOP is “backing down from this fight”.

Use-of-force expert: Floyd’s ‘health was deteriorating’ as time went on