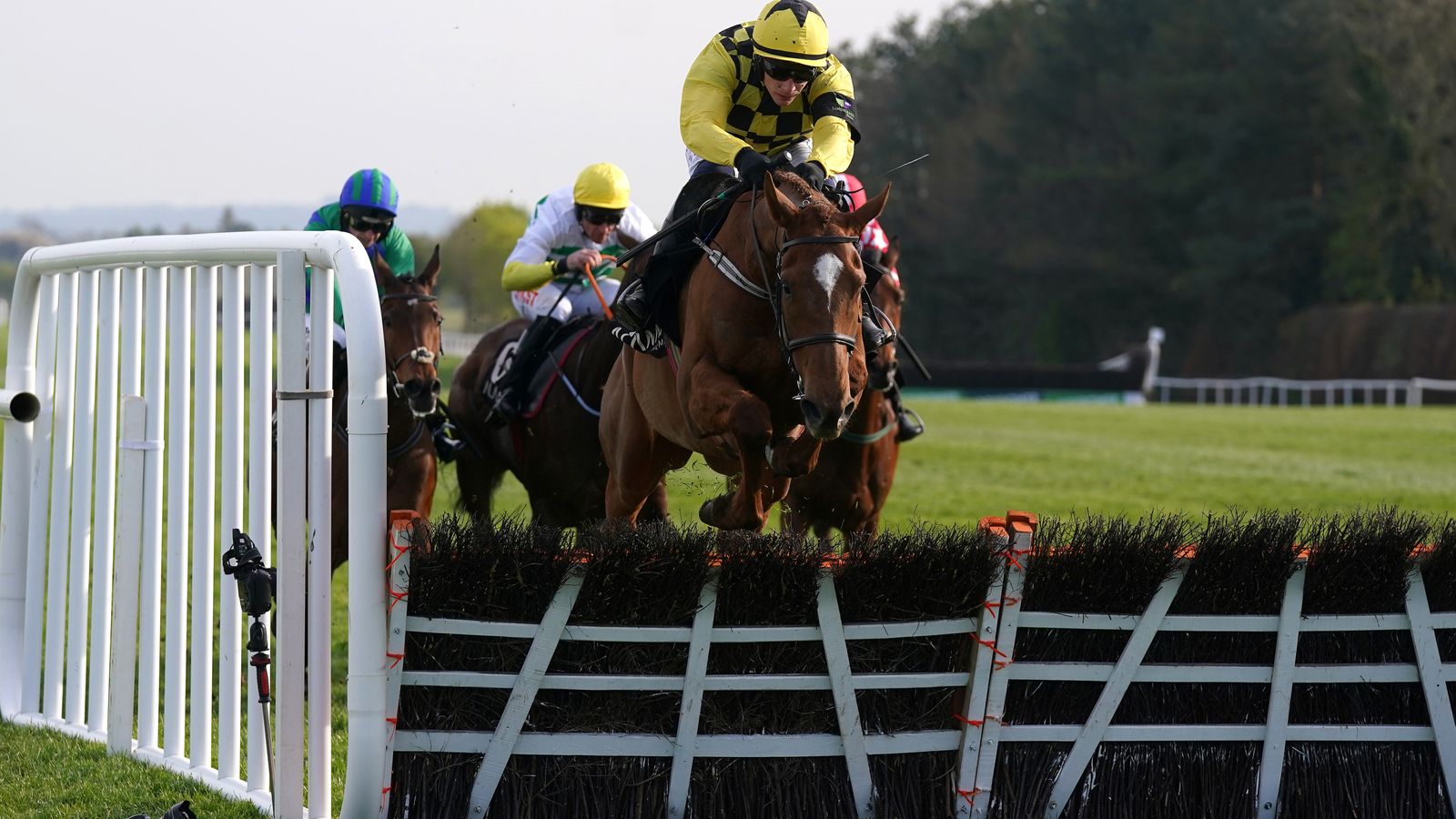 A faller on his Irish debut at Leopardstown before landing cramped odds at Limerick, the five-year-old was a heavily-backed favourite for his handicap debut in last month’s County Hurdle and duly obliged.

He was the 11-10 market leader reverting to novice company for the all-conquering Willie Mullins – and after tracking stablemate Kilcruit, the in-form Flame Bearer and Aintree Grade One winner Three Stripe Life into the home straight under a confident Paul Townend, State Man eased to the front on the run to the final flight before pulling seven lengths clear.

Mullins said: “Paul thought he had lots of speed and he showed lots of gears there.

“He’s a horse to look forward to next season. With a performance like that he could be a Champion Hurdle horse – that is probably the route we will go down.

“He’s very novicey and improving all the time. Paul said he was concentrating on keeping him settled and when he picked him up he switched gears. He was only going through the motions after that.

“From the first time we worked him at home he looked decent.

“Joe and Marie (Donnelly) have also purchased his four-year-old brother before Cheltenham.”

Elimay was the 8-11 favourite to supplement her victory in the Mares’ Chase at Prestbury Park, a race in which Scarlet And Dove was beaten just half a length into third place.

The pair had this Grade Two contest between them a long way from home and it was 3-1 shot Scarlet And Dove who asserted from the home turn to score by 15 lengths under Bryan Cooper.

O’Brien said: “She ran really well in Cheltenham where she missed the last two fences and was still close to Elimay. We weren’t sure we’d beat her today, but thought we’d give her a good run for her money.

“I suppose winning a Grade One would be the main objective next season. She’s a Grade Two winner and a big mare so there is no reason why she can’t be even better next year.”

Mullins had earlier landed the EMS Copiers Novice Handicap Chase for the fourth year in succession with El Barra (8-1).

Kemboy, Real Steel and Asterion Forlonge had won the last three runnings before going on to bigger and better things, and El Barra added her name on the roll of honour with a six-length verdict under top conditional Jack Foley.

Mullins said: “It was a very polished ride. I think I’m going to use him as my driver. He found his way around all the traffic there and I got held up in traffic and only saw the end of it!

“Jack is a very good young rider. He started off with my brother Tom and we saw how good he was. We invited him to ride some of our horses and he’s champion conditional this year, which is fantastic for him.”