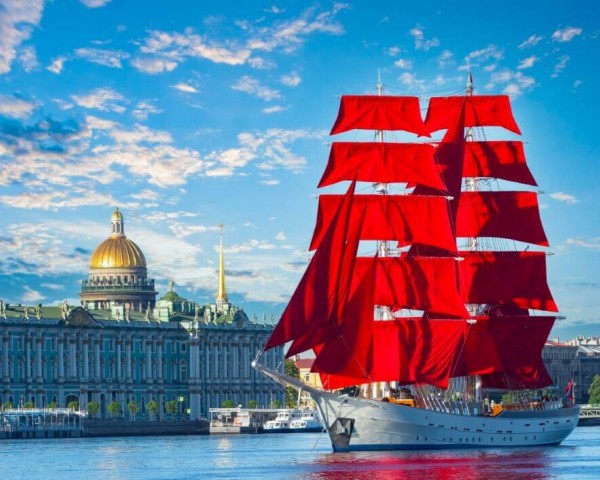 As Covid-19 restrictions are being lifted, tourism is slowly awakening around the world, with the most popular destinations ready to welcome more and more visitors after two very difficult years. One of the most popular cities in the world – St. Petersburg – is ready to join the party. However, the so-called capital of the north, as well as Russia as a whole, will have to deal with the absence of tourists from the west in the aftermath of the war in Ukraine.

Before the pandemic in 2019, St. Petersburg received 10.5 million tourists, of which 5.5 million were foreigners, who brought 60% of the turnover of the entire tourism sector of the city.

In 2021, 250 thousand foreign guests arrived in St. Petersburg, as well as 5.8 million Russian tourists. And the question is, what exactly is expected in the city during this turbulent year?

According to the authorities of St. Petersburg, the city will receive more than 5 million tourists by the end of 2022.

The head of the tourism development committee Sergei Korneev says that the department is operating with several forecasts due to the dynamism of the situation. As per the very minimum, the tourist flow will be from 3 to 5 million tourists, Korneev specified.

“The main forecast of between 5 and 6 million visitors is based on the work with Russian tourists in a favorable situation, taking into account the pandemic,” he said.

“It is difficult to predict if we can do more than that. We don’t know how the situation in the world will develop, including the pandemic, and the foreign tourist flow is thus uncertain.

“However, I can say the following: in 2019, before the pandemic, there were 5.5 million foreign tourists, 60% were guests from countries that have not sanctioned Russia,” Korneev added.

Chinese tourists were most present, followed by the countries of the Middle East, Iran, India, Vietnam and other Asian and Latin American countries.

In particular, officials noted that Arab tourists are highly important for the city, as they spend a lot of money. The CIS countries, including Kazakhstan and Azerbaijan, are also interesting potential markets for St. Petersburg.

“We will work with these countries. It is true that in 2019 they represented 60 % of the foreign tourist flow, but there is much more unrealized potential. Therefore, we need to work with them. We are preparing a series of presentation events and information campaigns,” Korneev noted.

Thus, the committee has already begun active interaction with colleagues from the Middle East and from China, although the Chinese side cannot yet predict when the flow of tourists from China will improve.

Korneev recalled that now there is practically no outbound tourism from China: theoretically, people can leave the country, but upon returning they need to self-isolate for three weeks in a state observatory at their own expense.

Thus, there is still a lot of uncertainty with regards to tourism inflow in St. Petersburg this year. A lot will most definitely depend on the situation in Ukraine as well as in China with regards to the recent Covid-19 outbreak.

A LIFETIME EXPERIENCE TRAVEL THROUGH THE RUSSIA

THE IMPACT OF ARTIFICIAL INTELLIGENCE IN TOURISM