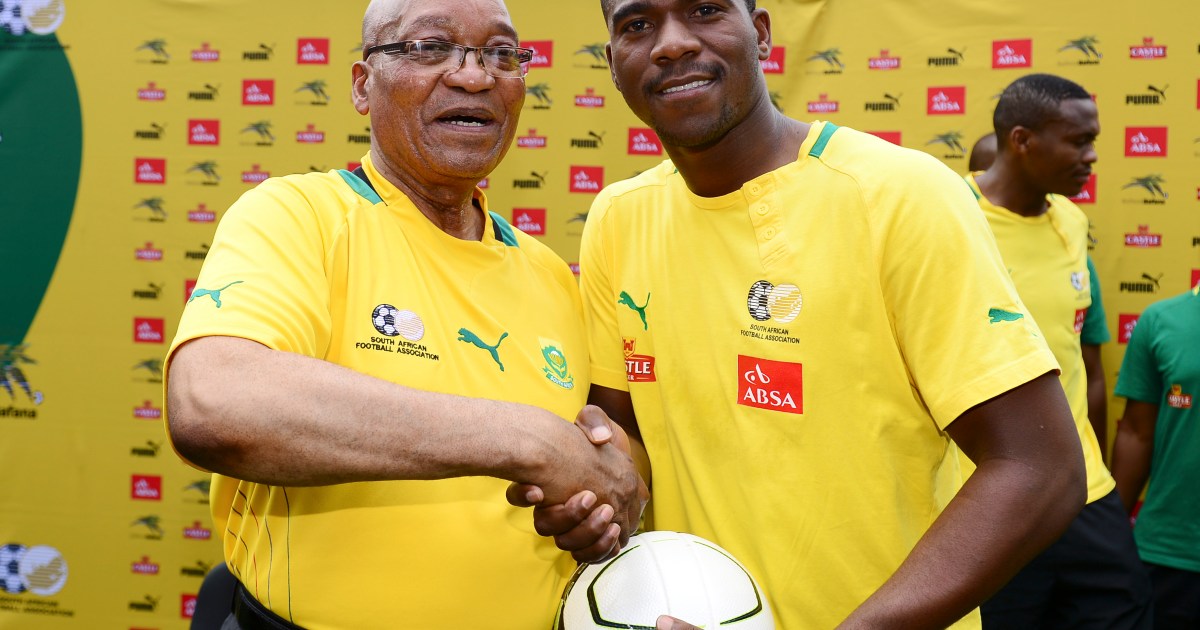 A South African defence lawyer, Malesela Teffo, who is representing four accused men in the high-profile murder trial of professional footballer Senzo Meyiwa, has been arrested in court.

At least five armed police officers from the South African Police Service’s Tactical Response Team and a plainclothes man, identifying himself only as an investigating officer, surrounded Teffo in the Pretoria High Court in the Gauteng region immediately after the court adjourned.

During his arrest, Teffo, a former police officer, claimed that his arrest was “an act of intimidation” and accused police minister Bheki Cele of being behind the arrest.

“He doesn’t want me involved in this case,” Teffo said. “This arrest warrant is from January, why have they been sitting on it until now?”

The police officers who carried out the arrest declined to answer any questions.

Police ministry spokesperson Lirandzu Themba said the minister was aware of the arrest and waiting for a report on the matter from the national police commissioner but declined to answer any other questions.

Senzo Meyiwa was the hugely popular captain and goalkeeper of the South African national football team when he was shot and killed in Vosloorus, a large township on the outskirts of Johannesburg, on October 26, 2014.

The lawyer, Teffo, represents all of the defendants with the exception of Ntulijave.

Teffo, who was later released from the Hillbrow Police Station shortly after his arrest, told the state radio broadcaster SAfm on Thursday evening that the document presented to him in court as the warrant was fraudulent.

“I’m worried about his safety and that of witnesses,” she said. “I can’t prove this but it looks as if they want to interfere in proceedings because it is not going the way the state planned.

“This is a contentious case – and there is clearly a lot at stake for some powerful people if today is anything to go by. We need the public and the world to watch this case closely,” De Haas stressed.

This was not the advocate’s first “suspicious” encounter with the police, De Haas said.

“Teffo has been unpopular with the police and its higher-ups because of his work representing police officers who were wrongfully dismissed and challenging police corruption,” she told Al Jazeera.

In November 2021, the attorney was arrested, allegedly on the orders of a high-ranking government official. This led to the parliamentary police committee questioning the then police chief Khehla Sitole.

“One of the Members noted that Advocate Malesela Teffo was arrested, not charged and denied proper and humane treatment. He did not appear in court and was taken to prison after the Free State Provincial Commissioner issued instructions for him to be arrested,” the official document read.

The committee proposed that the police chief probe Teffo’s allegations and present a report about the details surrounding his detention, “to ensure that it was not malicious and ill-intentioned”.

The police did not respond to questions relating to Teffo’s arrest and the recommendations made by parliament.

The murder trial has been plagued with delays and issues raised by the defendants – who have all maintained their innocence.

On April 12, 2022, the suspected shooter, Mthobisi Mncube, accused a corrections officer at the Kgosi Mampuru Correctional Facility of assault and filed a separate criminal complaint through his lawyer, Teffo.

Mncube also claimed that he is subjected to physical abuse at the maximum-security prison where he has been held since October 2021.