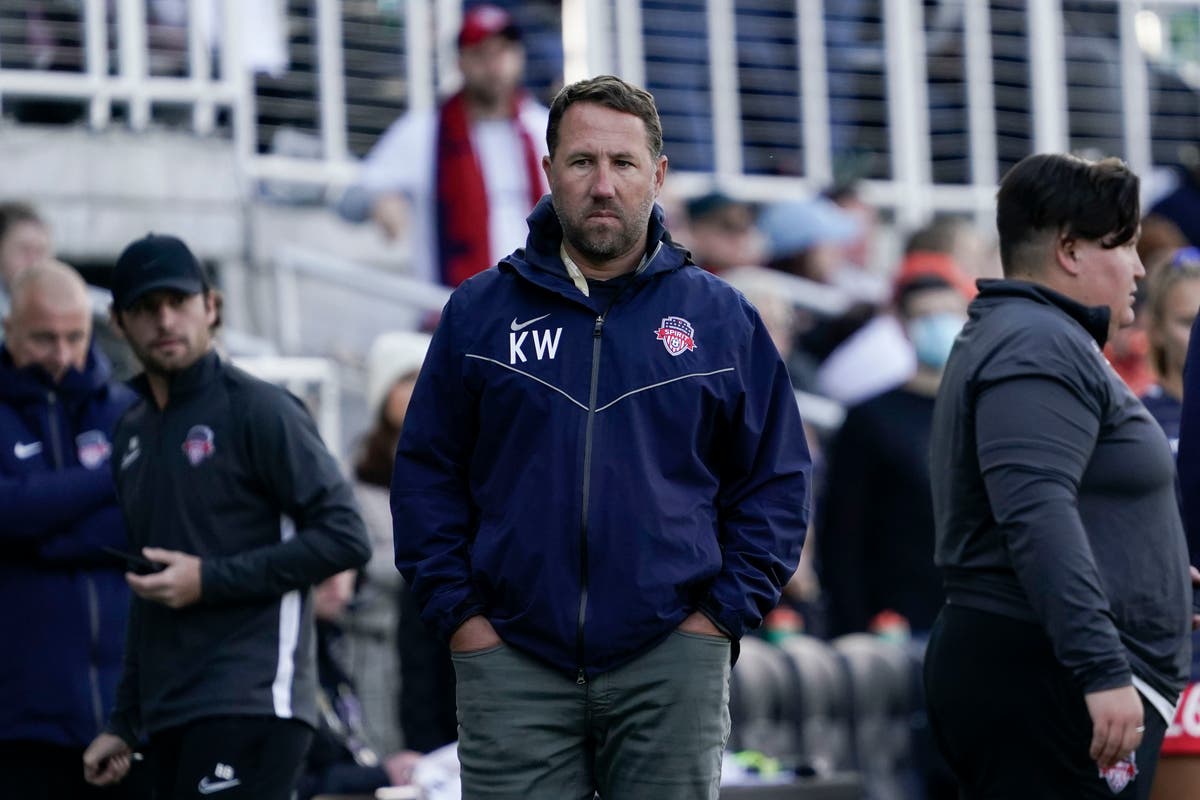 The husband of U.S. women’s team defender Crystal Dunn illegally distributed a controlled substance to Portland Thorns players in his role as the team’s athletic trainer, the National Women’s Soccer League announced following an outside investigation.

The trainer, Pierre Soubrier, was fired Tuesday along with Thorns assistant coach Sophie Clough. The NWSL, beset in recent years by abuse and misconduct allegations, said Clough made unwanted contact with a player.

The league also said abuse allegations against former Washington Spirit coach Kris Ward were substantiated and he is ineligible to work in the NWSL without the commissioner’s approval. An investigation concluded Ward engaged in “negative racial stereotyping toward a player.”

Thorns team physician Dr. Breanne Brown reported in November that Soubrier had given players a medication containing codeine the previous month without a prescription.

Thorns coach Rhian Wilkinson resigned last month after leading the team to the NWSL title and owner Merritt Paulson put up the team for sale. Wilkinson said she was investigated and cleared of wrongdoing by the NWSL and its players’ union after she self-reported that she and a player had developed feelings for one another but had never acted upon them.

An investigation by former Attorney General Sally Q. Yates revealed in October that abuse in the league was systemic, and a report by the league and its union last month found widespread misconduct.

Soubrier, 35, was born in France, played college soccer at Quinnipiac in Connecticut and was hired by the Thorns in 2019. Dunn, a 2019 World Cup champion who has made 128 international appearances, met Soubrier while they both were with Washington. They married in December 2018. Dunn was not cited for misconduct by the NWSL.

When contacted by The Associated Press, Soubrier declined comment at this time on the league’s statement.

He was placed on paid administrative leave Dec. 7, and the investigation determined “Soubrier was found to have administered the controlled substance to the players on multiple occasions without a prescription and physician supervision which is a violation of federal and state laws and league policy. Further, Soubrier administered the medication to one of the players without her informed consent.”

Brown told an investigator he had provided Soubrier in one instance at the trainer’s request access to a controlled substance to give to a player if necessary. Brown then became uncomfortable and retrieved the substance.

Soubrier was suspended by the league without pay through the end of the 2023 season, and the NWSL said it will report him to the Oregon Board of Athletic Trainers and the Board of Certification. The league said the team had fired Soubrier and he will be eligible for future NWSL employment subject to the Oregon state decisions and requirements as along as “he acknowledges wrongdoing and accepts personal responsibility for his conduct and demonstrates a sincere commitment to correcting his behavior.”

The league said Brown will be subject to increased oversight by and reporting to the NWSL chief medical officer for three months, then will be assessed.

The league said it was told by the Thorns in November that Clough “made a player feel uncomfortable by kissing her neck at the team’s championship celebration.” The NWSL said unwanted contact in violation of league policy was substantiated but claims of bullying behavior were not substantiated and “Clough did not exceed the bounds of appropriate coaching.”

Clough, 34, had been a Thorns assistant coach since 2016. She also was suspended without pay through the 2023 season by the league and was fired by the team.

Clough will be eligible for another job in the league if she “participates in training related to discrimination, harassment and bullying, demonstrates a clear commitment to correcting behavior and acknowledges wrongdoing and accepts personal responsibility for inappropriate conduct.”

Ward, 43, coached Washington to the 2020 NWSL title, then was fired last August during a 15-game winless streak. The league said it was told by the Spirit that month that players “raised concerns about verbal abuse and emotional misconduct” by Ward during a training session. The league said the investigation found Ward “engaged in overly aggressive behavior and harassment through negative racial stereotyping towards a player.”

The NSWL said Ward needs approval from the league commissioner to be eligible for future employment and “must participate in mandatory training related to discrimination, harassment, bullying and racial bias” and has to “acknowledge wrongdoing and accept personal responsibility for inappropriate conduct.”

Clough and Ward could not be contacted by the AP.

White House to McCarthy: No negotiations on debt limit

Chinese zodiac fortune predictions: What’s in store for the Year of the Rabbit?