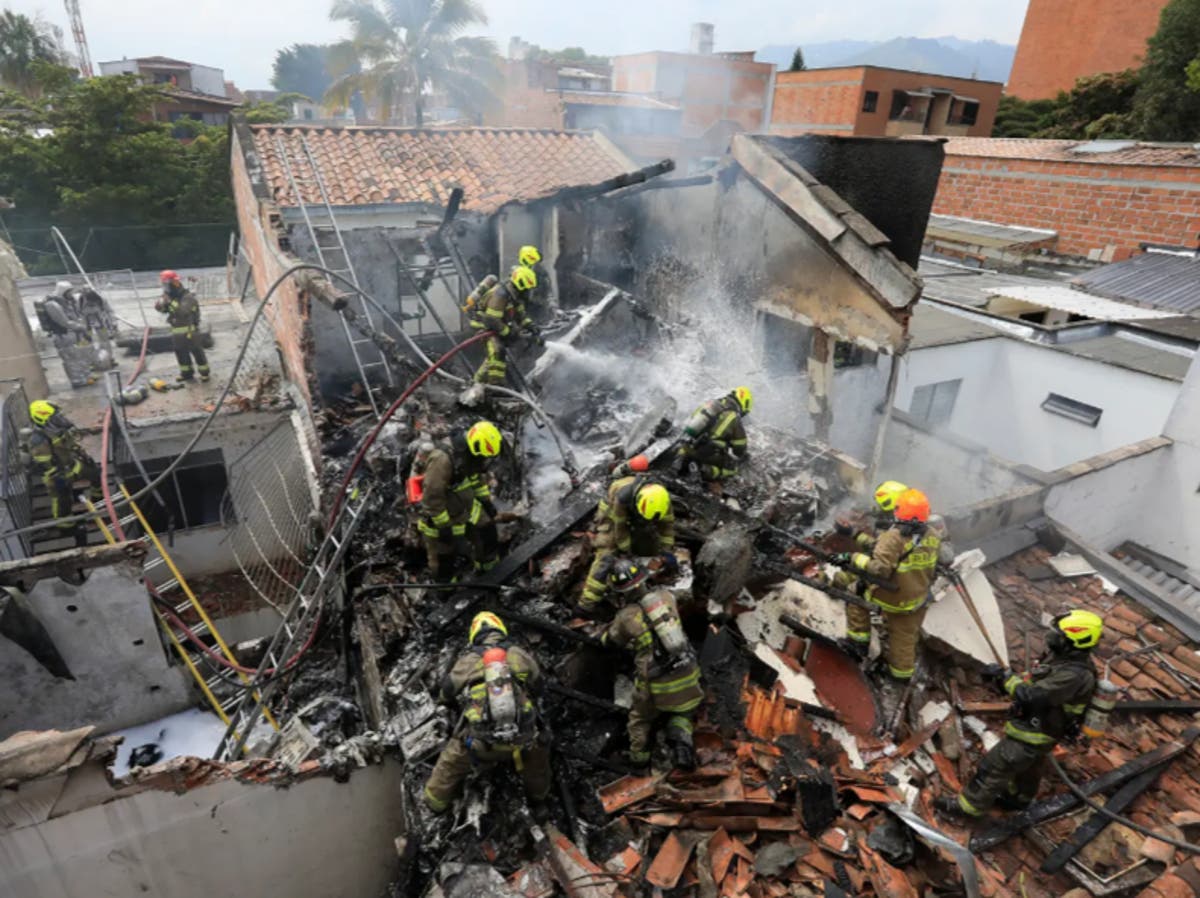 A small plane carrying six passengers and two crew members crashed in the Colombian city of Medellin, killing all onboard.

Airport authorities said that soon after taking off from the Olaya Herrera airport on Monday morning, it crashed into a residential neighbourhood due to engine failure.

All eight on board were killed, the authorities confirmed.

Videos and photos of the crash in the residential neighbourhood showed fire at the building and plumes of thick smoke rising into the sky.

Authorities said no injuries or casualties were reported on ground even though seven homes were completely destroyed and six others sustained severe damage because of the crash.

The plane crashed into the top floors of the houses in the neighbourhood soon after its engine failed.

Firefighters and other emergency personnel could be seen in social media videos searching through the rubble of the burnt houses.

In some videos, residents of the neighbourhood were seen in shock and expressing concern over the accident.

“There has been a plane accident in the Belen Rosales sector. The full capacity of the government has been activated to assist the victims,” said Daniel Quintero, Medellin’s mayor.

He said the plane was a twin-engine Piper heading from Medellin to the municipality of Pizarro in the neighbouring department of Choco in western Colombia.

The plane “signalled engine failure on takeoff and did not manage to return to the Olaya Herrera airport”.

“Unfortunately, the pilot was not able to keep the plane aloft and it crashed in this neighborhood,” Mr Quintero told local media.

Medellin, with a population of about 2.5 million is the capital of Colombia’s mountainous Antioquia province and is often called the “City of Eternal Spring” for its weather.

The city had earlier gained infamy for being the city where Pablo Escobar ran his drugs empire.

Tucker Carlson accuses Pete Buttigieg of lying about his sexuality

Céline Dion has opened up about an extremely rare, unfortunate and dangerous medical condition — which won’t just affect her

Chelsea made to wait for Champions League qualification by Real Madrid

Chelsea were made to wait for qualification to the Champions League knockout stages after drawing 1-1 with Real Madrid. The