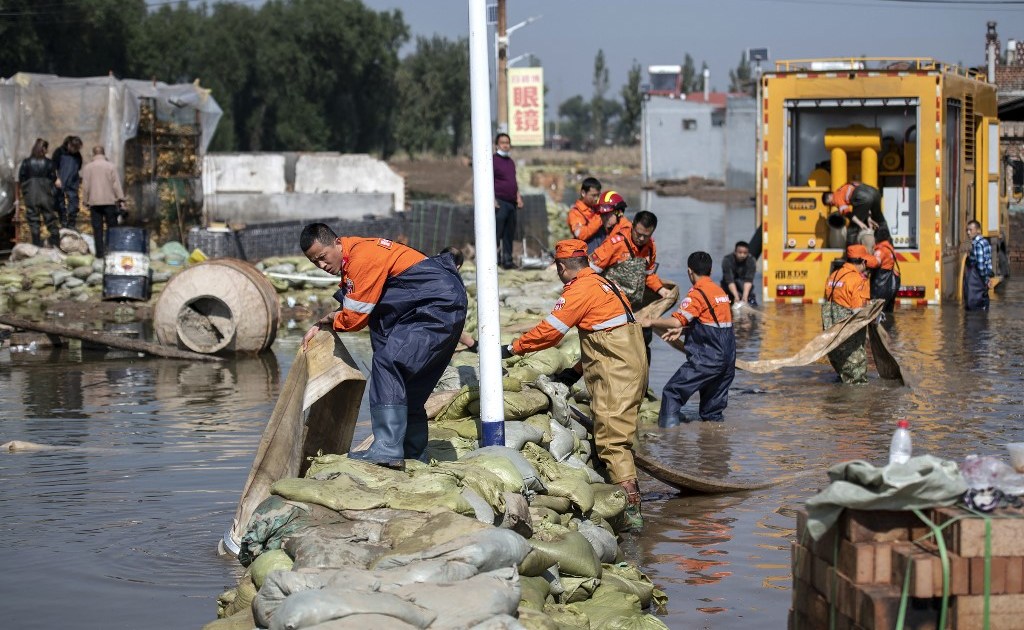 Heavy rains in province known for coal mining come amid mounting concern over energy supplies as the country heads into winter.

At least 15 people have been reported killed, and three others remain missing after continuous and heavy downpours triggered flooding in northern China’s Shanxi province, one of the country’s top coal-producing areas, according to the state media.

The state-run Global Times reported on Tuesday that at least 1.75 million people have been affected by the floods, and as many as 120,000 were displaced after 19,500 houses “collapsed”.

The report did not say which area in Shanxi has been the worst affected. The province is located west of Beijing, and covers some 156,000sq km (60,000sq miles).

The initial direct economic loss is estimated at at least $770m, the report said.

Xinhua news agency said the emergency flood response was already being lowered, indicating that the situation has stabilised, with water levels of small and medium-sized rivers falling below the warning mark.

The flooding comes just months after record floods hit the country’s central Henan province in July – killing more than 300 people – and raises fears about ensuring the supply of energy ahead of the winter.

Many parts of Shanxi, a landlocked province that generally has dry weather, saw record-breaking rainfall over the past week, according to the provincial government, which ordered coal mines to take flood-proofing measures and make emergency plans to be “activated immediately in case of grave danger”.

At least 60 coal mines in the province have suspended operations due to the floods, according to a local government statement, even as the country faces a power supply crunch.

Beijing recently ordered coal mines to spare no cost to increase production and ensure supply, and said it will allow higher electricity prices in a bid to boost generation.

China has been hit by widespread power cuts amid record coal prices, state electricity price controls and tough emissions targets that have squeezed the power supply.

Floods in northern China have displaced 1.75 million people after 3 months of rain fell in 5 days.

Over 120,000 people have been evacuated from Shanxi, which is normally a dry region. Floods have destroyed over 17,000 buildings and decimated almost 500,000 acres of crops. pic.twitter.com/9mizE4JSiy

The average rain in the province reached 119.5mm (4.7 inches) between October 2 and 7, according to the provincial meteorological bureau.

An estimated 190,000 hectares (470,000 acres) of crops were also destroyed, the local Communist Party newspaper Shanxi Evening News was reported by the AFP news agency as saying.

Meanwhile, state broadcaster CCTV showed workers repairing a broken dam and railway tracks left suspended over water after part of the bridge they were on collapsed.

Someone in Brian Laundrie’s ‘inner circle’ could be helping him, says former FBI agent

Fan has proposal rejected on jumbotron at WNBA game