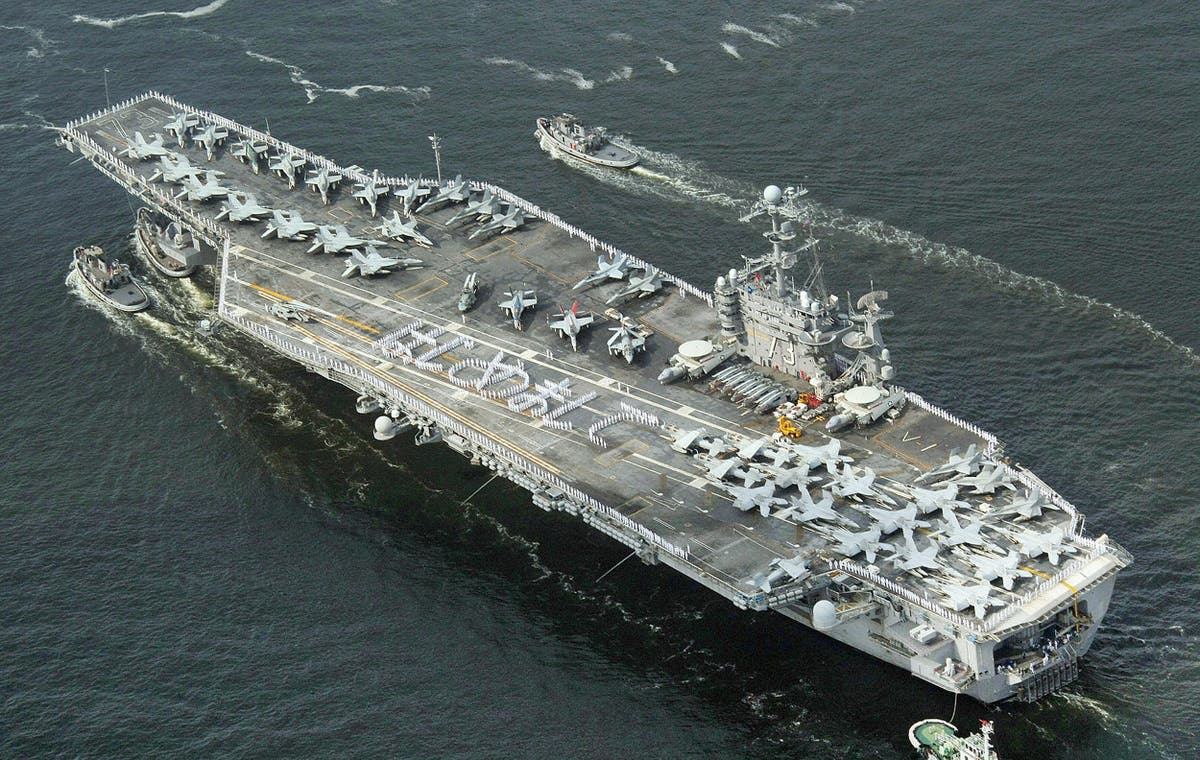 The US Navy has acknowledged the suicides of seven sailors assigned to the USS George Washington during its multi-year renovation.

Service officials said that four sailors had killed themselves in the past year, with three more of the carrier’s personnel dying by suicide in 2019 and 2020.

Sailors have complained aout living conditions onboard the carrier as it continues to be renovated at shipyards in Newport News, Virginia.

“It feels like Big Navy has left us out to dry. Nobody cares,” one sailor told CBS News.

The Navy opened an investigation last week after three sailors died by suicide in a single week in April.

Officials will investigate if living conditions aboard the carrier played a role in the deaths and whether ship commanders did everything they could to make those conditions habitable.

The carrier has been docked in Virginia for its major overhaul since 2017, with officials saying the work has been delayed by Covid and unexpected repair work.

Sailors have said that living onboard is like living in a construction zone and that they have to endure regular power outages and lack of hot water.

So far the ship has already been docked for a year longer than was predicted by Navy bosses.

Last week, the service’s top enlisted leader, Master Chief Petty Officer of the Navy Russell Smith, visited the carrier to speak to sailors about the situation.

During the visit he was asked about living conditions onboard the carrier and according to a Navy transcript told them the service “probably could have done better to manage your expectations coming in here.”

And he told them: “I hear your concerns and you should always raise them, but you have to do so with reasonable expectations and then understanding what … what this is like.

And he went on to tell them that the hardship they were facing was all part of military service.

“When someone walks by you at Starbucks when you’re in uniform and says ‘thank you for your service,’ this is one of the things that they’re thanking you for,” he said.

”I’m sorry I can’t give you the answer that you want, but that’s kind of where we are.”

After his visit, MCPON Smith released a statement saying that he was “in ongoing discussions with our senior Navy leaders to share these concerns, and to ensure they are aware of the issues and their impacts on our sailors.”

Amid US abortion crackdown, California seeks to be a ‘sanctuary’