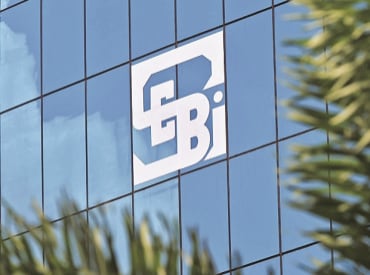 Regulators seek assistance from their counterparts in a foreign jurisdiction through such requests to help with investigation and enforcement. Such requests are made through a memorandum of understanding (MoU) between regulators. There is also a multilateral memorandum of understanding (MMoU) between members of the global regulatory association, the International Organization of Securities Commissions (IOSCO).

“During 2020-21, a total of 51 requests were received from overseas regulators seeking Sebi’s assistance. Sebi responded to such requests subject to the provisions of the applicable MoUs/MMoUs. Similarly, 24 requests were made by Sebi to its regulatory counterparts in other jurisdictions. Further, Sebi received information through 6 unsolicited references from three securities market regulators who are members of the IOSCO,” said a note in the annual report released in August.

A lawyer said that requests can cover things like beneficial ownership of companies situated in foreign jurisdictions. There may have been a decline on account of Coronavirus (Covid-19) in the number of such instances, according to him.

“Pandemic has played…(a) role,” he said.

The pace of regulatory enforcement has only picked up in recent times, he added, as technology assists regulators in surveillance and other activities.

Sandeep Parekh, founder of Finsec Law Advisors and former executive director, Sebi agreed that a decline in requests for information to foreign regulators could be related to the Covid-19 pandemic. Market cycles can also play a role. Illegal activity also happens during the kind of bull market that has been recently seen, according to him, though complaints tend to only follow when the cycle reverses.

“Fraud comes to light when the markets go down,” he said.

Foreign regulators have made 617 requests since 2011-12, shows Sebi data. The highest number of such requests was 94 in 2013-14. Foreign regulators made an average of over 60 requests a year over the last ten years. Outgoing requests to foreign regulators numbered 190 in the last decade. This works out to an average of around 19 requests a year. The lowest number of requests was 9 in 2018-19. The same number was seen in 2011-12 and 2012-13. The highest was 44 in 2015-16. This year’s drop comes even as regulatory assistance between securities regulators went up globally in the pandemic year (2020). They rose 8 per cent during the year, shows IOSCO data.

Co-operation between international securities regulators came about after the terror attacks on September 11, 2001. An IOSCO special project team looked at ways to increase cooperation between different regulators. The MMoU came into being in 2002. It sets a framework for the nature of the information which can be shared, the legal capacity to compel and share the same, as well as the permissible use of information.

“It also sets out specific requirements regarding the confidentiality of the information exchanged, and ensures that no domestic banking secrecy, blocking laws or regulations will prevent securities regulators from sharing this information with their counterparts in other jurisdictions,” according to a note on the IOSCO website.

No leadership structural changes are on the anvil: Tata Sons Chairman