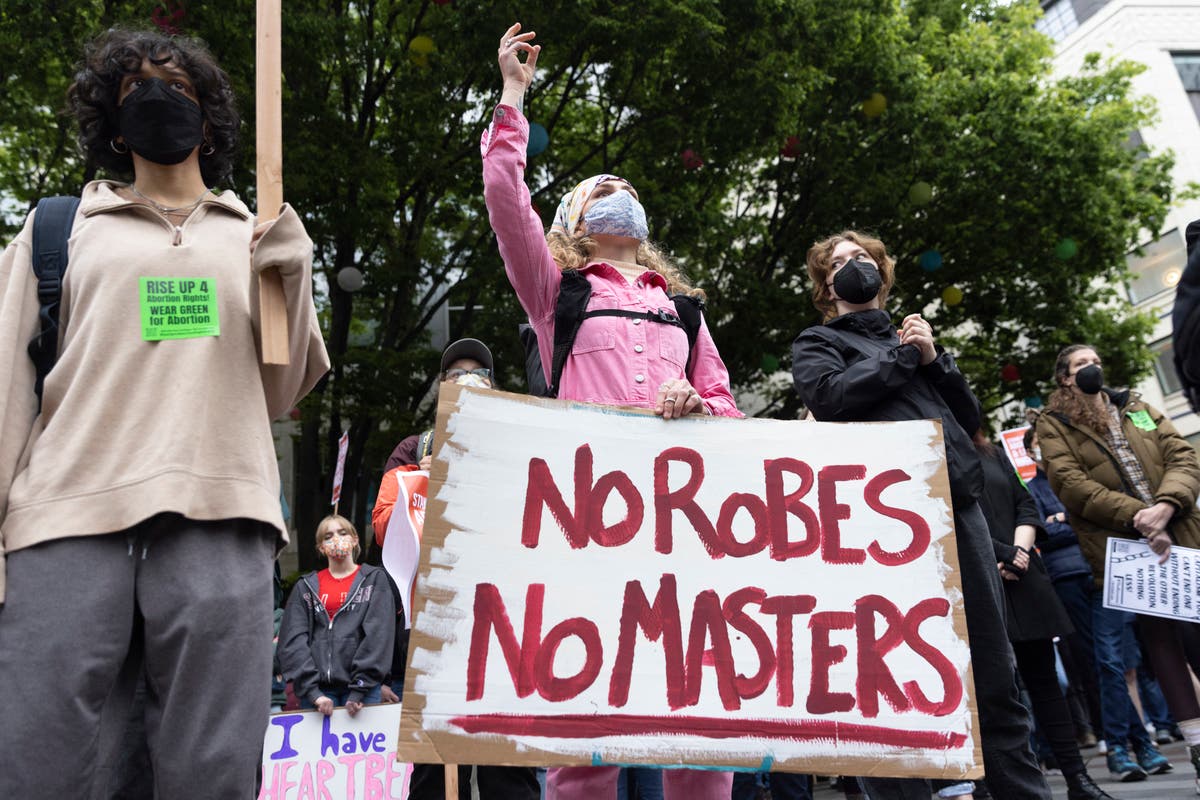 Seattle has named itself an abortion “sanctuary city”, and passed new laws that demand its police officers do not cooperate in any investigations related to bans in other states.

A month after the Supreme Court struck down Roe, the 1973 ruling that two generations of women had relied upon to access safe and legal abortion, the Seattle city council voted to welcome women fearful of “draconian anti-abortion laws” in other parts of the nation.

For now, abortion remains legal in Washington, California and Oregon, and the governors of those states have outlined plans to work together to best provide health care not only to its own residents to the expected large number of women anticipated to travel there from other parts of the country.

But the law signed in Seattle – one of just a handful of cities to call themselves abortion havens – requires its police not to cooperate with investigations launched in other places where abortion is illegal.

After the overturn of Roe, abortion became illegal in eight states, and is likely to become so in around two-dozen. The authorities in those places, have indicated they wish to pursue criminal cases against doctors who break the law, and some places have even suggested women who have an abortion could also be prosecuted.

One of those pushing for the bill in Seattle was left wing council member Kshama Sawant, of the Socialist Alternative party, and perhaps the nation’s highest-profile socialist legislator.

“Laws violating basic bodily autonomy and criminalising reproductive health care are fundamentally unjust and we should not allow Seattle to be complicit,” Ms Sawant, 48, said on Tuesday after the bill was signed into law. “Let anyone frightened by draconian anti-abortion laws come to Seattle without fear of prosecution.”

She said the initiative, which was approved by all six of the current council members, had the support of more than 5,500 members of the community, who had signed a petition backing the legislation.

Ms Sawant outlined her wish to make the city a haven for women and doctors and others, on June 24, the day that the conservative-packed Supreme Court voted to scrap Roe.

“Today we face the single biggest attack on women, queer and pregnant people, and reproductive rights in most of our lifetimes, and this right-wing Supreme Court has also given every indication that they plan to carry out draconian attacks on LGBTQ rights,” she said at the time.

She said that after Seattle moved to establish itself as a sanctuary, modeled on the cities that voted not to enforce Donald Trump’s strict immigration laws or cooperate with federal agents, that officials in Chicago and Minneapolis had been in contact to ask about how they could also act.

“If bringing it here can help it spread to other cities and states, the impact could be truly profound,” she said before the vote.

While several states, including New York and Massachusetts, have said they will protect abortion providers, Seattle is just one of a handful of places, along with Washington DC and Oakland, also controlled by Democrats, to name themselves abortion sanctuaries.

Earlier this summer, Seattle Mayor Bruce Harrell said police would not pursue related arrests “that are inconsistent with Washington laws and most important our values”.

On Monday he said: “The city of Seattle will not engage in punitive and reactionary efforts to enforce this aggressive assault on our constituents’ bodies.”

He added: “The Seattle Police Department…will not participate in enforcing the criminal laws of other states that are inconsistent with Washington laws and most importantly our values.”

Abortion access finds a place even in down-ballot campaigns

‘The Impeachment 10’: Who’s in, Who’s out and whose fate is yet to be decided