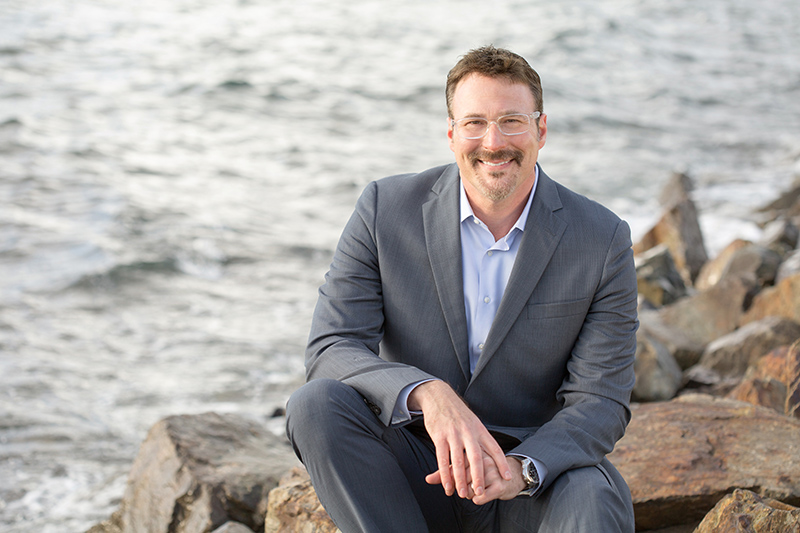 After 35 years with Carnival Corporation, Richard (Rick) Meadows will be retiring from Seabourn at the end of May. Meadows is currently president of Seabourn, leading all business and global operations for the luxury cruise line. He has held this position since 2011, when the company moved its headquarters to Seattle from Miami.

Between 2014 and 2016, Meadows also served in an additional leadership role as president of Cunard – North America, assuming operating responsibility for the Cunard brand throughout the North American continent. Prior to his appointment at Cunard, Meadows was in a dual-capacity role, serving as both president of Seabourn and executive vice president of marketing, sales and guest programs for Holland America Line, where he had global revenue responsibility.

Meadows is a member of the board of directors for the Cruise Lines International Association (CLIA) in North America. In 2007, Meadows was appointed by former Washington Governor Christine Gregoire to the Washington State Tourism Commission and served until 2010; in 2017, he was named a Fellow by the Culinary Institute of America. He also currently serves on the board of directors for Seattle’s Fifth Avenue Theatre.

Seabourn, the ultra-luxury brand in the Carnival Corporation family of brands, recently announced it was extending its pause in global cruise operations until mid-October through late November, depending on the ship.

SKIING IN HIGH-ALTITUDE AT MATTERHORN-ZERMATT: A PARADISE SURROUNDING SNOW FILLED PEAKS IN SWITZERLAND

Biden Plans an Order to Strengthen Cyberdefenses. Will It Be Enough?

Criminal group originating from Russia believed to be behind pipeline cyberattack

Simon Cowell is Back to Riding Electric Bikes After Back Injury

Things To Do At Home

Pep: Chelsea defeats have no bearing on CL final

As Scrutiny of Cryptocurrency Grows, the Industry Turns to K Street

Mason: Spurs can finish in top four next season

SpaceX Sending Dogecoin-Funded Satellite to the Moon in 2022

‘Stand on the right side of history’: Experts call on UK to back intellectual property waiver on COVID vaccines

Race for Europe: Who needs what and remaining games

US working to help pipeline company after cyberattack

Cyberattack Forces a Shutdown of a Top U.S. Pipeline

U.S. and Iran Want to Restore the Nuclear Deal. They Disagree Deeply on What That Means.

What Biden should do about the Balkans

Girl vows to return to her school after bombing kills friends

Fauci: ‘There’s No Doubt’ COVID-19 Deaths Have Been Undercounted In U.S.

Horner & Wolff discuss: Could Red Bull have done anything else?

Saunders’ corner interaction with trainer before Canelo fight was stopped

Netanyahu: Israel ‘rejects’ pressure not to build in Jerusalem

Long suspected of murder, she confessed but avoided prison

Nauman five-for has Pakistan on cusp of series win

Some states plan big spending with Biden’s aid, others wait

Covid-19: Hero MotoCorp extends shutdown of plants across India till May 16

We put more than a dozen leggings to the test: 4 stood out

Why Apple’s new AirTag is a no-brainer purchase

18 pieces of outdoor furniture at Amazon that only look expensive

Is the Beautyblender worth it? Absolutely. Here’s why

One of UK’s most wanted fugitives arrested in Dubai

‘Get the f*** out of my way’: Footage of Texas motorist threatening BLM protesters goes viral

After a Traumatizing Year, Black People Turn to Therapy

Apple Shortcuts is great, but it needs a notification toggle

Samcro bids to bounce back

GST on vaccines in the ‘interest of citizens,’ must to keep rates low: FM

Biden says he no longer understands the GOP. He has a chance to figure them out

Exports rise 80% to $7 bn during first week of May: Commerce Ministry

Dozens of countries yet to receive any Covid vaccines

Gear Up has ‘all the credentials’

Antonio picks his best moments from the season!

These beautiful Italian towns will pay you to work remotely

‘Chelsea have yet to face Man City’s best XI’

Dunk hero to villain as Wolves fight back to beat Brighton

FPIs withdraw Rs 5,936 cr from equities in May amid worries over Covid wave

Scores of Palestinians in East Jerusalem wounded on holy night

Every dogecoin has its day as Musk hosts Saturday Night Live

Himanta Biswa Sarma set to be Assam’s next chief minister

Covid-19: Lockdown in Delhi extended till May 17; Metro services to be shut

Where will the next COVID hotspots be?

Hamilton aims for a 2021 first in latest Verstappen duel

Bill Gates Catfishers Stand No Chance on Tinder Amid His Divorce

Things Get A Little Heated Between JT And Lil Uzi’s Ex, Who Insinuated JT Is A Domestic Violence Victim

Canelo: I broke the cheek of Saunders?

The Barely There Swimsuit Trend Celebs Are Wearing

John Kear: From Castleford to the world

This Risqué New Trend Is Unpractical (No Underwear, No Bra), But I Still Love It

2021’s Trending Sneakers and How to Wear Them

Sorry, ’80s Kids—You Might Cringe at This Trend’s Revival

7 Things We Purged From Our Closets This Week

Dogecoin is crashing while Elon Musk is on Saturday Night Live

Eubank Jr tells Canelo: I’ll give you a real fight

Every other EV brand showed up to Elon Musk’s SNL

Surprise: The Lingerie Trend We Thought Would Die in 2020 Is Actually Slaying

I’m the Designer of Nordstrom’s New Brand, and I Think These Trends Will Be Big

Elon Musk Reveals On ‘SNL’ He Has Asperger’s

‘Out-of-control’ Chinese rocket has landed in the Indian Ocean

Plunging back to earth: Chinese rocket set for re-entry

Health ministry must wake up and respond to Covid-19 challenges: IMA

Japan presses ahead with its great Olympics gamble

McIlroy thriving in front of the fans

Arteta: This squad ‘needs changing’ and I’ll be backed

Jenelle Evans Threatens TikTok User: I Will Absolutely End You!

Vax Live: How to watch the concert hosted by Selena Gomez

Receptionist Excluded From Pizza Order At Work Sued And Won $32,000 In Court

Woman & Toddler Shot in Times Square, Gunman on the Loose

Cyberattack forces major US fuel pipeline to shut down

Has Tuchel gained an edge on Pep?

Stacey Abrams says she ‘absolutely’ plans to run for president

Brit, 66, killed after plane crashes into sea off Spanish beach

Good Samaritan recalls jumping from bridge to save girl, 2

The Obamas’ Dog, Bo, Dies at 12 After Cancer Battle

Trey Gowdy Says U.S. Will Likely ‘Be Drawn Back Into Conflict’ In Afghanistan

Tuchel: We know we can win Champions League final

DeChambeau flew home, then made cut!

Chinese Rocket Hurtling Toward Earth Is a Terrifying Guessing Game

‘We’re the leaders. They follow us!’ Matt Gaetz tells MTG as pair weigh-in on Liz Cheney and ‘America last’ media