The world’s biggest oil exporter said years of under-investment in the oil industry was threatening global energy security even as the company cashed in on rising prices, reporting its highest annual earnings since an initial public offering in 2019.

Net income more than doubled in 2021 to $110bn, Saudi Aramco said on Sunday, and the oil group maintained its full-year cash dividend — one of the biggest in the world — at $75bn. Analysts had forecast a net income of $109.7bn, according to an average compiled by the company.

The state-backed group, which had reported earnings of $49bn a year earlier, said the 124 per cent increase was driven by “higher crude oil prices, stronger refining and chemicals margins and the consolidation of Sabic’s full-year results”. The company acquired a 70 per cent stake in Sabic, the Saudi petrochemicals company, in 2020.

Rising oil consumption, low inventories and declining spare production capacity meant that supply and demand were tightly balanced even before Russia’s invasion of Ukraine threatened to pull millions of barrels of Russian crude from the market, Nasser said. As a result, substantial investment is needed to arrest global supply that is declining by as much as 7 per cent a year, he added.

“We are doing our part but it is not enough. Other players need also to do their part and increase their investment,” he said.

The dividend included $18.8bn for the fourth quarter to be paid before the end of March. The payment is a vital source of revenue for the Saudi government, which owns 98 per cent of Saudi Aramco stock after a small portion of the company’s shares were listed in December 2019.

The company also said it would capitalise $4bn in retained earnings and distribute bonus shares to shareholders at a rate of one bonus share for every 10 shares owned.

Gearing, which Saudi Aramco defines as a measure of the degree to which operations are financed by debt, dropped from 23 per cent in December 2020 to 14.2 per cent, as the company deployed part of its $107.5bn free cash flow. 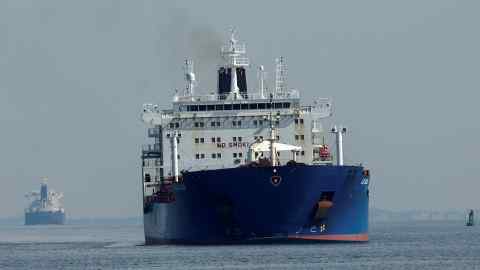 Saudi Aramco and its international rivals, including Chevron, ExxonMobil and BP, have benefited from the global economic recovery and supply constraints, which have pushed oil prices above $100 a barrel for the first time in more than seven years.

Prices have been driven even higher by fears that a growing boycott of Russian oil could remove up to 2.5mn b/d of crude oil and petroleum products from the market and the reluctance of Saudi Arabia and its allies in the Opec+ group to boost production to compensate.

Saudi Aramco said average crude oil production in 2021 was 9.2mn b/d, as it gradually replaced the output cut in 2020 when the coronavirus pandemic crushed demand.

The company published its full-year earnings the morning after the Saudi-led coalition at war in Yemen said Houthi rebels had targeted several facilities in the kingdom overnight with drones and ballistic missiles, including a Saudi Aramco terminal in the south and one of the company’s liquefied gas plants. The coalition said there was minor damage and no casualties.

An attack against Saudi Aramco facilities in 2019 temporarily cut the country’s oil production by half. Nasser said the company had adopted contingency plans to ensure there was no disruption of supply in the event of another major attack. “I don’t really anticipate any issues in terms of making sure we meet our customers’ requirements,” he said.

Later on Sunday, the coalition said another attack targeted a Saudi Aramco distribution facility in Jeddah, the country’s second-largest city, causing a fire in a storage tank. It was not immediately clear when the attack took place.

Energy is the world’s indispensable business and Energy Source is its newsletter. Every Tuesday and Thursday, direct to your inbox, Energy Source brings you essential news, forward-thinking analysis and insider intelligence. Sign up here.