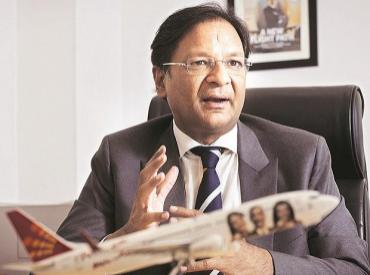 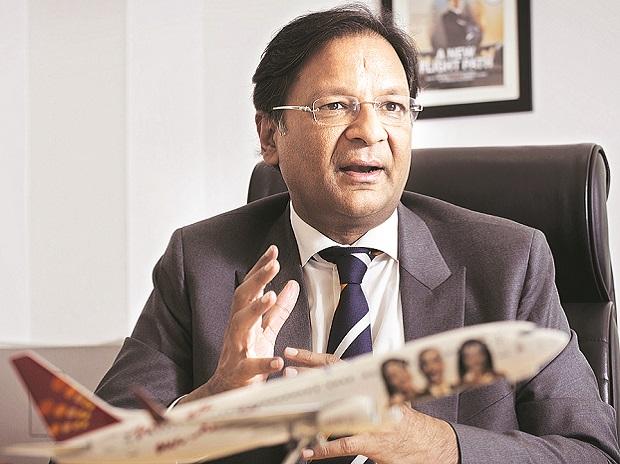 The court cases filed by aircraft lessors to recover their dues don’t assist anybody very much and all such disputes eventually end in settlements, SpiceJet CMD Ajay Singh said last week.

SpiceJet employees are now being paid their full salaries on time and all issues related to their pays have been resolved, he told PTI in an interview.

Delhi High Court last month restrained SpiceJet from transferring a part of its assets to a separate company after Goshawk, one of the airline’s aircraft lessors, filed a case to recover its pending dues of approximately USD 25 million.

On September 3, a section of employees of SpiceJet went on a short strike at the Delhi airport over issues related to reduced salaries and their irregular disbursement.

Singh said it is a difficult time for every airline around the world and not just SpiceJet.

On the Goshawk case, Singh stated: “Goshawk has gone to court against most of the airlines around the world. So, we will try and find a settlement with Goshawk as well as the other lessors. All these disputes eventually end in settlements.”

“I think the court process does not assist anybody very much. I think, traditionally, all these disputes have always been settled through negotiation. That is what we expect will happen,” he added.

SpiceJet — which reported a net loss of Rs 934.8 crore and Rs 998.3 crore in 2019-20 and 2020-21, respectively — entered into a settlement with CDB Aviation and Avolon, two major lessors of Boeing 737 Max aircraft, during the August-September period this year.

When asked by when does he plan to put all 13 of them into service, Singh replied: “We are working with the lessors. We are trying to ensure that all the commercial arrangements are in place. But we hope that certainly, through the month of October, and by middle November, we should have most of the Max aircraft flying.”


Max was banned in most of the countries, including in India, in March 2019 after two of them crashed between October 2018 and March 2019, killing total 346 passengers.

On issues concerning salary payment, Singh said: “All salary issues have been resolved. Salaries are being paid on time and in full. You know, this issue, the media has been raising occasionally but every airline around the world has been challenged on salaries, on payments and so on. And all these issues have always been settled by negotiations.”

Singh gave the interview to PTI here on the sidelines of 77th annual general meeting of International Air Transport Association, which is a global airlines body.

He said the government’s decision to impose fare bands and domestic capacity caps greatly helped the Indian aviation industry to maintain some form of stability.

“Nobody expects the government to keep the support (bands and caps) going on indefinitely. Certainly, what they did helped,” Singh mentioned.

“Our view was that the increase in capacity needs to be more gradual and if you can maintain a balance between demand and capacity, that would be helpful for the industry. So, we hope that the government will continue to keep a balance,” he added.

When the government had resumed the scheduled domestic flights on May 25 last year after a two-month break, it had allowed the carriers to operate not more than 33 per cent of their pre-Covid domestic services. The cap has been gradually increased to 85 per cent till date.

Singh said the airports should refrain from recovering all their lost revenue from the airlines amid the COVID-induced crisis.

“The airlines have suffered extensive losses…so in such a situation, for the airports to try and recover all their lost revenue from the airlines — when airlines are in such a bad situation — seems to be something which should be avoided,” he mentioned.

“It is not good for the sector. We need to find a solution where the pain of COVID-19 is shared by all the players in the sector and those that have monopoly positions should not use those monopolies to shift all the pain to the airlines,” he added.

The Airport Economic Regulatory Authority (AERA) has in 2021 accepted demands of Indian airports in Delhi, Bengaluru, Hyderabad and Kochi to raise their charges — such as landing fee or user development fee — which are levied from the airlines or passengers.

The Indian aviation sector was in a very poor shape, especially when the second wave of the virus descended upon us this year, Singh stated.

“You are now at the IATA meeting and you can see what airlines are saying. This has been what everybody has been calling an apocalyptic moment for airlines,” he mentioned.

Having said that, of course, the things are improving, he said.

“Traffic is picking up. On an average, we (airlines in India) are now carrying 250,000 passengers a day, which is approximately 60 per cent of where we were before COVID-19. So, definitely, there are signs of improvement and we are also hoping that the government will use this crisis to resolve some of the issues that the Indian carriers have faced for several years,” he added.

The US right’s love affair with Hungary’s Orban

KKR-led group close to $1.1bn deal for rights to The Weeknd and Lorde hits