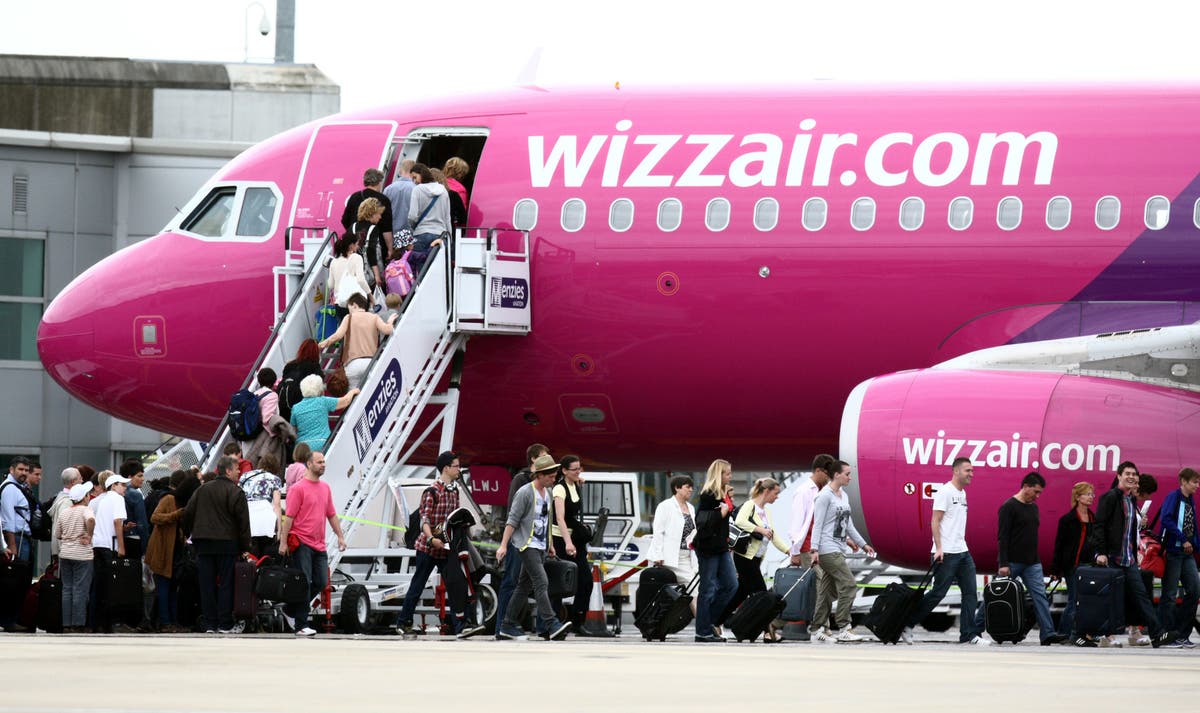 Airline regulators have launched an investigation into comments by the boss of Wizz Air who appeared to call on flight crews to work through fatigue.

Unions expressed outrage after József Váradi, chief executive of the Hungary-based budget carrier, told employees that too many of them were taking time off for fatigue, and that “sometimes it is required to go the extra mile”.

It comes as a safety expert warns the current chaos of post-Covid airport queues and last-minute flight cancellations is contributing to exhaustion.

Mr Váradi said in an internal video message: “We cannot run this business when every fifth person of a base reports sickness because the person is fatigued. We are all fatigued. But sometimes it is required to go the extra mile.”

The European Union Aviation Safety Agency told The Independent on Friday it is looking into Mr Varadi’s comments after concern from pilot unions.

“EASA is aware of the video that has been posted in several social media outlets,” it said. “Wizz Air is under EASA’s continuous oversight in strict adherence (and sometimes exceeding) the applicable legal requirements.

“EASA recognises that fatigue can be a serious safety hazard and needs to be identified and properly mitigated. We are currently investigating the allegations to determine whether and what further ad-hoc oversight actions are necessary.”

Wizz Air is one of many airlines that have been forced to cancel flights amid an industry-wide recruitment crisis, worsened by airport queues that have added to delays and disruption.

Last month an exasperated Wizz Air pilot was recorded by passengers making an announcement over what they say was a seven-hour delay on the tarmac at Gatwick. “I don’t need this, my crew don’t need this,” he was heard saying. “We are doing what we can to get you out of here. It’s out of our control.”

The safety expert, speaking on condition of anonymity, told The Independent: “An important issue for all operational staff in aviation at the moment is that whilst work and rest times are measured in hours, the actual level of fatigue is really dependent on what you are doing.

“The stress and uncertainty of some of the chaos that we are seeing is conducive to staff getting more tired sooner. Therein lies the challenge.”

A spokesperson for the airline said: “Wizz Air and the airline industry are highly regulated, and safety is, and always will be, our first priority. We have a robust and responsible crew management system that meets the needs of our people and enables us to serve as many customers as possible in the current challenging environment.”

A spokesperson for the UK Civil Aviation Authority said: “Managing crew fatigue is vital to maintaining those high safety standards and is an issue the industry takes very seriously.

“All airlines must adhere to these regulations when scheduling crew duty periods. In addition, airlines are required to actively demonstrate how they manage crew fatigue.”

Disappearing boy on fairground ride has everyone baffled – can you work out what’s going on?