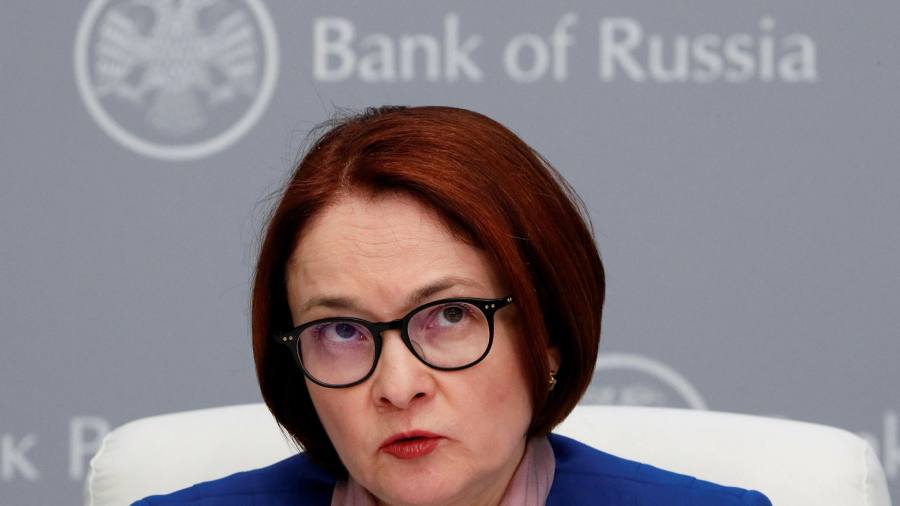 Russia’s central bank governor Elvira Nabiullina said she backed a plan to merge VTB, the Kremlin’s second-largest state lender, with two other Moscow-run banks after western sanctions cut them off from global markets.

Nabiullina told reporters on Friday that top-10 lender Otkritie, which the central bank nationalised in 2017, would merge with VTB and its former subsidiary RNCB, which is focused on the Crimean peninsula Russia annexed from Ukraine in 2014.

The move indicated how sharply sanctions have derailed Russian banks’ plans to expand into global markets since President Vladimir Putin ordered the invasion of Ukraine in February.

In the weeks leading up to the war, the central bank held discussions with potential foreign investors including Italy’s UniCredit about selling a large stake in Otkritie and considered a potential public offering as a way to return some of the nearly $50bn it spent on rescuing the bank as well as two other failed lenders.

VTB, which once aspired to be a global investment bank modelled after Deutsche Bank, was Russia’s biggest capital markets player.

But US, UK, and EU sanctions against VTB and Otkritie effectively put them in the same position as RNCB after it was sanctioned in 2014 when it entered the Crimean market — which Russia’s global banking players then feared to do.

That had forced the central bank to look for other ways to divest, Nabiullina said.

“We were getting Otkritie ready for sale on the market and were working with potential investors — there really were some,” Nabiullina said. “But we understand that as the banking regulator we can’t own a bank for too long, and in these conditions you need a reasonable decision,” she said.

In a letter to Putin last week seen by the Financial Times and first reported by Russian financial news site Frank RG, VTB chief executive Andrei Kostin wrote that “Russia’s banking sector and economy as a whole must adapt to radically changed circumstances in record time”.

Merging the banks, which are all under the US’s strongest full blocking sanctions, would help “raise the capital adequacy and operational efficiency of the Russian banking sector”, Kostin wrote.

“We consider that the proposed consolidation will have a strong synergetic effect, lower total operating costs and raise capital efficiency, including by realising programmes to develop import substitution and supporting economic activity.”

Putin scribbled his assent on the letter.

Nabiullina said details of the deal were still being worked out but that Otkritie would be transferred to the Russian government, which owns the state’s stakes in VTB and RNCB.

The consolidation is the second major Russian corporate merger forced by the sanctions this week after it emerged Renault is in talks to sell its majority stake in Lada carmaker Avtovaz to the state for one rouble.

But Nabiullina said fears of creeping nationalisation of the banking sector were unfounded. “Otkritie’s already in the state sector. By transferring it to the state, we get rid of the conflict of interests” created when the central bank, which regulates Russia’s banking sector, owns a bank itself, she said.