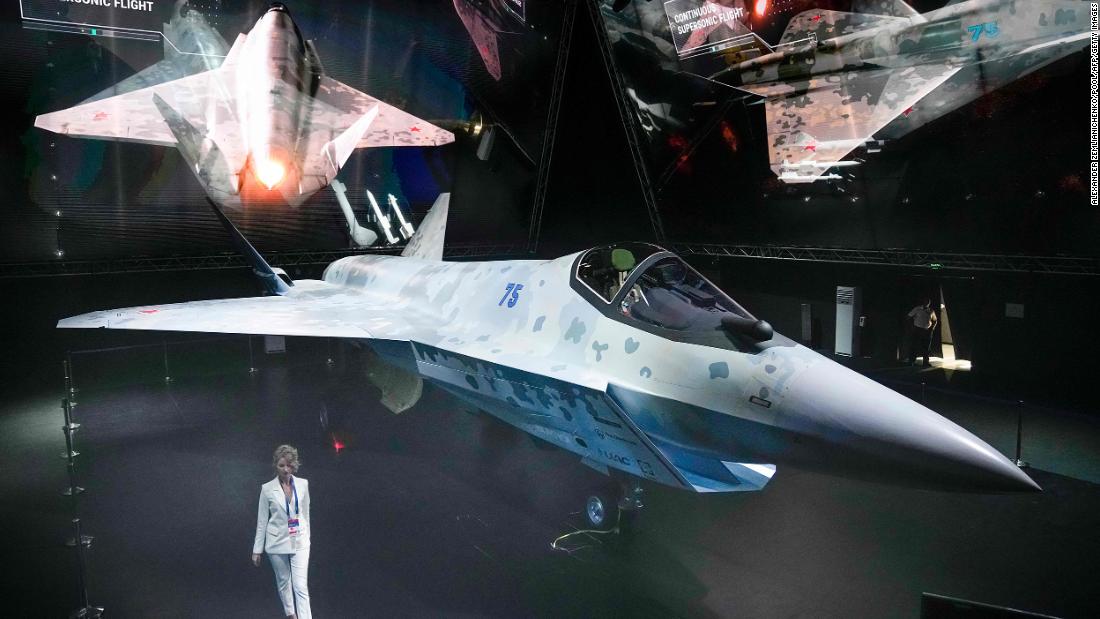 Russian President Vladimir Putin got a sneak peak of a new fifth-generation lightweight single-engine fighter jet at an air show just outside of Moscow on Tuesday.

Russian aircraft makers unveiled a prototype of the stealth fighter dubbed “Checkmate” for the 68-year-old leader at the MAKS-2021 International Aviation and Space Salon in Zhukovsky, ahead of its official unveiling later in the day, according to a statement from Rostec, the state-owned military giant which is responsible for exporting Russian technology.

The head of Rostec, Sergey Chemezov, and the General Director of United Aircraft Corporation (UAC), Yury Slyusar, presented the warplane to Putin at the exhibition pavilion of the Sukhoi company.

The fifth-generation light single-engine fighter prototype is unique and has not been developed before in Russia, according to a presentation by state-owned UAC.

The company’s head, Slyusar, also touted the aircraft’s features on Russian state TV, describing the planes as “unique in their class” and adding that they have “a combat radius of 1,500 kilometers, the largest thrust-to-weight ratio, shortened takeoff and landing, more than 7 tons of combat load, which is an absolute record for aircraft of this class.”

Its first maiden flight is expected in 2023, Russian state media reported, citing a presentation shown to the Russian President.

UAC also expects deliveries of the new single-engine fighter to begin in 2026.

Earlier in the day, Putin lauded Russia’s aviation industry in a speech at the air show’s opening.

“What we see today in Zhukovsky clearly shows that Russian aviation has great potential for development, and our aircraft industry continues to create new competitive aircraft,” he said.

Dmitry Stefanovich, Research Fellow at the Center for International Security, Primakov Institute of World Economy and International Relations (IMEMO RAS) in Moscow, told CNN the focus of the Sukhoi fighter jet is likely to be on export and military-technical cooperation with other countries.

“This is a game-changing offer on the market,” Stefanovich said. “It’s been a long time since Russia demonstrated single-engine fighters. For a very long time, there haven’t been any new Russian light combat aircraft on the market. And no fifth generation as such.”

Countries such as UAE, Argentina, Vietnam and India may be the first to be lining up to sign contracts with Russia for the new jet, according to Stefanovich.

On Monday, Russia’s Defense Ministry announced that it had tested its Tsirkon hypersonic missile from the Admiral Grigorovich frigate in the White Sea, hitting a land target on the Barents Sea more than 200 miles away.

“This is hardly a coincidence,” Stefanovich said. “Russia demonstrates in practice that it remains a very serious force in the development and production of advanced missile systems.”