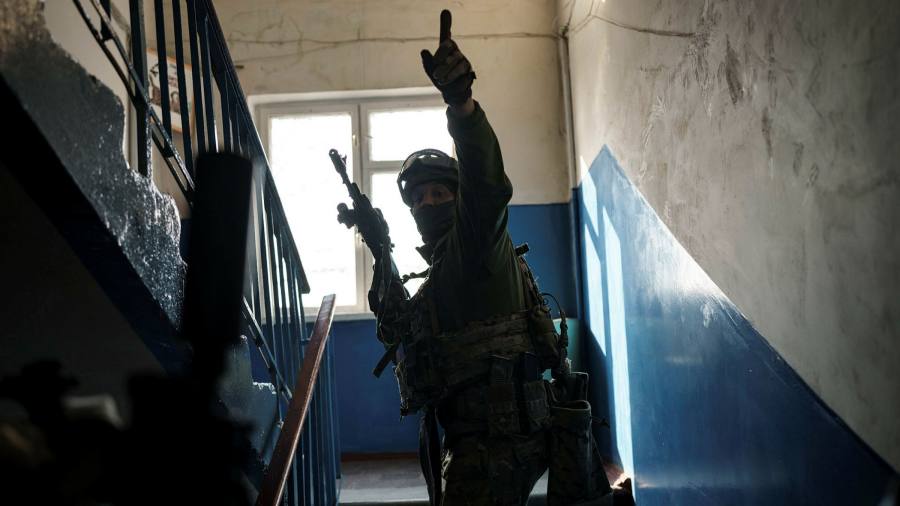 Russia is running short of precision missiles in its war against Ukraine and its arms factories lack the ability to produce enough to keep up with demand, western officials have said.

Limitations in Russia’s arms supply industry and the impact of western sanctions mean Moscow is having to transport missiles from other parts of the country to Ukraine, the officials said on Friday.

“Their stock is limited, it is being run down, and we are seeing them having to move Kalibr missiles from other strategic directions where they may be stored,” said one western official, referring to sea-launched cruise missiles. “That brings you some indications that their stock of precision weapons is being reduced.”

The assessment comes as the US and its European allies ramp up efforts to arm Kyiv and are girding for a protracted conflict, with the Biden administration looking to send $33bn more in military, economic and humanitarian aid to Ukraine.

It also comes as the Kremlin continues to struggle on the ground in Ukraine, with the Pentagon saying it believes Russia is at least several days behind its goal to encircle Ukrainian forces in the Donbas.

“We believe that they meant to be much further along in terms of a total encirclement of Ukrainian troops in the east and they have not been able to link north with south,” said a senior US defence official. “In fact they’re nowhere close to linking north with south as the Ukrainians continue to fight back.”

Most Russian strikes are concentrated in the eastern Donbas region of Ukraine and the coastal city of Mariupol, the US official said, adding that most of the ordinance is “dumb ordinance, not precision-guided”.

“We think that speaks to challenges that the Russians are having with [precision-guided munitions] replenishment,” the US official said.

The western official said Russia’s difficulties in resupplying guided weaponry has been caused both by the “quality of their industrial base”, but also by western sanctions that are “limiting their ability to generate more capability in the time that it would be needed to have an effect on the battlefield”.

Russian progress in the Donbas has been “slow and uneven”, as its forces meet stiff Ukrainian resistance and try to learn from past mistakes, the US official said. They have made limited advances to the south-east and south-west of Izyum and toward the towns of Slovyansk and Barvinkove.

The US believes Russia is trying to move forces north out of Mariupol, but progress there has also been slow, the US official added.

Elsewhere, Russian forces have targeted central and western Ukraine with bombardment to try to prevent Ukraine from replenishing and reinforcing their troops in the south and east, the official said.

Recent strikes in Kyiv were meant to target military production capabilities and attacks that hit residential areas “may have been misses”, the official said.

A vodka-fuelled fantasy dinner with Zelensky, Borat and Joan Rivers