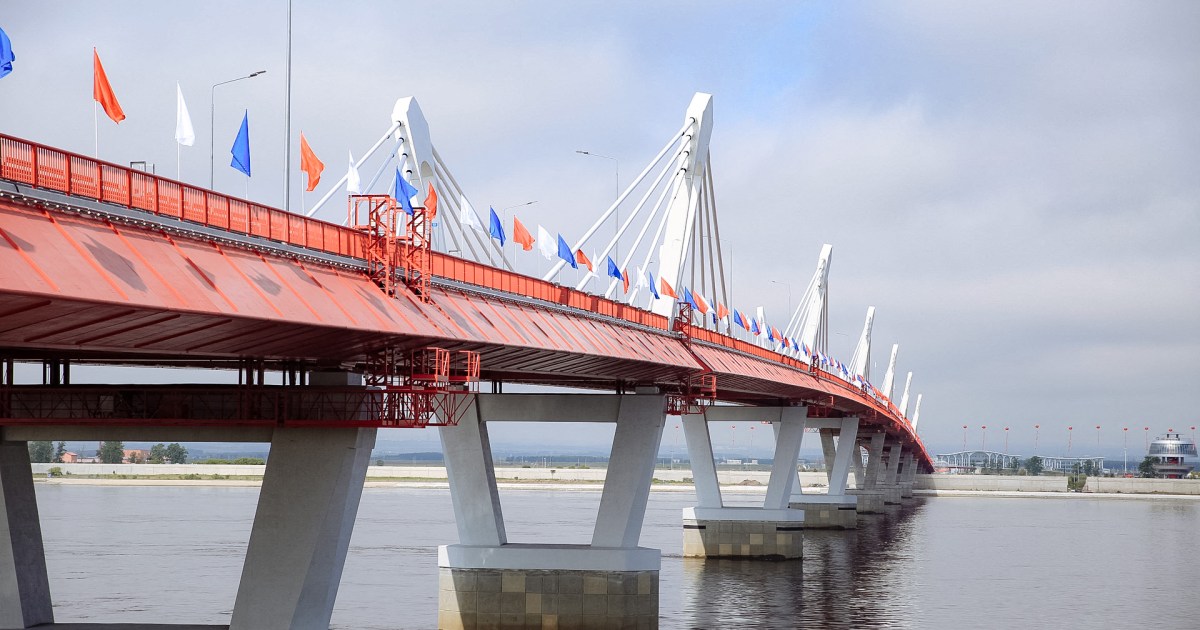 Russia and China have opened a new cross-border bridge in the Far East that they hope will further strengthen trade as Moscow reels from sweeping Western sanctions imposed over its actions in Ukraine.

The bridge linking the Russian city of Blagoveshchensk to the Chinese city of Heihe across the Amur River – known in China as the Heilongjiang – is about 1km long and cost 19 billion roubles ($342m), the RIA news agency reported on Friday.

Amid a fireworks display, freight trucks from both ends crossed the two-lane bridge festooned with flags in the colours of both countries, video footage of the opening showed.

Russian authorities said the bridge would bring Moscow and Beijing closer together by boosting trade after they announced a “no limits” partnership in February, shortly before President Vladimir Putin sent his forces into Ukraine.

China wants to deepen practical cooperation with Russia in all areas, Chinese Vice Premier Hu Chunhua said at the opening.

Russia’s Minister of Transport Vitaly Savelyev said the bridge would help boost bilateral annual trade to more than one million tonnes of goods.

The bridge had been under construction since 2016 and was completed in May 2020, but its opening was delayed by cross-border COVID-19 restrictions, said BTS-MOST, the firm building the bridge on the Russian side.

BTS-MOST said freight traffic on the bridge would shorten the travel distance of Chinese goods to western Russia by 1,500km (930 miles).

Vehicles crossing the bridge must pay a toll of 8,700 roubles ($150), a price that is expected to drop as toll fees begin to offset the cost of construction.

Russia said in April it expected commodity flows with China to grow and trade with Beijing to reach $200bn by 2024.

China is a major buyer of Russian natural resources and agricultural products.

China has declined to condemn Russia’s actions in Ukraine and has criticised the Western sanctions on Moscow.