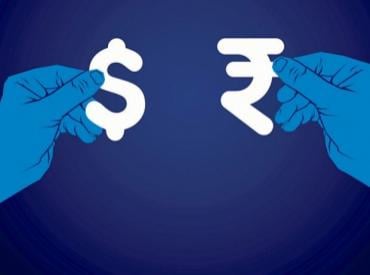 The rupee depreciated to a fresh low against the US dollar on Friday as sentiment for the domestic currency remained weak in the face of a rapidly strengthening greenback. The dollar has surged globally over the last couple of days as the Federal Reserve has signalled a longer-than-expected tightening cycle.

The rupee touched a new intraday low of 81.25 per US dollar in the first few minutes of trade on Friday. At 09:25 am IST, the local currency was trading at 81.13. The rupee had plunged 1.1 per cent against the dollar on Thursday, closing at a record low of 80.87 per dollar.

A lack of significant dollar sales by the Reserve Bank of India (RBI) despite a steep decline in the rupee on Wednesday also made traders jittery as they awaited cues on the central bank’s future intervention strategy, dealers said.

Government bonds too extended sharp losses from Wednesday, with the yield on the 10-year benchmark bond last trading 7 basis points higher at 7.38 per cent. Bond prices and yields move inversely. The hardening of bond yields was in line with an increase in US Treasury yields.

“10-year UST yields continue to rise after hawkish Fed commentary. BoE, SNB and Norway raise rates as well. USD/CNH continues to be volatile but drifting higher only which also add on to rupee pressure. As per charts, DXY can test 112.40 levels. For USD/INR, 80.40 now turns as a base while 81.40 levels can be tested,” Shinhan Bank’s Vice-President (Global Trading Centre) Kunal Sodhani said.

Prior to the sharp weakness experienced on Thursday, the rupee had ranked as an outperformer amid emerging market currencies due to a resumption of overseas investment in equities, a decline in crude oil prices and aggressive market interventions by the RBI.

However, since Thursday, the rupee has suffered to a greater degree than its emerging market peers, leading to speculation that the central bank was letting the currency adjust to the new reality of US interest rates staying higher for longer. Following market interventions since late February, the RBI’s foreign exchange reserves are currently at a two-year low of around $550 billion.

“The absence of RBI was felt yesterday as the rupee independently followed the global factors towards achieving its fair value. One of the reasons that RBI couldn’t rescue the fall in the currency was inadequate liquidity in the banking system which is currently in deficit,” CR Forex Advisors MD Amit Pabari wrote.

“RBI’s intervention in the spot market could make the case worst for the banking system liquidity amid short-term interest rates going higher,” he wrote. CR Forex sees the rupee weakening up to 81.80-82.00 per dollar over the near term.