Eoin Morgan departed for a seven-ball duck in England’s one-day international victory over the Netherlands on Sunday; the England captain has scored one half-century in his last 26 one-day innings; Jason Roy: “He’s an incredible worker, an incredible guy so I’m backing him for sure.”

Jason Roy backed Eoin Morgan to rediscover his touch with the bat soon after the England captain made a second successive duck against the Netherlands.

Morgan’s poor form continued at Amstelveen on Sunday when he departed for a seven-ball duck as England wrapped up a series victory with a game to spare.

Morgan has scored one half-century in his last 26 one-day innings, at a time when competition for places in England’s top order has never felt so intense, but he retained Roy’s backing.

“That’s just the fickle nature of the sport,” said Roy. “If you’re behind the eight ball it’s quite tough but he’s an incredible worker, an incredible guy so I’m backing him for sure.”

Roy added: “He’s the captain of our side and winning game so I think that means more to him than his scores which makes him more special to play under.

“He will be alright. He’ll be absolutely fine.”

Cork: Morgan has credit in the bank

“It’s not easy to not be playing a lot of world cricket, at the moment. He just needs a knock. That is all it is.

“Let’s wait and see where we are in six to eight months’ time when he’s played a little bit more cricket. Then, I think the selectors, Rob Key and the coach will sit down and decide what’s best. Is he still one of the best six batsmen in the team? If he is, he’s in the team.” 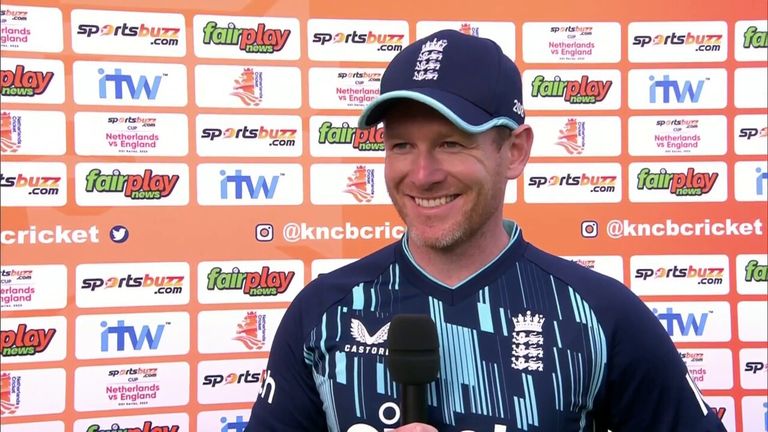 Morgan echoed Roy’s sentiments regarding England’s strength in depth, saying they now have a host of batsmen willing to take on the world.

“We seem to keep producing a lot of batsmen that are very aggressive, very talented and willing to take the world on, and that is hugely complementary to the artillery that we already have.

“In a similar instance, India have a lot of batsmen that they could turn to and call upon at any time, but obviously the skill within that is picking the right side, that complements a winning team.”

“Jos [Buttler] didn’t even come into bat today,” Roy said. “We’ve got great depth. We’ve got guys on the bench that are willing to do a job.

“Obviously, we’ve also got players missing due to the Tests so it is a good time for English cricket at the moment, but we’ve just got to keep the ball rolling and keep winning.

He added: “English cricket is in a very healthy state. We’ve got some great players that are willing to do anything. They are training extremely hard and putting the work in, and that is exciting to see. They are all getting their opportunity along the way, but yes, it is just nice to be back out here with the badge on.”

Roy marked his 100th one-day international with a typically assertive 73 from 60 balls as England moved into an unassailable 2-0 series lead against the Netherlands after a six-wicket victory on Sunday.

It came just three months after Roy was given a suspended two-match ban and fined by the Cricket Discipline Commission, the reasons for which were not disclosed by the England and Wales Cricket Board.

He did not shed any light on what led to his punishment but admitted he endured a turbulent start to the year, despondent at having to be apart from his son, born in January, for the Pakistan Super League.

Worn out by coronavirus bubbles, Roy withdrew from the Indian Premier League and took a “short indefinite break” from cricket but believes some time with his family reinvigorated him. 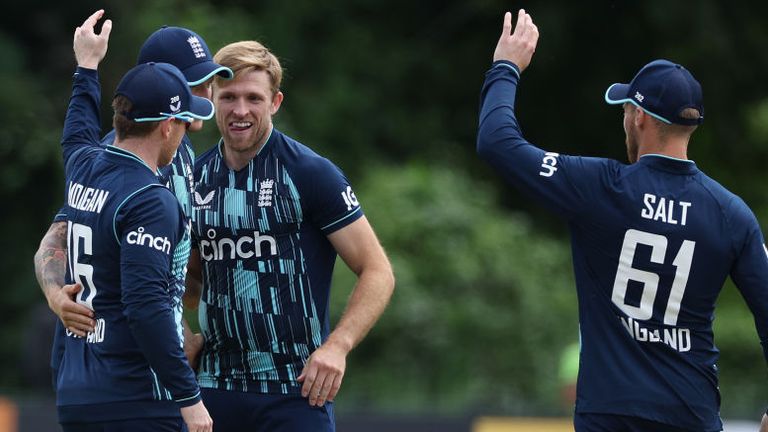 “Things mentally weren’t right with me at the PSL,” he said. “I was in a weird place because I was playing good cricket but I wasn’t enjoying myself, I wasn’t happy and it was just a dark time.

“It was just a good two months to come home and live a normal life for a bit after a tough couple of years.

“(There were) a lot of months away. Over 50 days of hotel quarantine the year before and then having a child in January and having to spend time away from him was just a bit too much.”

He added: “I missed the IPL to spend some time at home and it has refreshed my mind and body, and I recognised where I was at with a lot of things.

“So, it is nice to be here now and I’m chomping at the bit to put the badge back on. It’s the same for Surrey. I’ve loved every minute of that.

“It’s a nice feeling to be in love with the game again.”

‘Credit to the Netherlands, but England too good’

“That’s what it was all about today, winning the game and the series. You’d expect that even though it was a shortened game.

“Credit to the Netherlands. They came back and they never gave up, but England are just too strong for them, and you’d expect them now to go on and win 3-0 in the series.

“England are a good team. They have strength in depth.”

‘100 caps in this team is ridiculous’

Roy’s first 50-over innings for England ended in a first-ball duck in 2015 but set in motion a sequence of events that ended with them memorably being crowned world champions four years later.

Even now, Roy is the linchpin opening batter responsible for setting the tempo at the start of the innings and he hastened their pursuit of hauling down the Netherlands’ 235-7 in Amstelveen.

Five of his first nine balls were dispatched for four while he shared a 139-ball opening stand with Phil Salt, who followed up a century in the opening ODI with 77 here that broke the back of the chase. 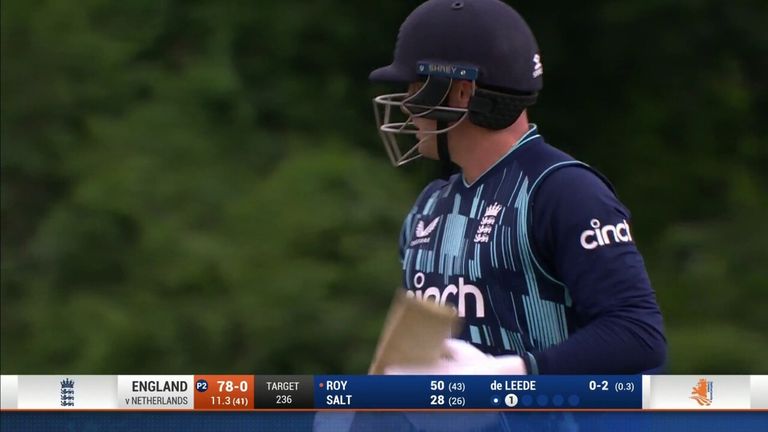 “To be involved with a team like this for 100 games is ridiculous,” said Roy, who was presented with his 100th cap by Moeen Ali. “It’s an incredible feeling. It kind of crept up. The hundred feels very special.

“At least the 100th game was better than my first innings! But it’s an incredible feeling – whether I got 70 or nought here, it would have been a special day.

“I couldn’t be prouder. It’s an incredible feeling.”

Roy on Mott’s start as coach…

“He’s made a few jokes here or there and lightened the mood, and kept things very simple.

“On first impressions, he’s been brilliant for the side. He’s a great man manager and he gets around the lads when he needs to so very happy with him.”