England head coach Chris Silverwood and bowling coach Jon Lewis will reunite with the squad having both recovered from Covid-19; Root said: “It was a difficult week for the group of players with him not being around and it must have been very difficult for him”

Captain Joe Root has offered his renewed support to Chris Silverwood, after the
England head coach rejoined the squad ahead of the final Ashes Test.

Silverwood missed his side’s hard-earned draw in Sydney last week, watching the drama from isolation in Melbourne as he recovered from coronavirus.

Having presided over three convincing defeats and been absent from the morale-boosting rescue job, nobody will be keener than Silverwood to end the series on a high in the day/night clash beginning on Friday in Hobart.

After more than two years in the top job, the Test side have gone into decline on his watch and the 46-year-old will need to persuade his bosses at the England and Wales Cricket Board that he can also be the man to reverse the slide. 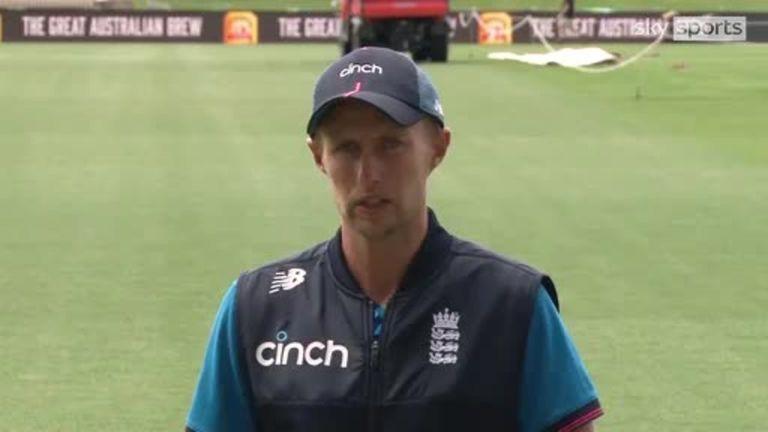 With no indication that Root’s tenure is coming to an end – a reflection of the lack of compelling alternatives as much as his own record – the skipper’s backing is crucial.

“Yes, I would,” he said. “I think the performances we put in during the first three games, I feel we’ve let him and the coaches down to a degree.

“I think he’s very calm, he has the respect of the guys in the group and he’s got a desperation to see everyone do well.

“It was a difficult week for the group of players with him not being around and it must have been very difficult for him.”

Root also suggested the logistical challenges of fulfilling England’s exhaustive schedule during the pandemic era has worked against Silverwood.

No other international side have played as often in the past couple of years and Root believes the additional stresses and strains of the time have contributed to holding the team back.

“I think he’s had a very difficult time of it with the environments we’ve been living in,” Root said.

“We’re trying to manage winning games of cricket with bubble environments away from home.

“For a long time we’ve not been able to put our best teams out because we’ve been constantly trying to make sure from a mental well-being point of view everyone is looked after properly. That’s down to the schedule we’ve dealt with over two years.” One change for England, but who will come in?

England will make one enforced change to the side that took the whitewash off the table at the SCG, with wicketkeeper Jos Buttler already back home after sustaining a fractured index finger.

Root stopped short of confirming Kent’s Sam Billings would step in to make his debut, but the fact that Yorkshire’s Harry Brook has been called up to cover for him in the T20 squad to face the West Indies and a long practice session with the gloves on Wednesday points firmly in that direction.

Buttler was one of three injuries coming out of Sydney, with Ben Stokes’ side strain and Jonny Bairstow’s damaged right thumb the others.

“We need to make sure they are physically in a place where they can get through five days of hard cricket,” Root said.

“It’s all right being fit to play, but you’ve got to be fit to perform and that’s what we’ve got to work out.

“It’s very difficult to tell Ben ‘no’ but you have to make sure for his sake and the sake of the team we’re able to get through the game with 11 players and he’s not letting others down by playing through something serious.

“You know he’ll do what’s right for the group – he’d never want to play if he didn’t feel he could get through.”

Root also revealed he was still mulling over whether to put his name up for the Indian Premier League’s ‘mega’ auction in February.

Players must declare by the end of this week if they are interested and, while Root is attracted to the idea of expanding his horizons and enhancing his T20 World Cup prospects, he is clear where his priorities lie.

“That’s something I will have to keep wrestling with,” he said. “Time is ticking but I have a lot to weigh up.

“The thing I will weigh up is: will it have a negative impact on me playing Test cricket?

“I will never compromise or do anything that will detract from playing Test cricket for England.

“It is so important to make sure that is the priority for me and other players as well.”

Amber Rose Shares A Message Regarding Her Resurfaced Tweet, Says Kim Kardashian & Her Sisters Didn’t Deserve What She Wrote

A brutal winter storm walloping much of the Southeast has brought rare sights: freezing rain, snow and ice

Billionaire Wealth Has Soared As Millions Fell Into Poverty During Pandemic: Oxfam

NBA player gets ejected for pointing at opponent!

Walmart is getting serious about the metaverse

Texas synagogue siege: Everything we know about the hostage-taker in Colleyville

Carville: Dems ‘whine too much,’ need to highlight accomplishments ahead of midterms

James Carville: Dems ‘whine too much,’ need to highlight accomplishments ahead of midterms

Can Afghanistan avoid a hunger crisis?

Roberto Martinez is Everton’s No.1 choice to replace Rafa Benitez as manager

Winter storm Izzy: Worst ice and snow of season as ‘Saskatchewan Screamer’ barrels across US

Monday at AFCON: Who will join Cameroon in last 16?

Tonga volcano eruption: What we know so far