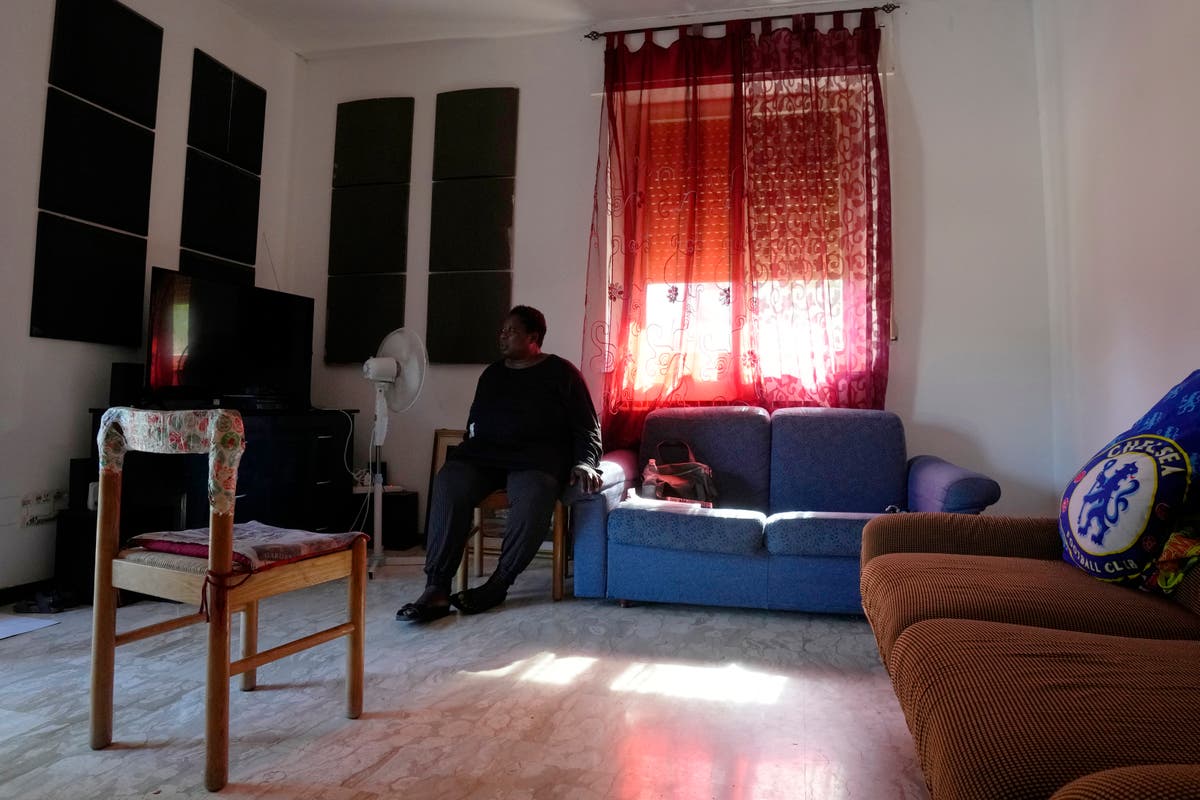 Black Italians marched through a well-to-do Adriatic beach town Saturday demanding that authorities reverse themselves and recognize the role of race in the brutal daylight killing of a Nigerian immigrant.

Several witnesses filmed the July 29 assault but failed to physically intervene. A widely circulated video showed a man wrestling to the ground and strangling street vendor Alika Ogorchukwu, 39. Onlookers shouted for the aggressor to stop but didn’t come to Ogorchukwu’s aid as he struggled to free himself, a fact that added to public outrage over the killing.

Police arrested a suspect, Filippo Ferlazzo, 32, but immediately ruled out a racial motivation for the attack in the Italian town of Civitanova Marche. Ferlazzo’s lawyer, Roberta Bizzarri, said prosecutors confirmed that determination in his client’s charging document.

According to police, Ferlazzo first struck Ogorchukwu with a walking crutch the vendor used, having pursued him some 200 meters down a shopping street lined with high-end boutiques. Some accounts said Ogorchukwu had complimented Ferlazzo’s companion while trying to make a sale or ask for spare change, others that he had touched or caressed the companion’s arm.

Townspeople, taking the lead of law enforcement officials, have attributed the Nigerian man’s death to an insistent street-seller unfortunately clashing with a man with a court-documented history of mental illness.

“This is not a racist city,’’ newsstand owner Domenico Giordano said. “This is an open city. If you behave well, you are welcomed and even helped.”

People have left flowers and notes of condolence on the sidewalk where Ogorchukwu died, in front of a beachwear boutique that was closed for lunch at the time.

Store owner Laura Latino said she has received negative reviews from as far away as Houston accusing her of standing by and doing nothing when she wasn’t there.

‘’Be careful about judging a city of 45,000 people,’’ Latino said, adding that she thinks propaganda around the death was “ruining the reputation of the city.”

City officials have expressed concern that the killing would become politicized as Italy prepares for parliamentary elections next month.

The role of race in the case is so charged that a local newspaper, il Resto del Carlino, carried a headline promising that “the word racism” would not be used during Saturday’s march.

But a manifesto for the event, billed as the the country’s first to be organized by Black Italians, lists the recognition of the role of race in what happened to Ogorchukwu as the first of 11 demands. Some 30 organizations said they would seek to join the prosecution as a civil complainant on behalf of “racialized people.”

Ogorchukwu’s widow, Charity Oriakhi, is reluctant to say the killing was racially motivated.

“It is just someone who is wicked,” Oriakhi told The Associated Press. “He wants to kill someone, that is what I feel.”

She said both she and her husband had always felt welcome in Italy and that he never recounted having negative interactions when he was out selling. In fact, she said, he often came home with gifts from Italians for the couple’s 8-year-old son.

The pair hailed from different parts of Nigeria and met in the Tuscan town of Prato about a decade ago, shortly after Ogorchukwu’s arrival in Italy, and later resettled in the Marche region in an apartment above a marble workshop in the small hillside town of San Severino.

The Nigerian government has condemned Ogorchukwu’s death, and the West African nation’s Foreign Affairs Ministry urged Italian authorities to “bring the perpetrator of the heinous act to book without delay.”

Nigerians who have lived in Italy for decades and organizers of Saturday’s march say race cannot be excluded as a motive.

“The word racism cannot be minimized because it exists,’’ said Daniel Amanze, an activist based in Macerata who arrived in Italy from Nigeria as a student 40 years ago. He said he perceived racism becoming more “obvious” in recent years as some politicians scapegoat immigrants as cover “for their poor administration and the malaise you see every day.”

Amanze said Ogorchukwu’s killing renewed a sense of fear among Africans living in the Marche region that had started to dissipate following two other racially motivated attacks: a 2018 shooting spree by a one-time far-right political activist targeting Africans in Macerata that wounded six, and the death of a Nigerian man who was attacked after defending his wife from racial abuse in the town of Fermo in 2016.

Ogorchukwu used a crutch because a car struck him while he was on a bicycle a year ago, leaving him with a limp, according to people who knew him. The family’s lawyer, Franceso Mantella, said the street vendor continued to hawk wares, from tissues to straw hats, even after an insurance settlement provided a bit more financial security along with Oriakhi’s job cleaning a train station.

The widow said she last saw her husband when he gave her a sandwich at the station before he he set out for Civitanova the Friday he died. She is haunted by the images on the video, and keeps the TV at home off so her son doesn’t see them.

“I saw the video, just when the boy was strangling hard, very, very hard, and my husband was struggling like this,’’ she said, mimicking the stranglehold. “What hurts me most, is there are people circled. They do a video. No one to help. I wish someone rescued him. Maybe he would not be dead.”