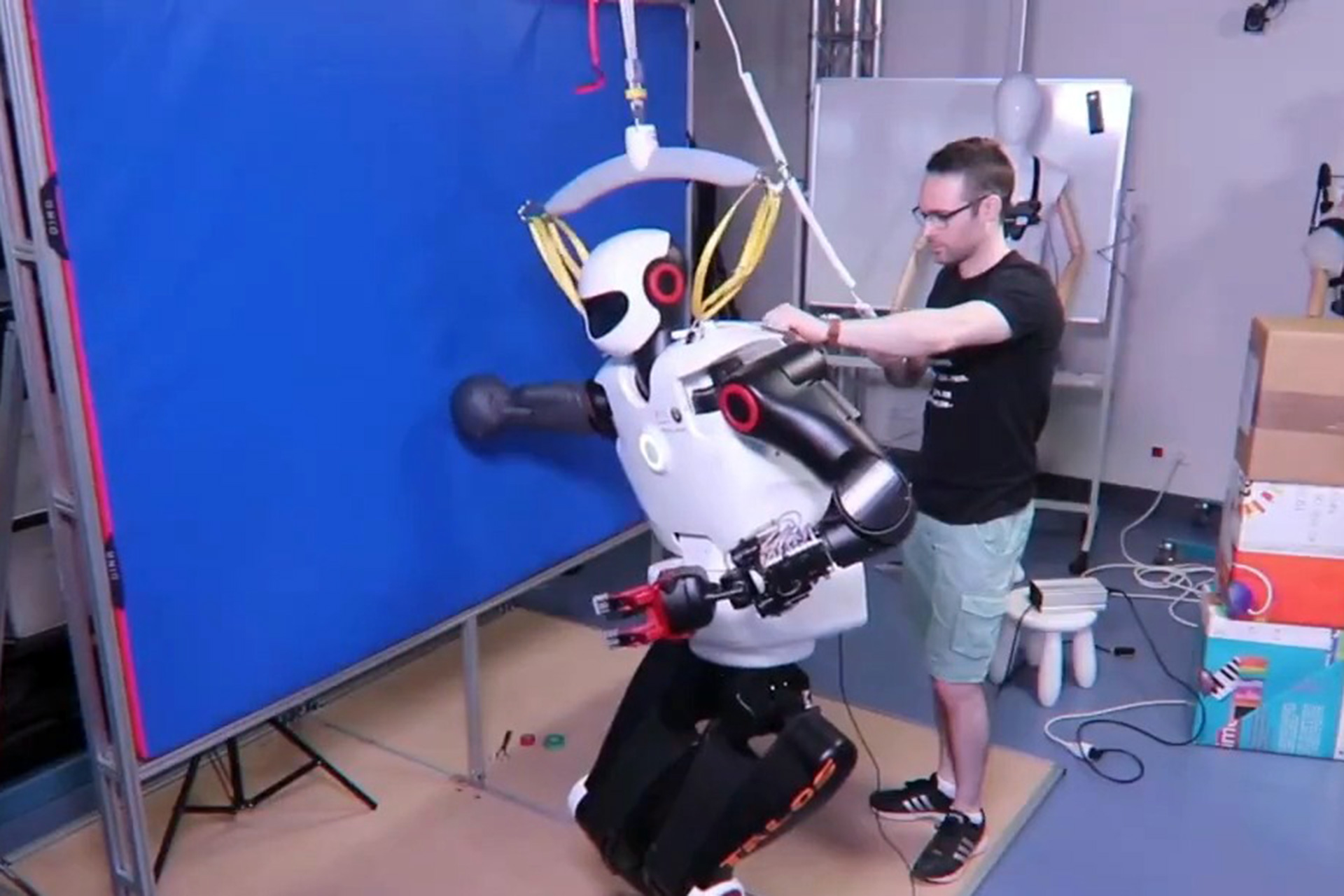 So much for giggling at robots falling down. Researchers at the University of Lorraine have developed a “Damage Reflex” system (aka D-Reflex) that has a humanoid TALOS robot prop itself against a wall when one of its legs is broken, much like a human who just lost their balance. The neural network-based system uses its experience (in this case, 882,000 training simulations) to quickly find a point on the wall most likely to provide stability. The robot doesn’t need to know how it was damaged, and can reach out roughly as quickly as a person.

The result, as IEEE Spectrum notes, is the anti-comedy you’d expect. Instead of a tumble to the ground, the robot braces itself against the wall like someone who just sprained their ankle. It’s not particularly graceful and requires that the robot stops its hand the moment it makes contact, but it’s effective in three out of four tests.

D-Reflex isn’t guaranteed to prevent a fall, if partly because it can’t account for every possible position or surface. It also doesn’t help the robot recover once it averts catastrophe — you won’t see the automaton limping along a wall until it finds help. The current approach is also based around a stationary bot, and won’t help if an actuator fails mid-stride.

Researchers hope to make a system that’s useful on the move, however, and envision robots that can grab chairs and other complex objects when a fall is imminent. This could save the cost of replacing worker robots that would otherwise plunge to their doom, and might lead to more ‘natural’ bots that learn to use their environments to their advantage. One thing’s for sure: if the robopocalypse happens, tripping the machines won’t stop them for long.