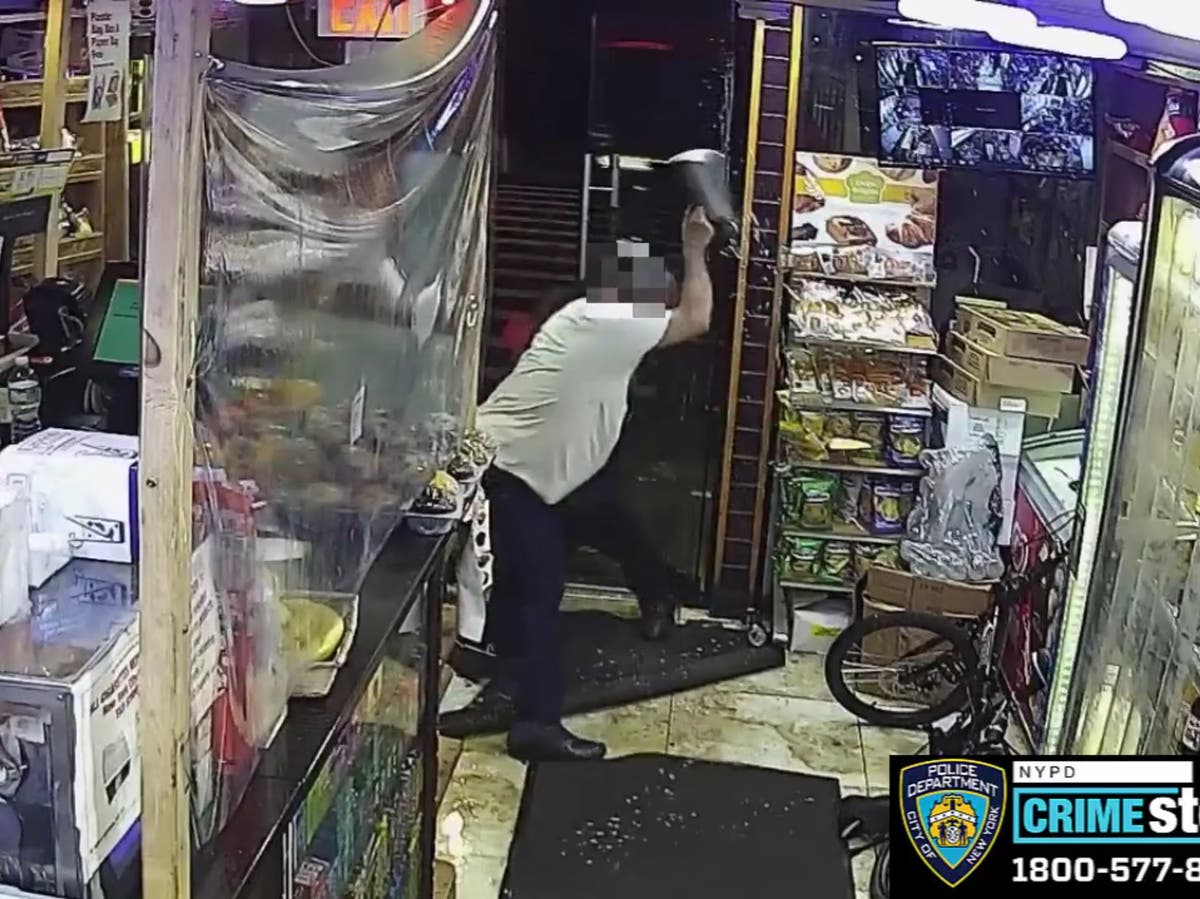 Two men were caught on a surveillance camera brutally beating a bodega worker before running off with beer and cigarettes, according to a video.

In footage released on Wednesday, the two men walked into the Deli and Grill Bodega on New York’s Lower East Side at around 4.55am on Friday and started beating a worker.

According to the New York Post, it came after the worker, aged 65, confronted the duo for trying to carry off a case of Coors Light.

The worker fell backwards and to the floor, after the two robbers carried-out an assault – bashing the bodega worker with a baseball bat.

As the worker and a robber fought, the other man was caught on camera walking behind the counter and removing cigarettes worth $450 (£318), according to the Post.

The two robbers fled from the bodega down Grand Street, with the New York Police Department calling for information into the attack.

Both men are believed to be in their 30s and of a medium build, and were last seeing wearing black t-shirts. One of the duo has short hair and tattoos, and the other was wearing a black du-rag and had a darker complexion, according to FOX5.

First responders were called to the bodega to treat the 65-year-old, who suffered minor injuries in the attack, and was thought to be recovering.

Why your efforts to build good habits, like exercising and eating well, aren’t working