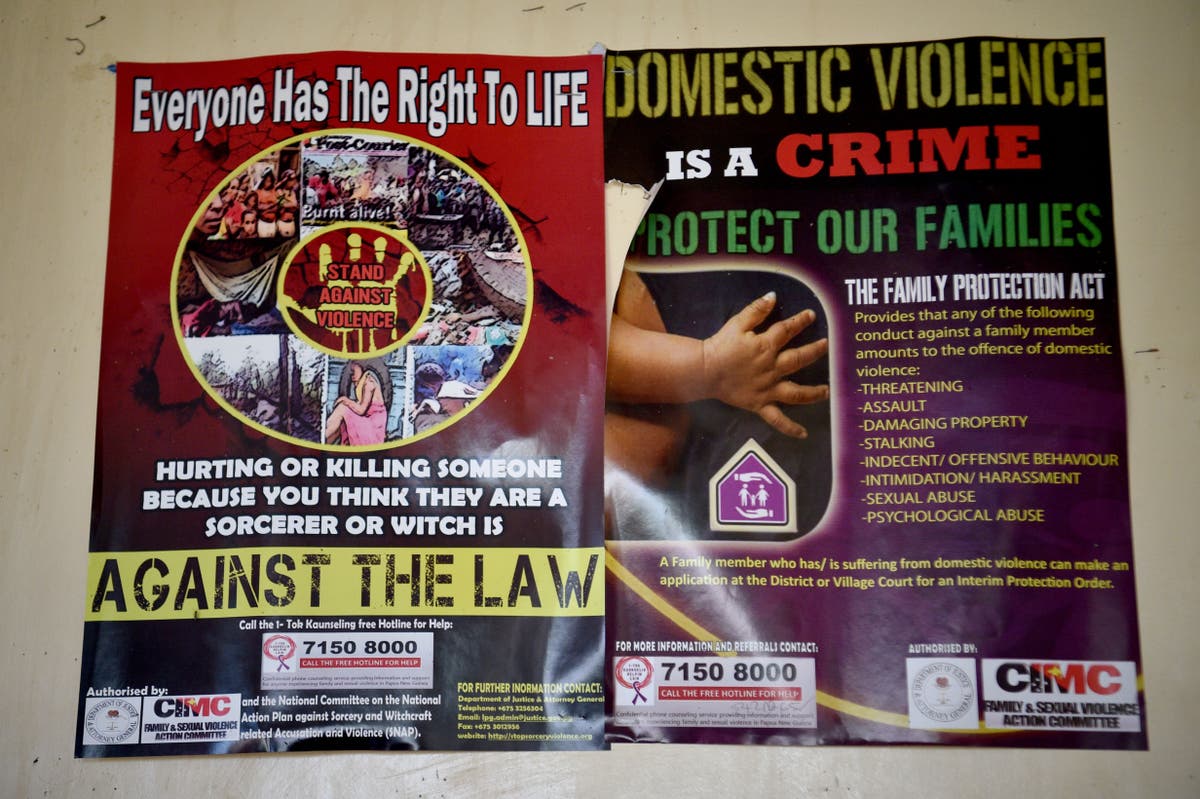 A rising number of women in Papua New Guinea have suffered brutal violence after being falsely accused of carrying out witchcraft, campaigners have warned.

Human Rights Watch noted accusations over sorcery often surface when there has been a sudden death or illness in the community, and warned the increase in attacks could be linked to a steep rise in coronavirus cases in the southwestern Pacific country.

The leading organisation called for the authorities to take measures to urgently stop disinformation about Covid-19 deaths in a bid to prevent more attacks being carried out after allegations of sorcery.

Human Rights Watch said at least five women have been attacked since March this year – with one of them being killed.

The most recent reported case in early May saw Mary Kopari accused of sorcery after a young boy died in her village. She was tied up and burned alive in Komo-Magarima District – with her attack filmed and reported by Papua New Guinea television.

Human Rights Watch said while police are aware of who some of the attackers are, no arrests have been reported.

“Gender-based violence is a persistent problem in Papua New Guinea, and the government is doing very little to stop it.”

Ms McLennan called for the government to tackle the “root causes of sorcery accusations” such as the dearth of “basic knowledge among the public about health problems”.

She added: “The authorities should act swiftly and effectively to correct misinformation about deaths from Covid-19 to prevent more sorcery accusations and attacks.”

In one case, a 45-year-old woman and her 19-year-old daughter were accused of causing the woman’s husband to have died. He is believed to have died from Covid.

The mother and daughter were held captive by the husband’s relatives and tortured with hot iron rods at the end of March in Goroka which is in the Eastern Highlands. Police managed to rescue both of them from the attack.

Police also rescued two women who were viciously attacked in Port Moresby by a group of up to 20 men torturing them after accusing them of witchcraft at the end of April.

The women were scolded with hot irons for hours after men accused them of carrying out sorcery and killing a woman who had recently died. Police discovered one of the women tied up with ropes and severely injured – with both women who were tortured treated for knife injuries as well as serious burns.

A coalition of members of parliament is currently holding a meeting about gender-based violence in the country – with the inquiry stretching from the end of May until the end of June.

Dr Fiona Hukula, a gender specialist who gave evidence at one of the summit’s hearings, said women hit with sorcery allegations are “often tortured, often cut, sexually violated, their clothes are removed and they are often kept in captivity.”

“The parliamentary inquiry should lead the way in exploring options for early warning, protection, and dispute resolution mechanisms that can help prevent such crimes.”

Climate change: 167 million homes could be wiped out by 2040 – warning