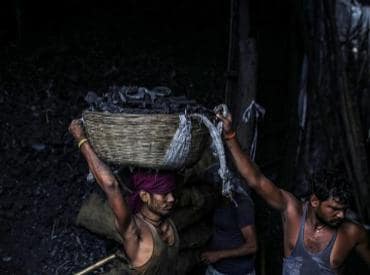 To look at the way richer countries are spending money on the energy transition, you might think we’re within reach of bringing climate change under control.

Investment in clean energy has only accelerated in the years since Covid-19 struck. In the second half of the last decade, it grew at a 2% annual rate. Since 2020, that’s risen to 12% a year. This year, it will hit $1.4 trillion, the International Energy Agency wrote in its annual investment report Wednesday, putting green power comprehensively ahead of the roughly $1 trillion that’s being spent on fossil fuels.

If you assume those trends will continue, it looks even more promising. Just continuing to inflate existing spending at current growth rates would imply that advanced economies and China spend in the region of $650 billion a year on clean power over the remainder of this decade, the IEA wrote — within sight of the $850 billion-odd that’s needed to put the world on track to zero emissions by 2050:

The problem comes when you look elsewhere in the world. In emerging and developing economies (excluding China), clean power investment needs to grow at 25% a year up to 2030 if it’s to hit levels consistent with net zero. In practice, spending remains stuck at the levels it was at in 2015, when the Paris Agreement was first signed.

It shouldn’t come as a surprise that there’s a dearth of funds for carbon-free power in developing countries — these nations get too little investment overall, and that lack of physical capital is one reason they’re poor. Since the 1970s, Indian politicians have complained that only rich countries have the money to pay for pollution reductions in their lower-income peers. Prime Minister Narendra Modi’s call last year for a $1 trillion fund from developed countries to finance his nation’s energy transition is merely the latest example of that trend. The true sum could run to $12.4 trillion in India, with $94.8 trillion needed for emerging markets as a whole, according to Standard Chartered Plc.

It’s a long-standing problem that will likely worsen in the short term. One of the advantages of renewable power in rich countries is that its expenses are almost all up-front, determined most importantly by the cost of borrowing. Finance represents about 60% of project expenses for renewables, according to the IEA. Consumers of oil, gas and coal, on the other hand, have an ongoing need to buy their fuel in a volatile commodity market, making their long-term profitability highly unpredictable.

Solving that problem is notoriously challenging. International investors remain reluctant to dedicate their cash to countries where the rule of law is often weaker, and where the creaky nature of infrastructure such as power grids risks dooming energy projects before they’ve even been connected. State-owned utilities are often, as with India’s electricity distribution companies, dominant enough to deter private-sector competition but financially too frail to deliver the foundations that a vibrant clean power sector needs.

It has to be solved, however. One of the most troubling aspects of the IEA’s latest report is the extent to which coal, the dirtiest fuel, is still sucking up capital. While oil, gas and clean energy are all receiving less investment at present than most of the IEA’s energy transition scenarios would suggest will be necessary over the rest of this decade, coal is getting substantially more: 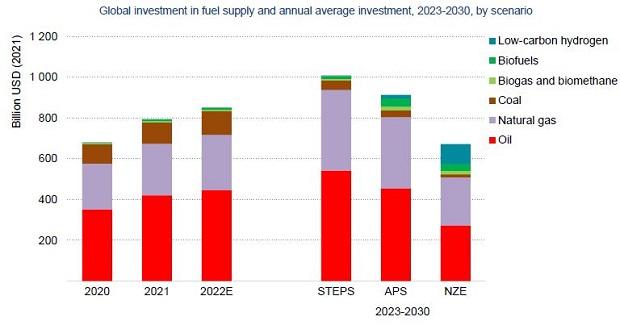 That’s in large part because the world is now more acutely aware of its energy security, and awash with underutilized coal-fired power stations. In Pakistan, the cost of buying oil and gas from overseas has left the country dependent once again on cash from the International Monetary Fund to meet its international obligations. Domestic coal reserves represent an alluring way to diminish that import dependency, an argument that’s also attractive in Indonesia, Vietnam, and most particularly India and China.

The only way to counter the fear of a world where poverty and insecurity are sending globalization into reverse is the opposite: to unleash the flood of capital pent up in developed countries so that it can fund the cheap, clean energy that lower-income nations need to develop. Rich nations can green their own economies all they want. If they don’t provide the funds to repeat the trick around the world, it will all be in vain.

News LIVE: Shinde says MLAs will be in Mumbai on Thursday for floor test