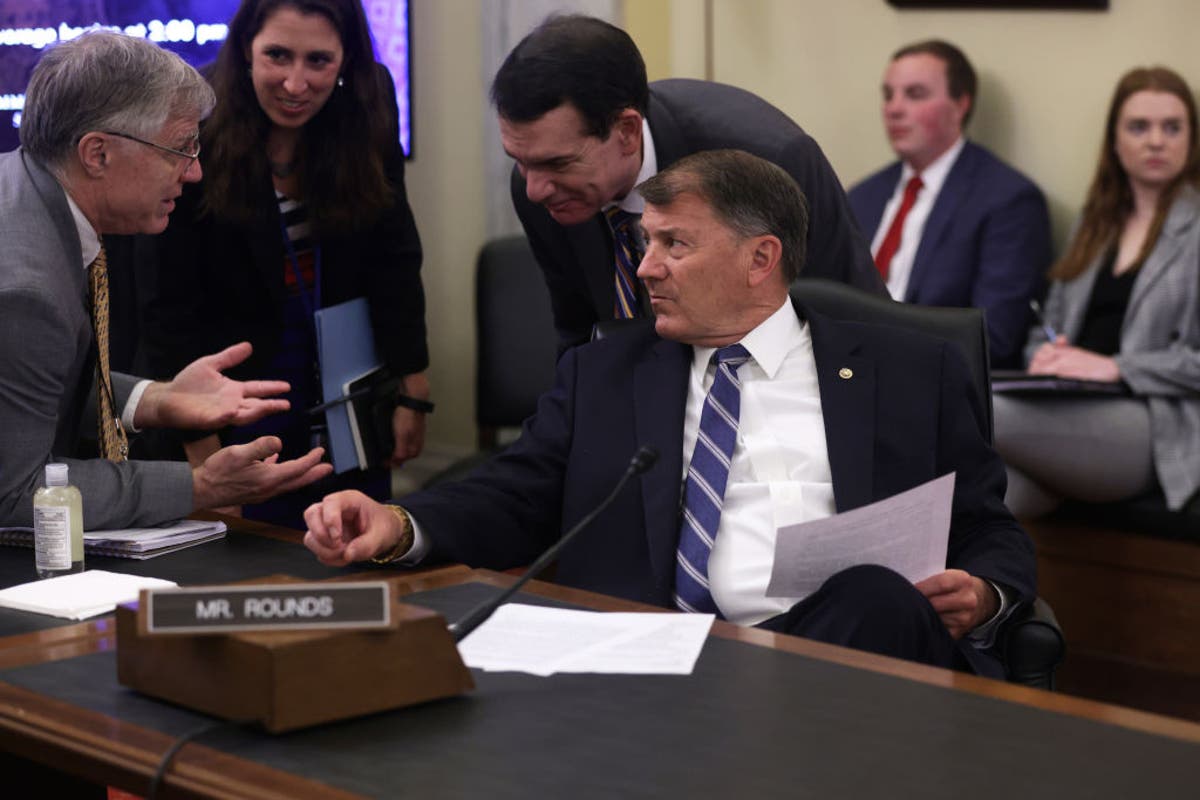 Republican senators rallied to the defence of Sen Mike Rounds this week after he was attacked by former President Donald Trump.

Mr Rounds sparked a feud with the former president when he went on ABC’s This Week on Sunday and reiterated that he did not believe conspiracy theories supported by Mr Trump and his allies about the 2020 election, namely the assertion that Mr Trump had in fact won the election.

“We simply did not win the election, as Republicans, for the presidency,” Mr Rounds said on Sunday.

“[I]f we simply look back and tell our people don’t vote because there’s cheating going on, then we’re going to put ourselves in a huge disadvantage,” said the senator. “[L]et’s focus on what it takes to win those elections. We can do that. But we have to let people know that they can — they can believe and they can have confidence that those elections are fair.”

His words were immediately seized upon by Mr Trump, who attacked the South Dakota senator in a press release referring to him as a “RINO”, a “Republican in name only,” an epithet frequently used by conservatives to describe more center-right members of the party.

“The Radical Left Democrats and RINOS, like ‘Senator’ Mike Rounds, do not make it easy for our Country to succeed. He is a week and ineffective leader, and I hereby firmly pledge that he will never receive my Endorsement again!” wrote Mr Trump.

On Tuesday, Senate Minority Leader Mitch McConnell, who himself whipped votes against Mr Trump’s objections to the certification of his defeat in early 2021, defended Mr Round in an interview with CNN.

“I think Sen Rounds told the truth about what happened in the 2020 election,” Mr McConnell said. “And I agree with him.”

Other GOP senators were quick to come to Mr Rounds’ defence, a sign that resistance to Mr Trump’s demands for loyalty remains high in the Senate even among Republicans who refused to support the former president’s impeachment after the riot at the Capitol.

“I’ve always said I agree that the election was not stolen – at least to the degree that it was illegal theft,” Sen Kevin Cramer added to CNN. “I’ve moved on a long time ago, and most members of Congress have, including Mike.”

And Sen Shelley Moore Capito of West Virginia quipped that Mr Rounds was “one of the kindest, nicest, most sincere members that we have” in the Senate.

Their comments did not stop Mr Trump from excoriating both Mr Rounds and Mr McConnell during an interview on Wednesday with NPR, which he cut short after being questioned about his falsehoods regarding voter fraud and the 2020 election.

“Rounds is wrong on that. Totally wrong,” said the former president on Wednesday, before pivoting to attacking Mr McConnell, who he called a “loser”.

“And frankly, Mitch McConnell, if he were on the other side, and Schumer were put in his position, [Schumer] would have been fighting this like you’ve never seen before,” he added.

Schools in Massachusetts use dogs to sniff out Covid cases

Disappointing numbers for Biden as economy only adds 199,000 jobs in December