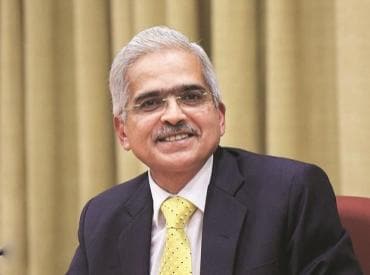 The Monetary Policy Committee (MPC) of the Reserve Bank of India (RBI) on Wednesday raised the repo rate by 50 basis points to 4.9 per cent (bps), citing inflation concerns.

The committee has decided to retain GDP growth estimate for FY23 at 7.2 per cent, said RBI Governor Shaktikanta Das.

The CPI inflation forecast for FY23 increased to 6.7 per cent from 5.7 per cent.

“The MPC has noted that domestic economic activity is gaining traction,” Das said, adding India has remained resilient despite inflation.

On Monday, the yield on the 10-year government securities (G-Sec) touched 7.5 per cent, hitting a three-year high.

In May, the six-member committee in an off-cycle meeting increased the repo rate by 40 bps, the first since August 2018. The rationale for raising benchmark rates was the upside risks to India’s inflation trajectory. RBI also hiked CRR by 50 bps to 4.5 per cent, leading to the withdrawal of Rs 87,000 crore of liquidity from the banking system.

The Indian economy grew 8.7 per cent in 2021-22. The retail inflation, which RBI factors in while arriving at its monetary policy, galloped for a seventh straight month to touch an 8-year high of 7.79 per cent in April, mainly on account of surging commodity prices, including fuel, due to ongoing Russia-Ukraine war.

The wholesale price-based inflation has remained in double digits for 13 months and touched a record high of 15.08 per cent in April.

Meanwhile, the central government slashed excise duties on petrol and diesel, placed export curbs on items, including wheat, and cut duties on other items to keep prices in check.