Rajasthan Royals to celebrate Shane Warne’s life during IPL match with Mumbai Indians on Saturday; match will be played at same venue where Warne coached and captained Rajasthan to the IPL title in 2008; players to wear SW23 on their shirt collars

Rajasthan Royals will celebrate the life of the late, great Shane Warne when they play Mumbai Indians in the Indian Premier League on Saturday.

Former Australia leg-spinner Warne, who passed away at the age of 52 on March 4, coached and captained Rajasthan to victory in the inaugural IPL in 2008.

Rajasthan’s players, including England’s Jos Buttler and India’s Ravichandran Ashwin, will wear the initials SW23 on their shirt collars as a tribute to Warne.

Warne donned the No 23 during his playing days in honour of his childhood hero, Australian rules footballer Dermott Brereton.

Saturday’s match – which is live on Sky Sports Cricket from 2.50pm – will be played at the DY Patil Stadium in Navi Mumbai, the same venue as the 2008 final when Warne led Rajasthan to a three-wicket win over Chennai Super Kings.

A special area at the stadium will be turned into a Warne tribute gallery, while tributes will also appear on the Royals’ social media channels.

Rajasthan have won six of the first eight games in this year’s IPL as they go in search of their first title since the Warne-inspired triumph in 2008.

Buttler has been in sparkling form, hitting 499 runs, including three hundred and two half-centuries, across eight innings at an average of 71.28. 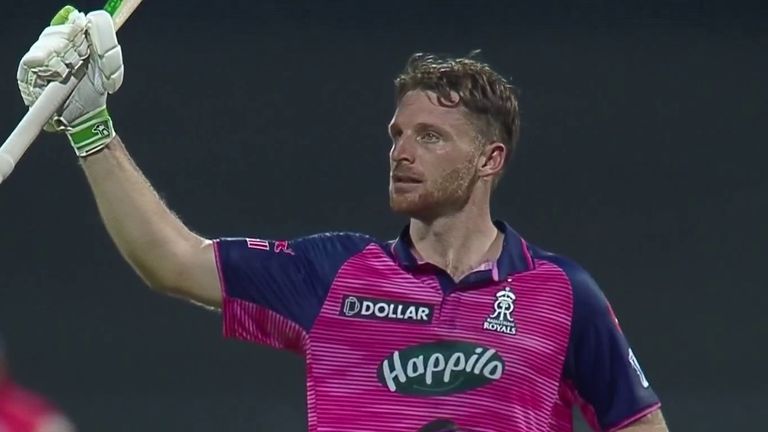 The opener struck 100 from 68 balls against Mumbai on April 2, before then scoring successive centuries against Kolkata Knight Riders and Delhi Capital later in the month.

Buttler amassed 103 from 61 balls against Knight Riders and then 116 from 65 deliveries against Capitals.

Arsenal back above Spurs after battling win at West Ham