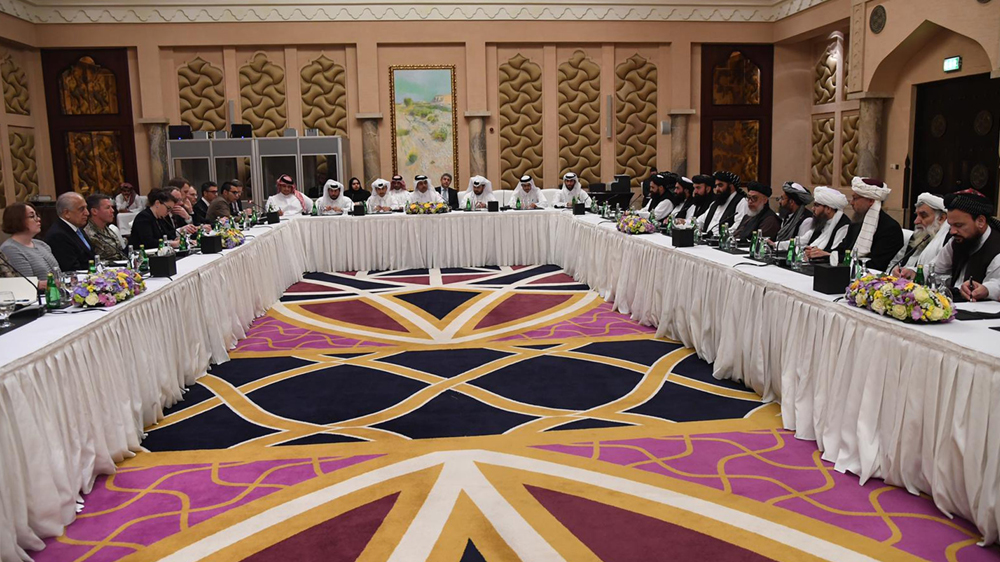 Qatar believes that recognising the Taliban government in Afghanistan is not a priority now, and that the focus should be on engaging with the new administration and addressing humanitarian issues, a senior Qatari official has said.

Mutlaq al-Qahtani, special envoy of the Qatari foreign minister, called on Tuesday for other countries to engage more deeply with the Taliban as Afghanistan’s de facto authority, while urging the group to act as a “responsible” administration and respect the right of women to work and girls to attend school.

“We think this [recognition] is not a priority. What’s more a priority as we speak now is the humanitarian, is the education, is free passage of passengers,” al-Qahtani said at a global security forum in Doha.

Al-Qahtani explained why Qatar has encouraged engagement with the Taliban, who for years carried out suicide bombings and killings of troops and civilians. Although the group wants international recognition and agreed on a peace deal with the US, it has resorted to public hangings and other brutal tactics since taking power.

“If we are going to disengage and not to engage with them, I think again we are committing the same mistake that we did in 1989 … when we abandoned Afghanistan, the Afghan people,” he said.

“One of the consequences of that action is 9/11, so I think we should learn from this.”

How to engage with the Taliban remains an issue for nations around the world. During their previous time in power in the late 1990s, only three nations recognised the Taliban’s rule of Afghanistan. No country has yet announced formal recognition this time around, though neighbouring Pakistan has also encouraged engagement with the Taliban.

Qatar, which is hosting talks between Taliban and Western officials in which al-Qahtani said he was participating, is seen as one of the countries with influence over the movement.

The Gulf country was crucial to the chaotic US airlift of more than 100,000 people from Kabul after the Taliban’s shock takeover of the capital August 15, and has hosted face-to-face talks between the Taliban and the United States.

Al-Qahtani said the only way forward was to offer the current Taliban administration “more collaboration, cooperation and assistance” but that Afghanistan should move towards an inclusive government in an internal process whereby Afghans “decide their future”.

At a virtual meeting on Afghanistan by the Group of 20 industrial and emerging-market nations on Tuesday, Turkish President Recep Tayyip Erdogan said the international community should keep channels of dialogue with the Taliban open in order to “patiently and gradually steer” it towards establishing a more inclusive government, he said.

Erdogan said Turkey, which is a close ally of Qatar and which already hosts more than 3.6 million Syrians, cannot absorb an influx of refugees from Afghanistan, warning that European nations would also be affected by a new wave of migration.

Meanwhile, French President Emmanuel Macron said he wants the G20 nations to set conditions for recognising the Taliban, including ensuring women’s rights. That sentiment was echoed by nations in meetings on the sidelines of the UN General Assembly.

Almost two months after the former Western-backed government collapsed and the Taliban swept into Kabul, the Taliban administration has pushed to build relations with other countries to help stave off a catastrophic economic crisis.

But the group has so far refused to give ground on allowing girls to return to high school, one of the key demands of the international community after a decision last month that schools above the sixth grade would only reopen for boys.

Al-Qahtani said barring girls from study was “not acceptable from a [Islamic] religious perspective”.

Girls’ education was one of the limited number of unambiguously positive gains from the West’s two decades of involvement in Afghanistan.

The Qatari official’s remarks come a day after UN Secretary-General Antonio Guterres called on the Taliban to uphold “promises” it made to girls and women in Afghanistan when the group took power. He also said the Afghan people should not suffer collective punishment because of the Taliban, urging the continued flow of humanitarian aid.

After a meeting with US officials in Doha on Sunday, the Taliban said the US agreed to provide humanitarian aid to Afghanistan. The US statement was less definitive, saying only that the two sides “discussed the United States’ provision of robust humanitarian assistance, directly to the Afghan people”.

The European Union announced a 1bn euro ($1.15bn) aid package for the Afghan people on Tuesday.

Woman, 45, held after ‘eating two of her female flatmate’s fingers’ in front of her six-year-old daughter