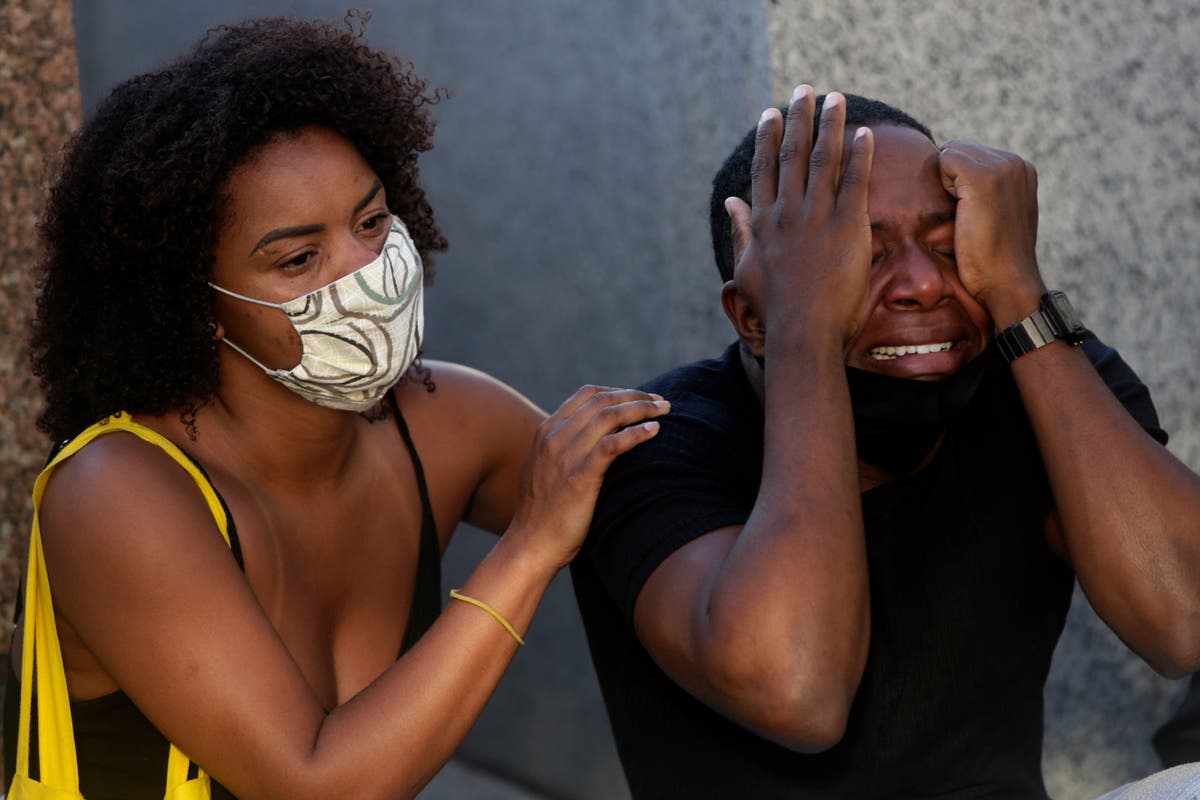 Hundreds of people marched on the streets of Brazil after a social media influencer and her unborn baby were killed by a stray bullet during a police shootout with alleged criminals.

Kathlen Romeu, 24, an interior designer, was hit by a single bullet shot at her torso on Tuesday when a shootout broke out between the police and criminals. The incident happened in the neighbourhood of Lins de Vasconcelos, north of Rio de Janeiro.

An investigation has been launched to find out who fired the fatal shot.

Just hours before her death, Romeu had revealed her pregnancy to her 20,000 Instagram followers by sharing the picture of her baby bump. She had also chosen names for her baby — Maya if it’s a girl and Zyon if it’s a boy. She was into the third month of her pregnancy.

“I’m discovering myself as a mom, and I get scared thinking about how it will be. … I laugh, cry, and I’m afraid. A mixture of feelings,″ she said in a post one week ago. “Little one, I feel ready to receive you, love you, care for you!!! God bless us!″

Enraged with the killing of the young woman and her unborn child, several people took to the streets, carrying banners that read “justice” alongside a picture of Romeu.

A geared police force was rushed to block the motorway near Lins de Vasconcelos to stop the protesters as they raised slogans.

Romeu’s grandmother was with the woman when she was shot. She said they moved out of Lins de Vasconcelos sometime back to avoid such violent incidents there.

“It all happened very suddenly. My granddaughter fell as a lot of shooting started,” she said. “I tried to protect her because I knew she was pregnant. I saw a hole in her arm and shouted for help. I lost my granddaughter and great-grandson in a barbaric shootout.”

Romeu’s partner Marcelo Ramos, who was the dad-to-be, posted an emotional video on Instagram calling out the police for “massacre.”

“Last month, there was the massacre in Jacarezinho, now it’s Katy, and next month or tomorrow it’s another family losing someone close,″ Mr Ramos said. “We have to speak out.″

“My love will never be forgotten, you and Maya/Zyon will always live inside of me. The ground has been taken from beneath my feet. Sometimes it’s hard to understand God’s will, but I know you’re better than us,” he said

“She was our model in the neighbourhood: She came from below, started fighting and she made it,″ Mr Figueiredo said. “We can’t take it anymore. We just want peace.”

People gathered following her wake on Wednesday to protest her death which has again highlighted the larger issue of innocent lives often getting caught in confrontations between police and traffickers.

According to Crossfire data, more than 4500 incidents of shootouts have been reported in 2020 alone with 100 people hit by stray bullets.

‘We all said a little prayer’: US vice president Kamala Harris’s plane forced to land shortly after take-off