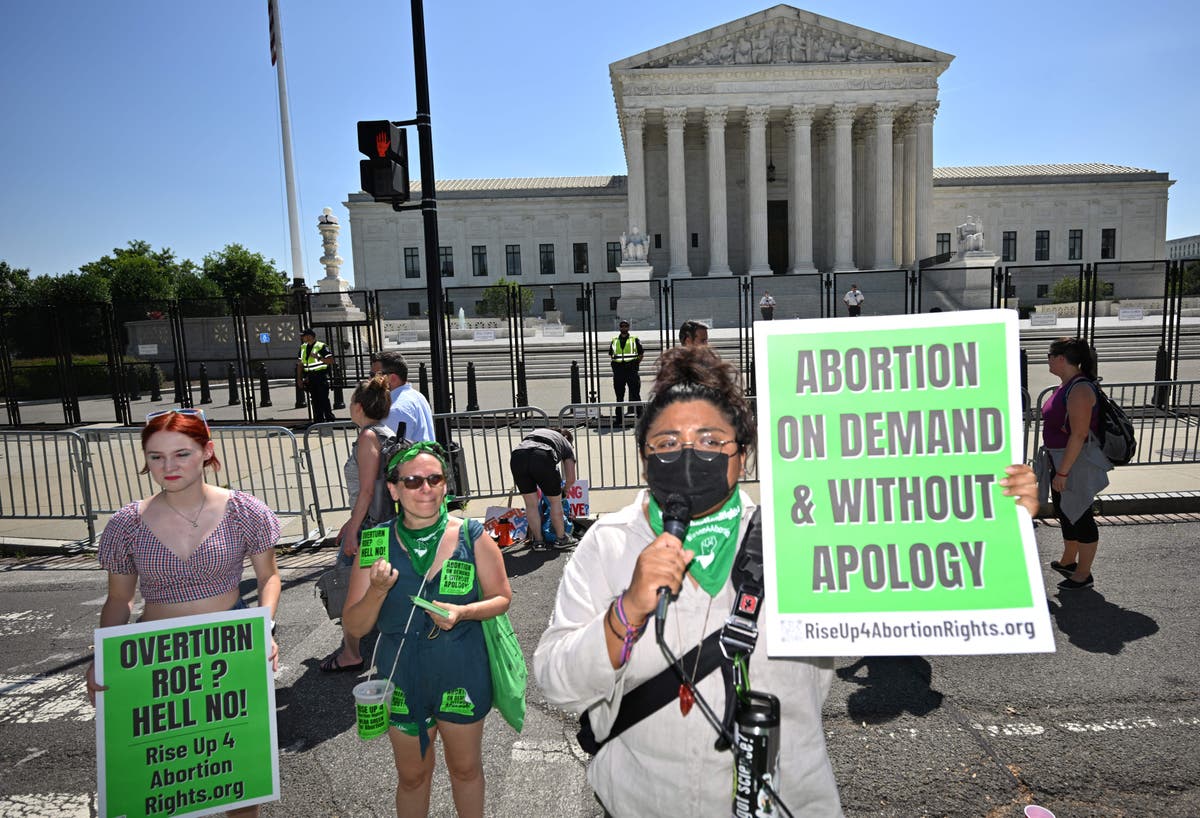 The activists, part of a group called Rise Up 4 Abortion Rights, donned clothes soaked in fake blood, held baby dolls and carried signs with slogans such as “Abortion on demand and without apology”.

One of the participants, protesting with her hands tied together and holding a doll, said: “This is what a lot of women are going through. People are actually dying and bleeding out because they can’t get safe abortion.

The US Supreme Court is expected to issue a ruling in a Mississippi case challenging a state law banning most abortions after 15 weeks of pregnancy, presenting a major challenge to the landmark precedent established in the 1973 ruling in Roe v Wade, which enshrined constitutional protections for the procedure.

A leak of a draft opinion in the case suggests that justices are prepared to overturn Roe v Wade, potentially eliminating abortion access across more than half the US, forcing many pregnant women to carry their pregnancies to term unless they can travel to a handful of states with abortion protections in place.

The group, which carried other slogans including “forced motherhood = female enslavement,” tweeted saying “we aren’t incubators!”

“We aren’t protesting to change the minds of women-hating fascists,” but rather “calling on the pro-choice majority” to protest on the street and prevent the Supreme Court from “overturning Roe”.

The bombshell leak – the first ever in the court’s history – has sparked protests nationwide, including demonstrations outside the homes of the six conservative justices.

The run-up to the final Supreme Court ruling has put the nation on edge with the Department of Justice ramping up security for each of the justices. This comes as justice Brett Kavanaugh found himself to be a target of an assassination attempt on 8 June, with 26-year-old Nicholas Roske allegedly confessing to plotting to murder him ahead of the ruling.

The plot was foiled after he called 911 from outside the property, confessing his intentions, as he sought “psychiatric help”. He was taken into custody at the scene and charged with an attempt to murder a Supreme Court justice.