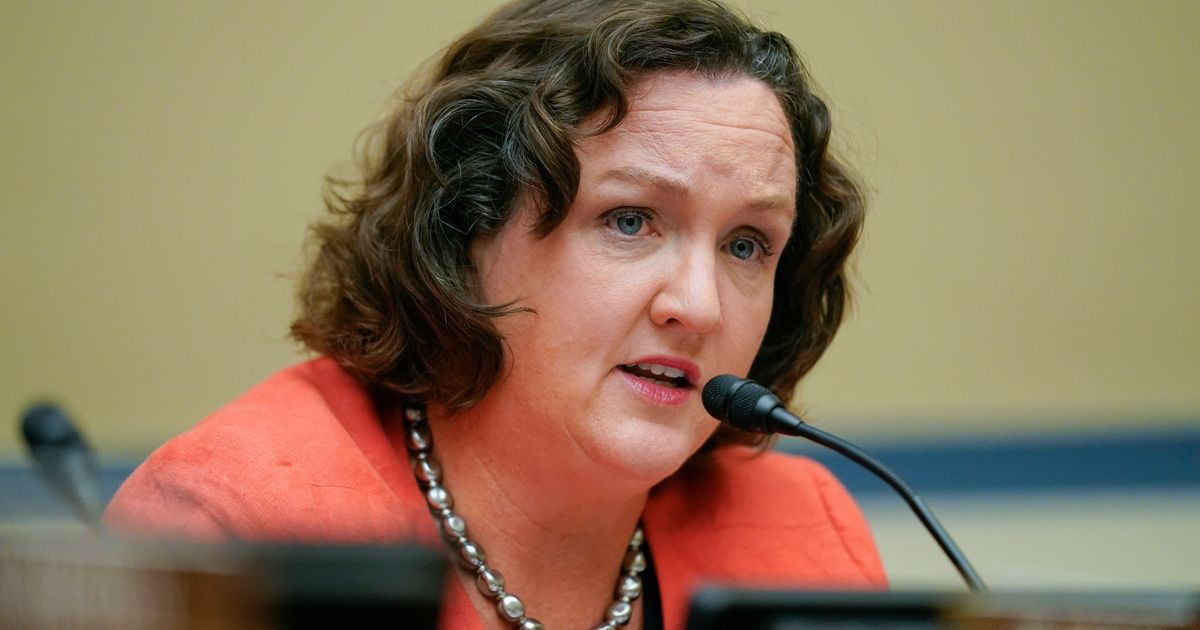 Two-term Rep. Katie Porter, a progressive Democrat from California known for grilling corporate bigwigs before Congress, is projected to win reelection after a tough challenge from Republican Scott Baugh.

Porter rose to national prominence on the House Financial Services Committee, where she executed viral takedowns of major Wall Street executives with her whiteboard and marker as a visual aid. The Elizabeth Warren protégé later continued her streak on the Natural Resources Committee, taking on oil and gas executives, earning millions of views on social media and generating speculation about larger aspirations, including a possible bid for Senate.

Republicans won back three of Orange County’s five seats in the 2020 election. They spent large sums of money this year trying to win back all of them in their quest to recapture a majority in the House.

Baugh, an attorney who previously served as a state assemblyman and chairman of the Orange County GOP, hoped voters’ dissatisfaction with the state of the economy would carry him to victory. Like other GOP candidates this year, Baugh blamed Democrats for high inflation.

Republicans also attacked Porter over her subsidized housing arrangement with the University of California, Irvine, campus, where she worked as a law professor prior to going to Congress. The arrangement, though legal, continued even though Porter went on unpaid leave from the school. And Republicans sought to tie leaked comments Porter made criticizing Irvine police over their response to a scuffle that broke out at one of her campaign events to the “defund the police” movement.

Porter made reproductive rights, climate action, consumer advocacy and corporate greed big themes in her bid for a third term.

“Corporate profits today make up about half of inflation, what we’re paying at the grocery store, that extra $2, $1 of that $2 is corporate profits,” Porter told PBS earlier this month. “You know, one of the things they say often is, look, I would welcome Republicans to help with inflation. But all they have done is point the finger. They haven’t offered any solutions.”

Porter’s star power helped her build a massive war chest, vastly outraising her GOP opponent and putting her in the top five among congressional fundraisers.

Preliminary vote data also showed Porter outrunning every other Democrat on the ballot in the Orange County portion of her district, a sign of her resilience in an otherwise tough year for House Democratic candidates in California.

Republicans have a post-election epiphany on mail voting

State legislatures are coming back. These are the lawmakers to follow.