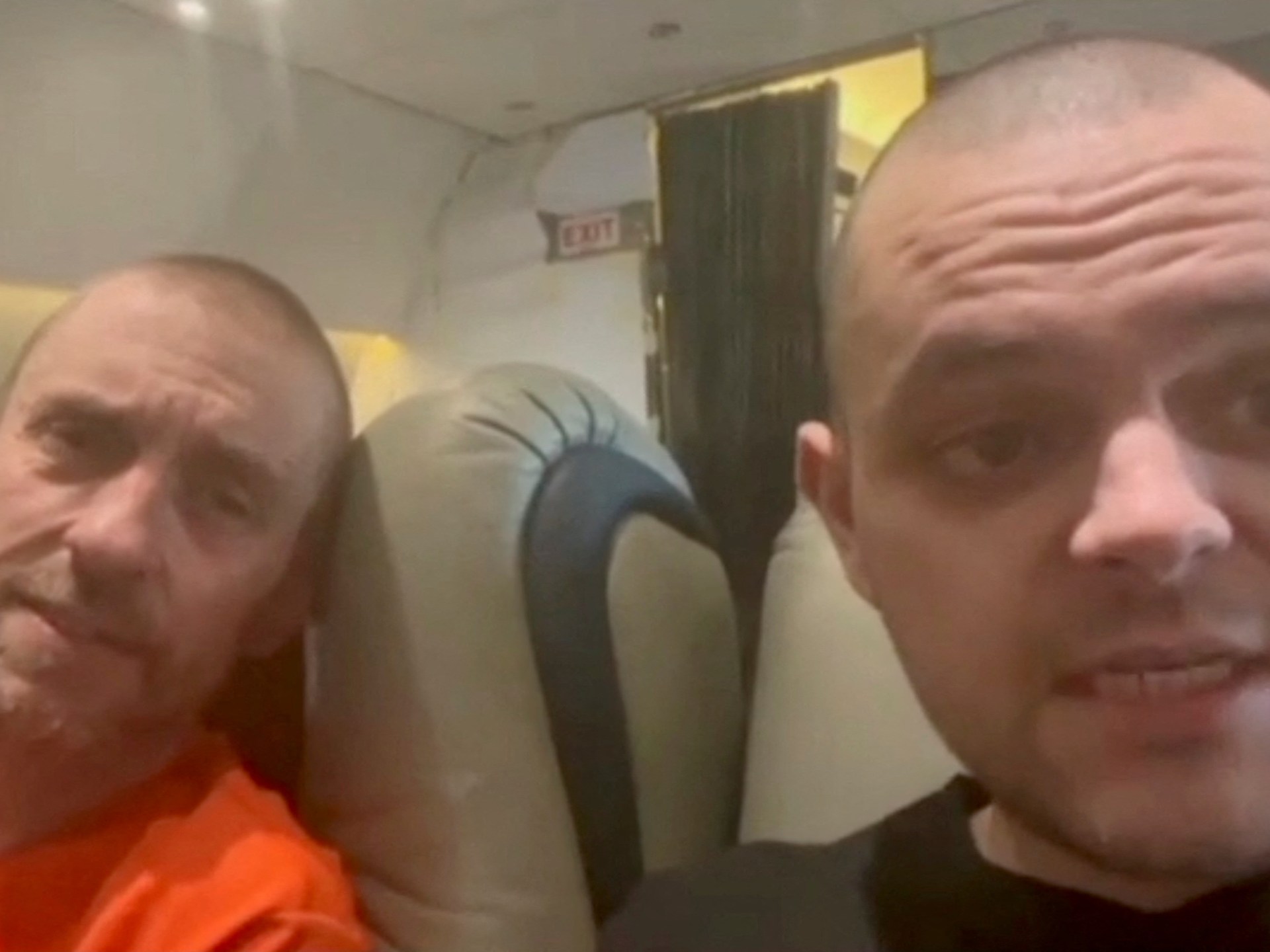 Five British nationals reunited with their families in London as Moscow welcomes back 55 freed troops.

Five British prisoners of war have returned to the United Kingdom as part of a prisoner exchange between Russia and Ukraine, while 55 of Moscow’s own troops re-entered Russia following the deal.

Presidium Network, a non-profit organisation that does relief work in Ukraine, including helping with evacuations, said it was pleased the men had been safely brought home.

“We know that all … [are] looking forward to normality with their families after this horrific ordeal,” the organisation said in a statement.

Aslin and Pinner were captured by Russian-backed forces in Ukraine’s southeastern port city of Mariupol in April and were sentenced to death by a court in the self-proclaimed Donetsk People’s Republic, a Russian-backed breakaway region in eastern Ukraine.

They, along with Moroccan Brahim Saadoun, were found guilty of “mercenary activities and committing actions aimed at seizing power and overthrowing the constitutional order of the DPR” – a sentence condemned by Ukraine and the UK.

Harding and Hill were also captured while fighting alongside Ukrainian forces, while Healy was detained while volunteering as an aid worker in Ukraine. All three denied being mercenaries during a court hearing in the DPR in August.

Paul Urey, a fellow UK national who was captured alongside Healy in April, later died in detention.

The announcement of the Britons’ returns came as Moscow confirmed that the dozens of Russian troops freed under its deal with Kyiv had re-entered the country.

“They are receiving the necessary psychological and medical assistance,” it added, claiming the soldiers had been “in mortal danger” while being held prisoner.

The swap deal – the largest exchange of its kind between Ukraine and Russia since the latter launched its full-scale invasion in late February – also saw Moscow secure the release of Viktor Medvedchuk, a pro-Kremlin Ukrainian politician.

Medvedchuk, a personal friend of Russian President Vladimir Putin’s, had headed a banned pro-Russian party in Ukraine and was facing treason charges there.

In return for its release of the 56 prisoners, Ukraine secured the return of 215 of its own troops – including several commanders who had led a prolonged defence of Mariupol from Russia’s siege. It was not immediately clear if all of the soldiers had made it back to Ukraine at the time of publication.

Also freed were Saadoun, the Moroccan national, two Americans, a Croatian, and a Swedish national.

The timing and size of the prisoner swap, which Turkey and Saudi Arabia helped to broker, came as a surprise.

Earlier on Wednesday, Putin had ordered the mobilisation of up to 300,000 of Russia’s reserve troops in an apparent escalation of Moscow’s offensive.

The Russian leader’s move came after a string of battlefield setbacks for Russian forces, who were recently expelled from swaths of territory in northeastern Ukraine during a sweeping counteroffensive conducted by Kyiv’s troops.

Cuba: Power knocked out across the entire island