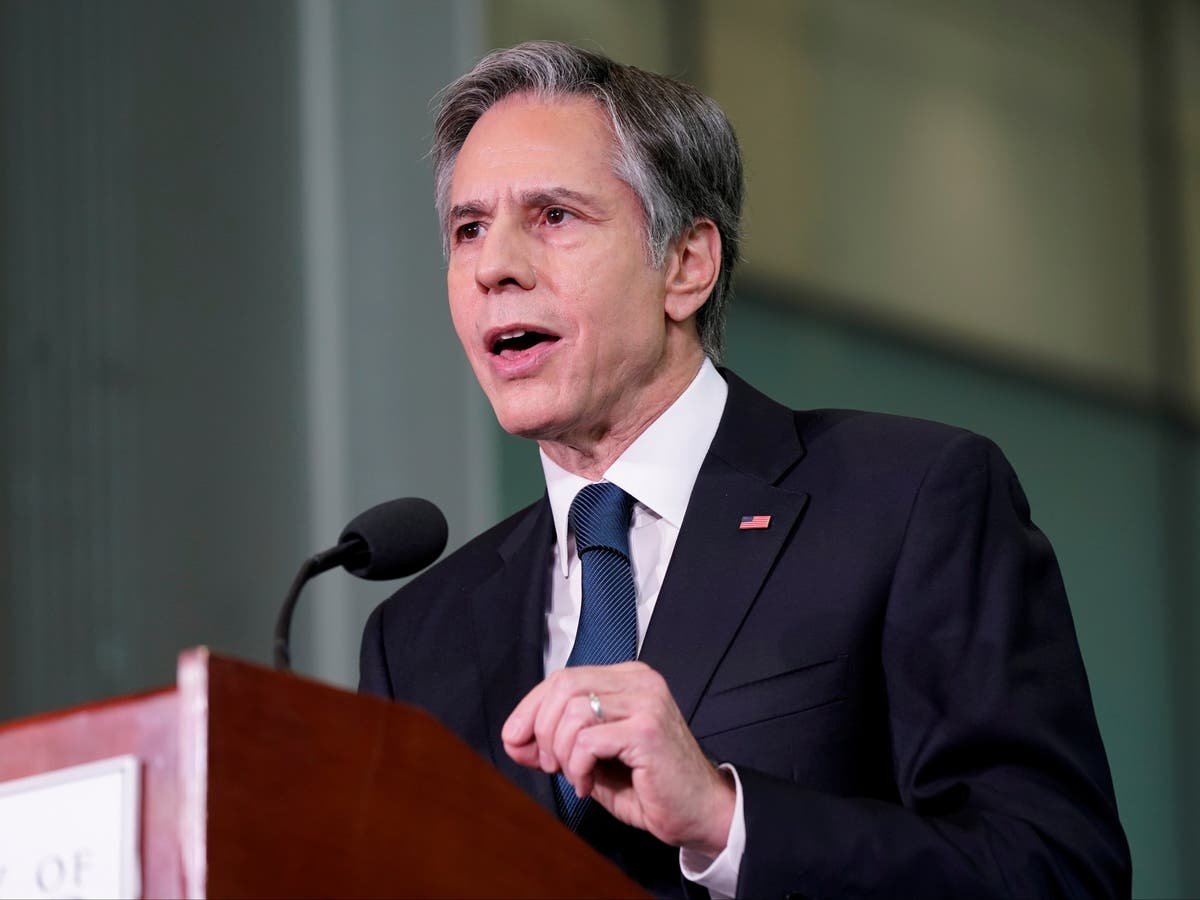 Challenged on Washington’s commitment to Taiwan in the face of Chinese aggression, US Secretary of State Antony Blinken referred to the disputed territory as a country — and not for the first time.

Appearing in front of the the House Committee on Foreign Affairs on Monday, Mr Blinken told members of Congress that Washington was committed “to both countries”, when asked about Taiwan and Ukraine.

Brian Fitzpatrick, a House Republican, had asked Mr Blinken about the fears in Ukraine and Taiwan of aggression from Russia and China — amid concerns that in the wake of its withdrawal from Afghanistan, the US was backing away from other overseas commitments.

The committee convened following accusations that the Biden administration failed to anticipate the return of the Taliban within weeks of US troops leaving Afghanistan in August.

Members of the House Committee on Foreign Affairs were informed by Mr Blinken that that Washington “absolutely” stood by “our commitments to both countries”, and referred to America’s “commitments under the Taiwan Relations Act [TRA]”.

The TRA, which was signed into law in 1979, instructs Washington on how to continue relations with Taiwan – which is claimed by China – in the absence of formal ties, or official recognition of Taiwan as a country.

Mr Blinken added that US President Joe Biden had recently met with Ukraine’s president Volodymyr Zelenskiy to offer his support – almost seven years after the Crimea and Donbas regions of Ukraine were invaded by Russian-backed separatist forces.

It was not the first time Mr Blinken risked irking China on Taiwan, after referring to the territory as a country in March. Biden administration officials, meanwhile, have been critical of Beijing’s military operations overseas.

The Independent approached the US state department for comment.