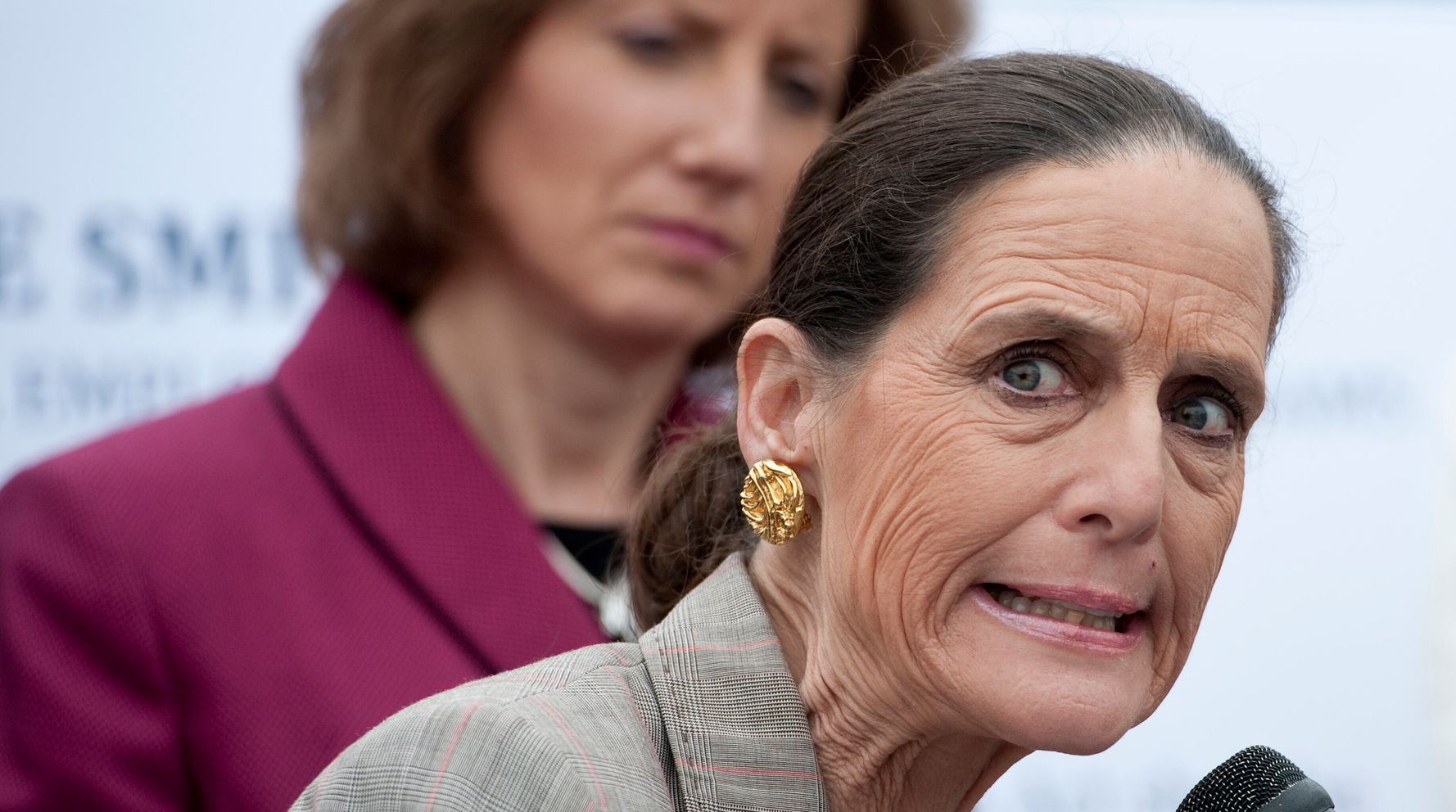 Rape is bad, but not bad enough to warrant an abortion, according to one Republican lawmaker from Ohio.

State Rep. Jean Schmidt (R) introduced her anti-abortion measure in front of the Ohio House Government Oversight Committee on Wednesday. The bill, H.B. 598, is a trigger ban that would outlaw all abortions in the state if the Supreme Court overturns Roe v. Wade, the landmark decision that expanded access to abortion nationwide. Similar to other GOP anti-abortion measures flooding red states right now, Schmidt’s trigger ban does not include exceptions for rape or incest.

Schmidt, a former U.S. congresswoman who once infamously discussed abortion with a class of elementary school students, defended her decision to not include these exceptions during committee debate. She argued that a pregnancy from rape is actually a chance for a woman to raise a child, send them to live with a family member or put them up for adoption. That hypothetical child, she argued, could someday cure cancer.

“Rape is a difficult issue and it emotionally scars the individual, all or in part, for the rest of their life ― just as child abuse does. But if a baby is created, it is a human life and whether that mother ends that pregnancy or not the scars will not go away, period,” said Schmidt.

“It is a shame that it happens, but there’s an opportunity for that woman – no matter how young or old she is ― to make a determination about what she’s going to do to help that life be a productive human being. … That child can grow up and be something magnificent, a wonderful family person, cure cancer, etc.,” she continued. “This is not about keeping abortion alive, this is about keeping the mother alive, and just because you have emotional scars doesn’t give you the right to take a life.”

OH Rep. Schmidt (R) on her abortion ban bill: “Rape is a difficult issue… but if a baby is created, it’s human life. Whether that mother ends that pregnancy… the scars won’t go away. It’s a shame it happens, but there’s an opportunity for women no matter how young or old…” pic.twitter.com/PVOHWlFvPq

The bill does include exceptions in cases where the pregnant person’s life is at risk, but even the definition of what constitutes a deadly risk was vague and up for interpretation during the committee debate.

Rep. Richard D. Brown (D) responded to Schmidt’s lack of exceptions with his own hypothetical: a 13-year-old girl who becomes pregnant after being raped by a family member.

“You know earlier you said every life is important. The life of the 13-year-old girl in my hypothetical is important. … You don’t think that’s going to scar that girl? I think this girl has rights every bit as much as this zygote has rights under your bill,” said Brown. “This girl has rights and I don’t believe we can lose sight of the rights of the person who was raped. … I think you should reconsider and add an abortion exception to this bill.”

Schmidt responded to the question curtly, telling Brown that they “fundamentally disagree.” “Let’s not kill the child because somebody was awful to that other person,” she later added, referring to a fetus and a pregnant 13-year-old child.

The Ohio lawmaker isn’t the only Republican introducing draconian abortion bans with little to no exceptions. Abortion opponents have become galvanized by an upcoming Supreme Court decision that could overturn or gut Roe in a matter of months. Many, like Schmidt, are preparing for a post-Roe world by introducing dozens of anti-abortion bills, the majority of which are actually becoming law.

More and more of these bills are abandoning once-standard language, like rape and incest exceptions. Schmidt’s reasoning for not including these exceptions aligns with the thinking of the larger anti-abortion movement.

“At the end of the day … you have two individual human beings in the equation, and they are both worthy of our moral attention and our legal protection. That includes the mother and the child,” John Seago, legislative director at Texas Right to Life, a nonprofit organization that opposes abortion, told HuffPost in a conversation for an article on the lack of exceptions in recent abortion measures.

Tony Blair on Russia’s War in Ukraine: A Virtual Event