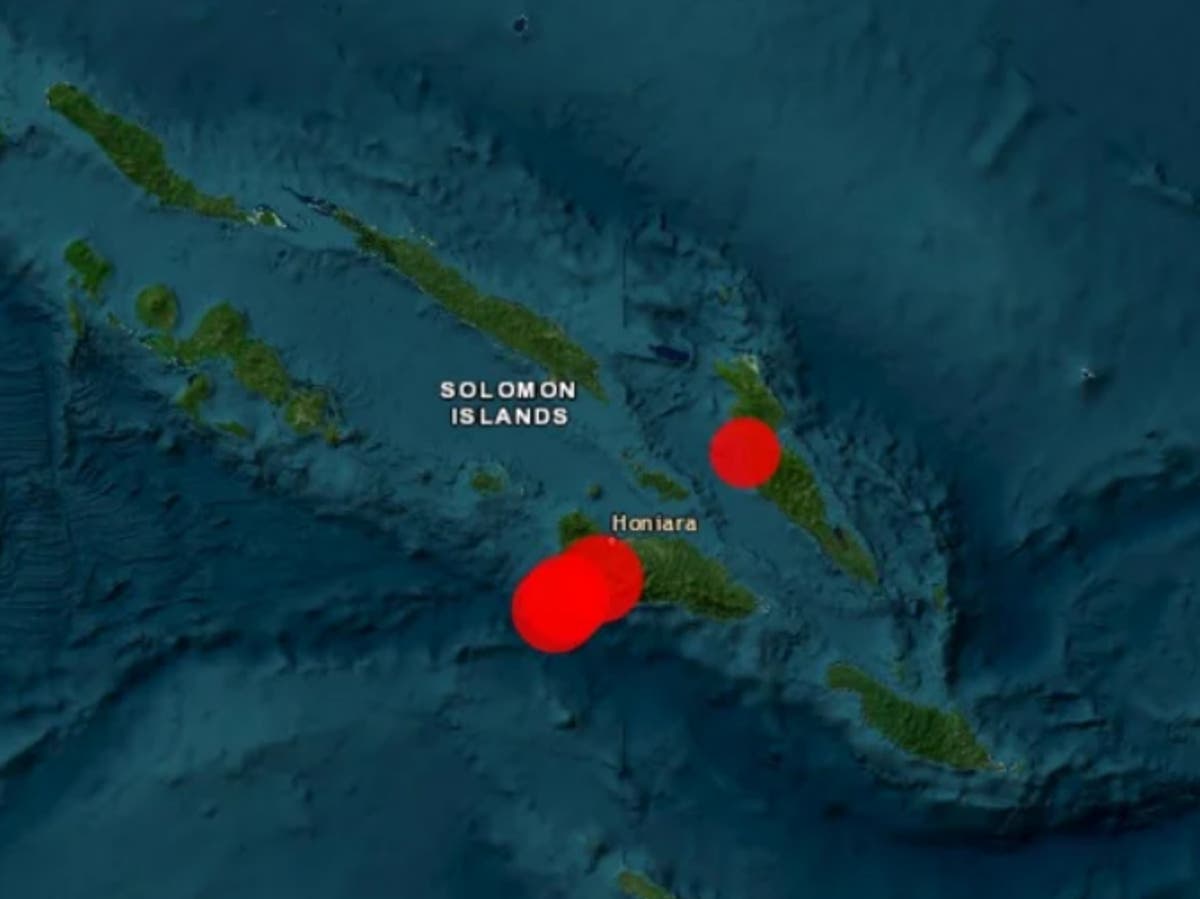 An earthquake of magnitude 7 has hit the Solomon Islands, triggering tsunami warnings near coastlines over the region. “People are advised to move to higher ground now,” a spokesman from prime minister Manasseh Sogavare’s office said.

The United States Geological Survey initially recorded the magnitude of the earthquake at 7.3 but later revised it down to 7.0.

The earthquake’s epicentre hit Malango in the Solomon Islands at a depth of 10km on Tuesday evening local time.

Later, several aftershocks were reported in the region, one of which was recorded at magnitude 6.0.

The Pacific tsunami warning centre said that the earthquake may produce waves of up to 1 metre above tide levels for the Solomon Islands and smaller waves for the coasts of Papua New Guinea and Vanuatu.

But the Solomon Islands’ own meteorological service later said that it would not be issuing its own tsunami warnings as a result of the two earthquakes.

Freelance journalist Charley Piringi said he was standing outside a warehouse next to a school on the outskirts of the capital, Honiara, when the quake struck, sending the children running.

“The earthquake rocked the place,” he said. “It was a huge one. We were all shocked, and everyone is running everywhere.”

It came after a 5.6-magnitude earthquake hit Indonesia on Monday that killed at least 162 people.

There are no reports of widespread damage or injuries so far at the Solomon Islands.

In Australia, the Bureau of Meteorology issued a statement saying that there was no tsunami threat to the Australian mainland, islands or territories.

Police presence ramps up in Honduras under state of emergency

“I managed to get it done. Clement (Sordet) was playing really well, I was playing well then made a few