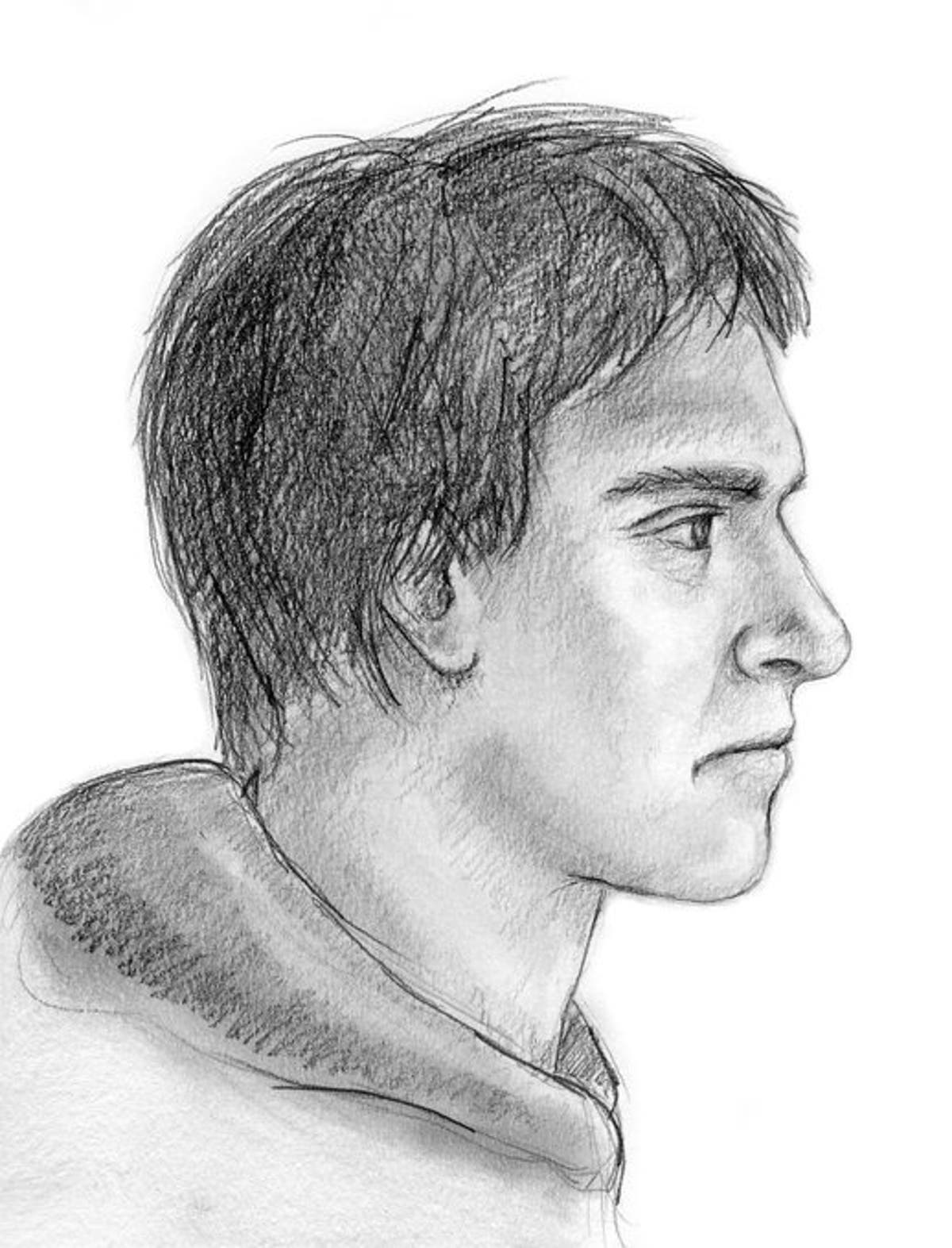 Almost exactly one month after New Hampshire retirees Stephen and Djeswende Reid went for an afternoon walk on trails near their quiet Concord condo – only to be found dead from multiple gunshot wounds days later – authorities have released a sketch of a “person of interest” in the baffling case.

The FBI is investigating along with Concord police – and a reward for information in the couple’s deaths has been increased from from $5,000 to $33,500. Two separate anonymous donors account for $25,000 of that money, according to a Tuesday statement from New Hampshire Attorney General John M Formella and Concord Chief of Police Bradley Osgood.

Tips from the public, authorities said, helped lead to the sketch of the person of interest, described as a white male in his late 20s or early 30s, approximately 5’10” tall, medium build, with short brown hair, and clean-shaven. He was seen in the vicinity of the Broken Ground trails on Monday, 18 April, wearing a dark blue jacket (possibly with a hood), khaki-colored pants, and carrying a black backpack.

That’s the same day that the Reids, who went by Steve and Wendy, left their home in the Alton Woods complex, a quiet, diverse community of condos backing up onto a wooded area and nearby trails. They didn’t take their phones, cars or Mr Reid’s wallet, their son, Brian, told the Concord Monitor.

Relatives and friends began to worry, however, when Mr Reid, 67, failed to show up to a weekly tennis game two days later; they were reported missing on 20 April. The following day, their bodies were found – both with multiple gunshot wounds – in a wooded area near the Marsh Loop Trail, part of the Broken Ground Trails about a mile and a half from the Reids’ condo.

The medical examiner ruled both deaths homicides – a rare occurrence in sleepy Concord, home to the New Hampshire State Capitol and picturesque New England scenes. According to police statistics, Concord recorded only seven murders from 2016 through 2019. In 2018, there were none at all.

The Reids could not have chosen a more relaxing, small-town-America location for their retirement after decades spent living and working in developing countries abroad.

Mr Reid grew up in Concord before graduating from the University of Notre Dame and serving for four years in the Peace Corps in West Africa. Mrs Reid was originally from Togo in West Africa, but the pair met “while she was studying in Washington DC on an athletic scholarship,” their family said in a statement. “They bonded over their mutual love of adventure and fitness.”

Mr Reid spent more than 30 years as an international development specialist “in service to the world’s most vulnerable through USAID humanitarian projects that could not have been made possible without the love, care and support of Wendy, who also helped recently-resettled refugees acclimate and thrive in the United States.”

The couple had two children, Brian and Lindsay, and retired to Mr Reid’s native Concord three years ago. Their son told the Monitor after visiting his parents’ home that nothing looked amiss.

Panic initially set in around Concord when the retirees’ bodies were found; people were worried about walking the wooded trails or going out alone. Police urged residents to be vigilant and increased patrols; a month later, there’s a heavier law enforcement presence in the area than before the murders.

The couple were not well known around Alton Woods, where neighbours tend to keep to themselves or socialise within their own hallways, residents told The Independent. People were taking comfort in the fact that a reward was being offered and the FBI was involved, they said, as locals bandied about their own theories. It was easier to accept that officials were on top of the investigation, one neighbour said, then constantly worrying: “Who’s next?”

One resident of their building, returning home on a Saturday afternoon just days before the police released the person-of-interest sketch, pointed out the couple’s international work, wondering if the murders could somehow be tied to that.

Michael Garrihy, director of communications for New Hampshire’s attorney general, told The Independent that investigators were “just looking at every aspect that we can” of the couple’s lives and deaths.

Paula Czech Lesmerises, who lives across the shared green space from the Reids in Alton Woods, was gardening in the 90 degree heat over the weekend as she recalled previously feeling unsettled on the very same trail near where the couple were discovered.

“That particular place was one that I did once, and I said … this is too much wildnerness for me,” she told The Independent, adding “that was long before this.

“I can’t pintpoint it,” the 78-year-old said. “I can’t tell you anything except that, usually, I’m a farm girl; I’m used to being out in wilderness and nature. I love nature. But that place I didn’t love.”

Alton Woods residents, she said, were happy that law enforcement seemed so proactive with the investigation – but locals still want answers about the violent murders that happened, essentially, in their own backyard.

“We’re still wondering, ‘Who the hell could have done this?’” she said. “And why?”

Jury’s out: How Johnny Depp and Amber Heard each made their case for being a victim, not perpetrator, of abuse