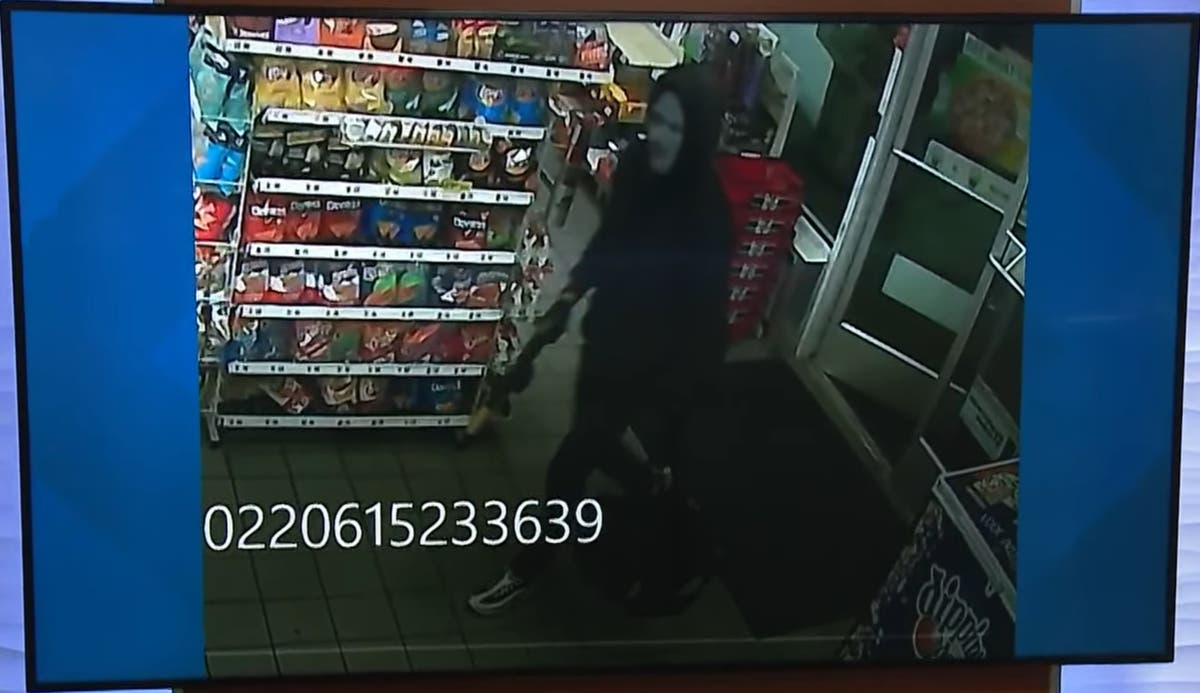 Police have released a chilling surveillance video of the moment a 7-Eleven double homicide suspect walked into the convenience store with a bag in one hand and a gun in the other.

The suspect killed two store employees after walking into the 7-Eleven at 11.36pm on 15 June.

The incident took place at the 1400 block of Kiln Creek Parkway in Virginia.

Newport News police chief Steve Drew said he hoped someone would recognise the suspect from the surveillance video.

“My hope is that it generates some conversation when people take a hard look at that,” Mr Drew said.

“Someone might recognise something: clothing, movements, body shape, size – just to give us some idea.”

On the night of the shooting, police received a call about a “suspicious situation” after a customer noticed some activity inside.

When police arrived at the 7-Eleven store, they found two employees of the convenience store dead.

The two victims were identified by the police later as 52-year-old Preyas Patel and 35-year-old Logan Thomas.

They were pronounced dead at the scene.

“Anyone who takes two people’s lives is a dangerous individual,” Mr Drew said.

“I still think the leading theory is, it was a robbery. But those things can change as well,” he added.

He asked the community to be vigilant. “We don’t get a lot of calls there in that neighbourhood or community. Not a lot of issues at that 7-Eleven. So what I would ask citizens to do is be vigilant. If you see something that looks out of the norm, to call it in and let us know about it.”

NATO to dramatically increase forces on high alert to over 300,000 from 40,000 amid Russia threat