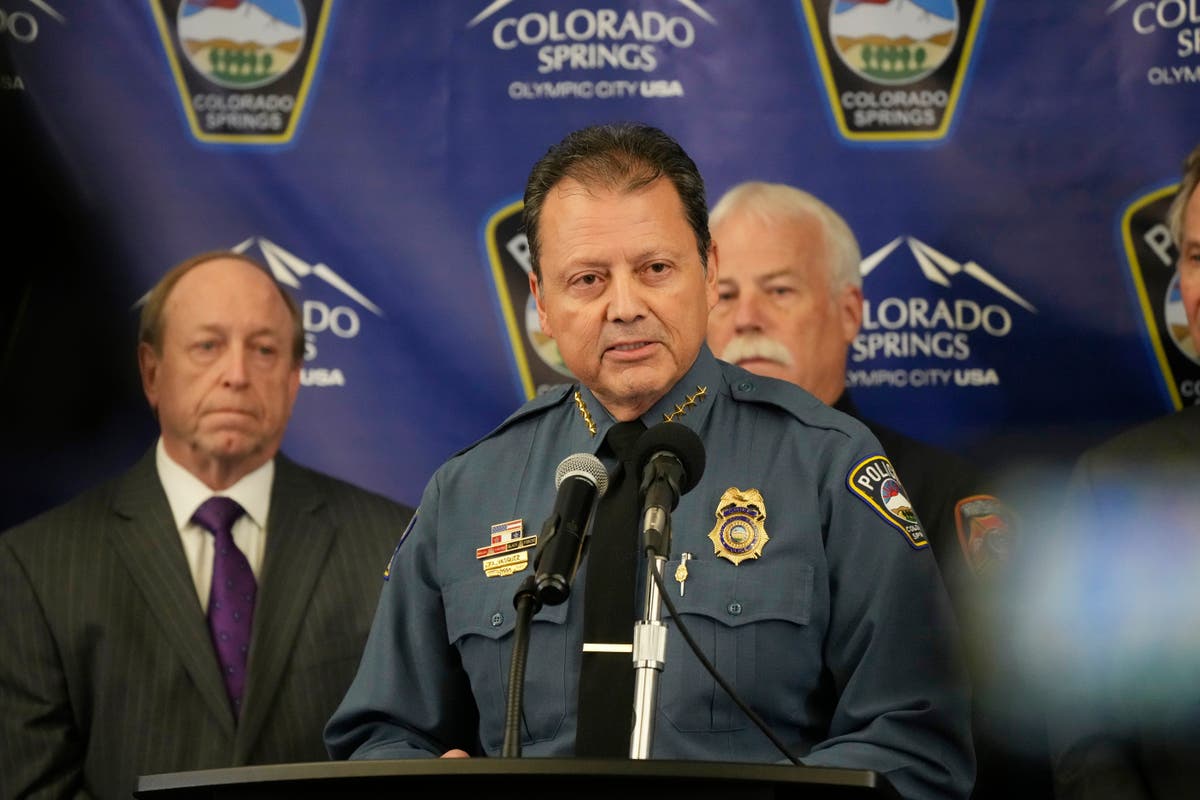 In a rare move, the Colorado Springs police department identified the victims of the mass shooting by how they “identified themselves” using their preferred pronouns.

At least five people were killed and another 18 sustained injuries when 22-year-old Anderson Lee Aldrich stormed inside an LGBT+ nightclub and opened fire with an AR-15-style rifle, before he was taken down by “heroic” patrons.

The suspect allegedly shot two bartenders, a mother-of-one on a night out, a transgender woman and a local man celebrating a friend’s birthday.

“We respect all of our community members, including our LGBTQ community,” Colorado Springs Police Chief Adrian Vasquez said on Monday.

Mr Vasquez then read out their names along with their pronouns.

The police department’s deliberate move to not identify the victims using their government names in the wake of what appears to be an anti-LGBT+ hate crime was appreciated by people.

Tony Morrison, a senior communications director from the non-profit Gay & Lesbian Alliance Against Defamation (GLAAD), said that the organisation worked closely with the police department “to ensure that the names released will be the names they go by and respectful of the gender-expansive community here”.

He told US Today that the goal was to be “in lockstep with the families affected”.

Meanwhile, the police said that the gunman has been arrested on suspicion of five counts of first-degree murder, and five counts of hate crime causing bodily injuries. He is expected to face further charges.

Opinion: The fear for our LGBTQ family that never goes away

The rising cost of Thanksgiving

Shocking news out of the music world today, as Backstreet Boys singer Nick Carter has been accused of raping an

Usman and Kimberly Ask His Brother: Hey, Can We Adopt Your Kid?

Kathryn Dennis Served with Third Eviction Notice This Year: Ma’am Are You Okay?

Patrice Evra has backed France to knock England out of the World Cup in Qatar. The Three Lions take on

December 9, 2022 PeakNews 0
We use cookies on our website to give you the most relevant experience by remembering your preferences and repeat visits. By clicking “Accept”, you consent to the use of ALL the cookies.
Do not sell my personal information.
Cookie settingsACCEPT
Manage consent